Oh, Baby, Baby, how was I supposed to know that something wasn’t right here?

On Sunday, in a particularly cringe move, the “… Baby One More Time” singer dropped two photos of herself completely naked in a half empty bathtub with the caption “I like to suck!!! … Never professional pics … sucking comes easy for me !!! Keep clapping b——h !!!”

If you’re alone, a safe distance away from the prying eyes of your boss or innocent children, open up Instagram and take a gander at Spears’ page.

Turn down your phone’s brightness just in case, because the porn-ish gallery makes that infamous 2003 MTV kiss with Christina Aguilera and Madonna look like an episode of “Gilmore Girls.” 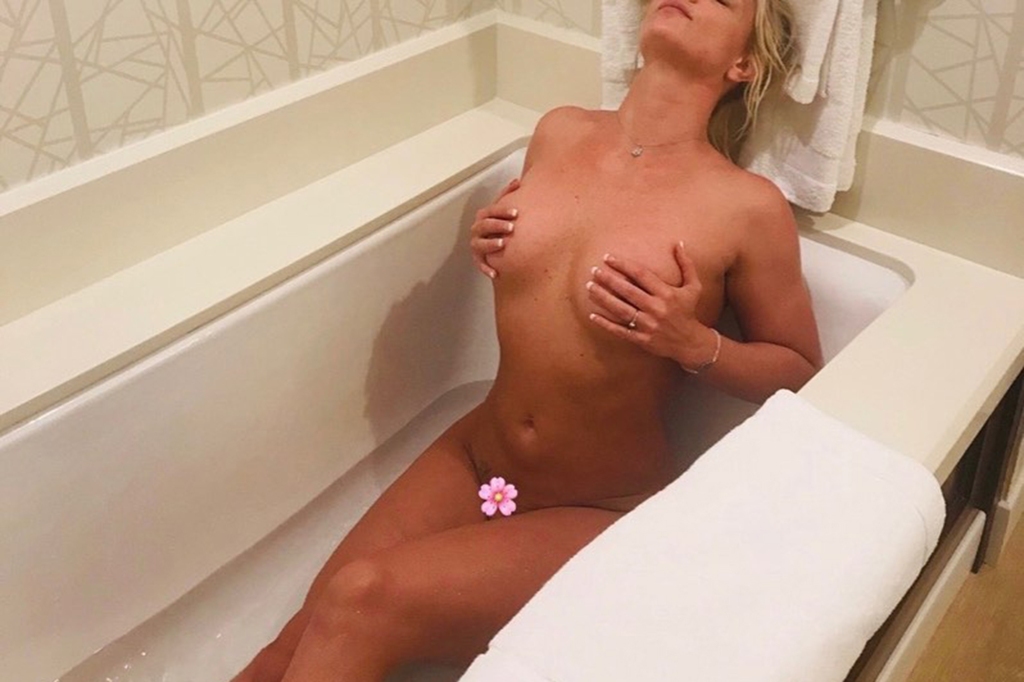 Britney Spears posted an image of herself naked in a bathtub to Instagram with the caption “I like to suck.”Instagram/britneyspears

You’ll be confronted by a barrage of trashy and nearly nude photos with heart and flower-shaped stickers barely covering unmentionables. The images are often accompanied by expletive-laced, gobbledygook captions. “SUP BIRDS !!! Come on b——h, clap back at me for two minutes … My own party !!! Smartest one … VERY GOOD !!!,” said one.

Spears has ramped up the controversial content in the past year since the end of her 13-year conservatorship, in which her father Jamie controlled all of her legal and financial decisions. There’s no question that freeing Britney from Jamie’s clutches was indeed the right thing to do and a reason to celebrate. But her unhinged social media storm is legitimately concerning, and some kind, caring soul needs to take away her social media access immediately.

Around Halloween, she posted a disturbing image of herself bloodied, lying unconscious on the floor in handcuffs and lacy pink lingerie. It was accompanied by a gruesome fake backstory about a woman being found dead after a night out: “She went to dinner with two girlfriends and had 1 drink … took a cab home but was found on the floor by her neighbor,” it read. Scary stuff. 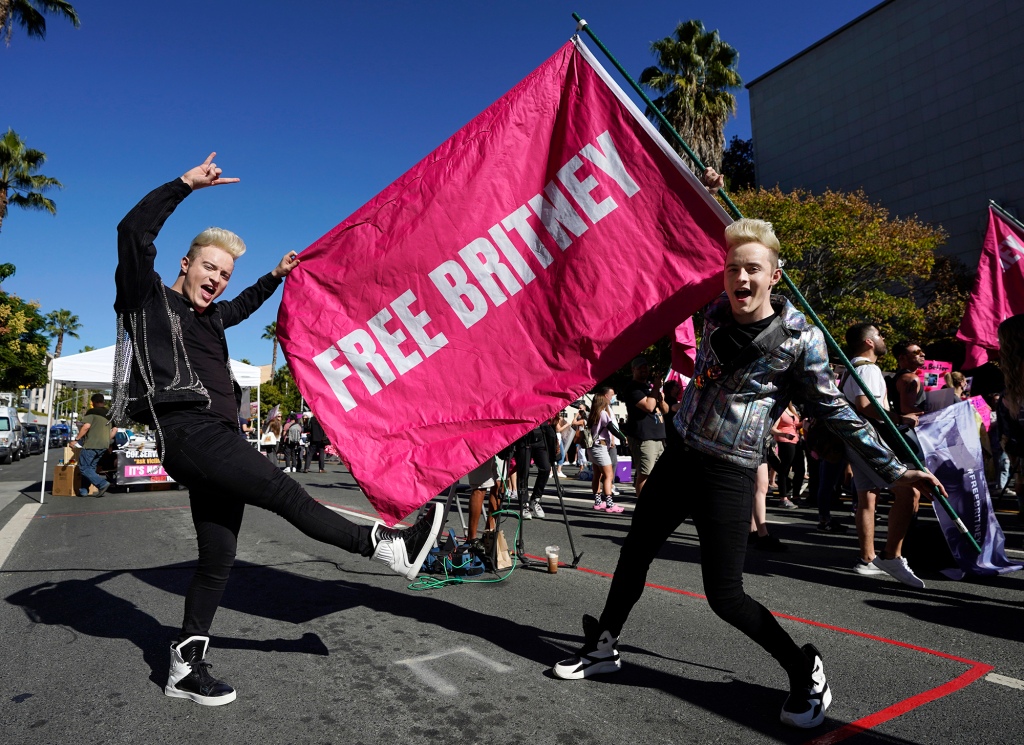 Fans protested in favor of Spears when she fought to end her 13-year conservatorship. AP

You hope and pray the account has been hacked by a nefarious actor in a Balkans basement with limited English, but it hasn’t. It’s 100% Brit. What on earth is she thinking? Her juvenile rebellion is awkward and embarrassing, especially for a famous mom with two teenage boys.

Spears has attacked her estranged parents and shouted down her ex-husband and the father of her kids, Kevin Federline, for questioning her parenting. She indirectly ripped her sister Jamie Lynn Spears saying “did you put your hand out when I was drowning????” She caused alarms when she put up a picture of herself with her hands around her own neck.

Such unhinged pleas for attention should worry fans. Instead they feed the fire with likes and perceive the pop princess’s internet stripping as the ultimate expression of the #FreeBritney movement and the completion of what her lawyer called a “decade-long nightmare.” 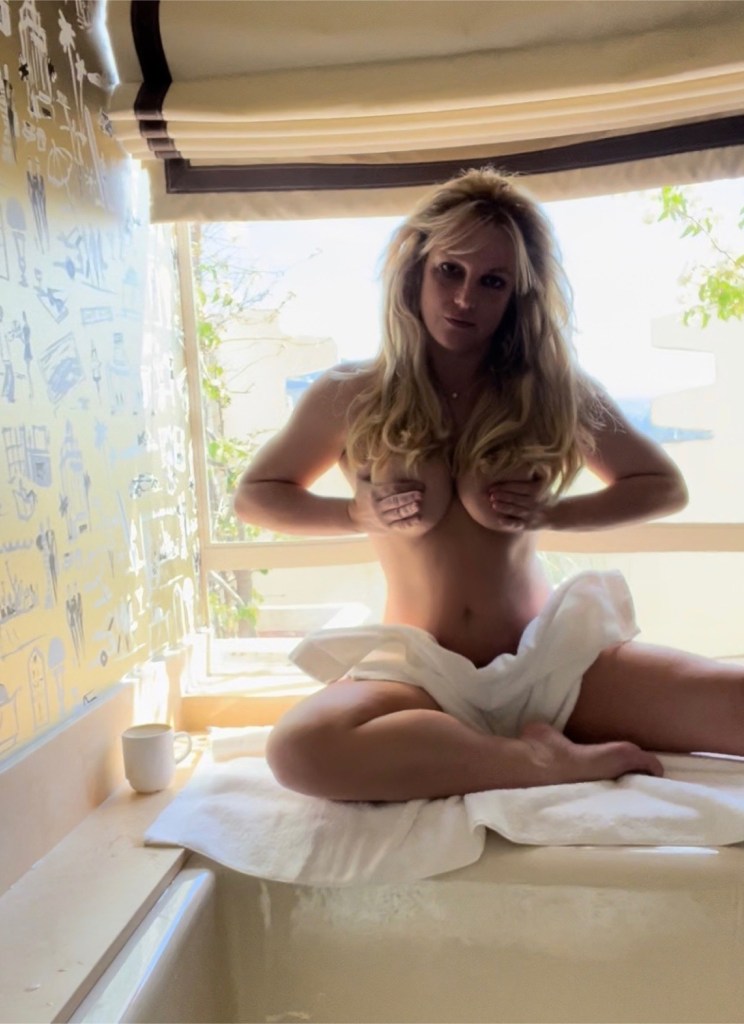 For instance, of Aguilera and her backup dancers she wrote, “I mean if I had Christina Aguilera’s dancers I would have looked extremely small … I mean why not talk about it ??”

The needless remark led to cries of “fat shaming!” and Aguilera rightly unfollowed her one-time rival.

Worse yet, Federline has claimed their sons don’t want to see their mom because of the raunchy Instagram use.

Every so often the “Circus” singer will deactivate her account only to go back to her racy, incomprehensible online ways a few days later. She should do away with it for good. The activity is tarnishing a legacy of hit songs and memorable performances.

somebody britney spears control instagram
Read The Rest at
nypost.com I got new bangs and now look hilariously like...