Saturday Night Live was quick to mesh two of the country’s hottest topics Saturday: the NFL playoffs and Rep. George Santos’s history as a drag queen.

Cast member Bowen Yang played the embattled congressman in the opening skit –in which the lying pol waltzed onto a football field in a glitzy red dress and black wig, similar to the one Santos was allegedly caught sporting at a 2005 Brazil pride parade, to serve as a news correspondent.

Cast member Mikey Day, playing an Fox NFL host, addressed him as “George” — and told him to get off the screen.

“I’m not George, I’m Kitara Ravache,” Yang said, using the name that Santos allegedly used while dressing up in drag in Brazil.

“I was also given the award for tightest tuck,” Yang said slyly. 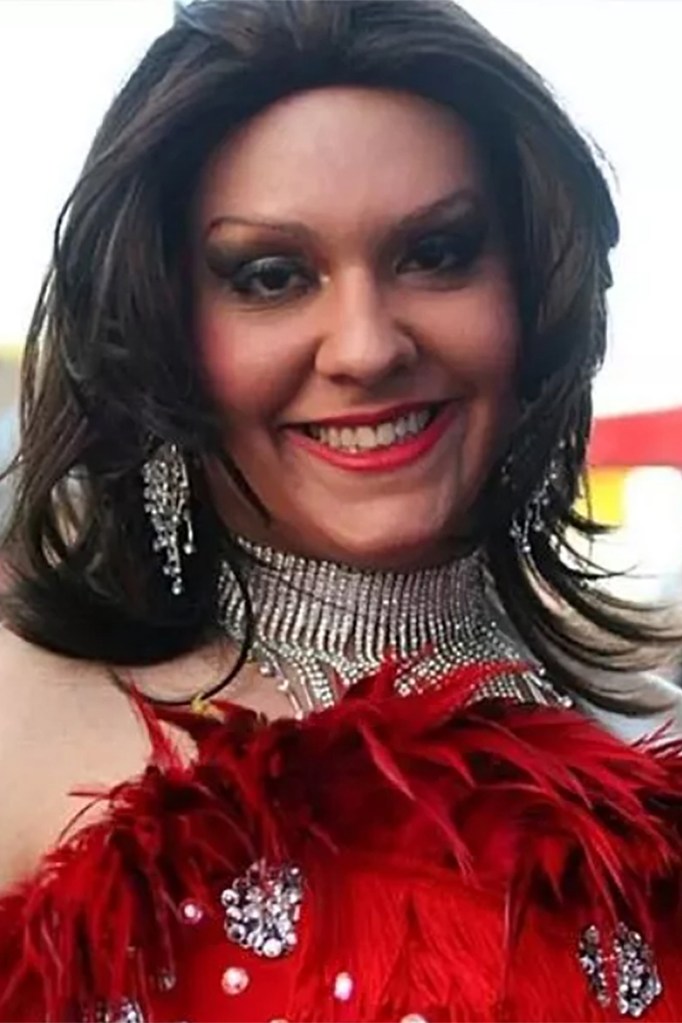 George Santos, allegedly in drag. under the name “Kitara Ravache.” 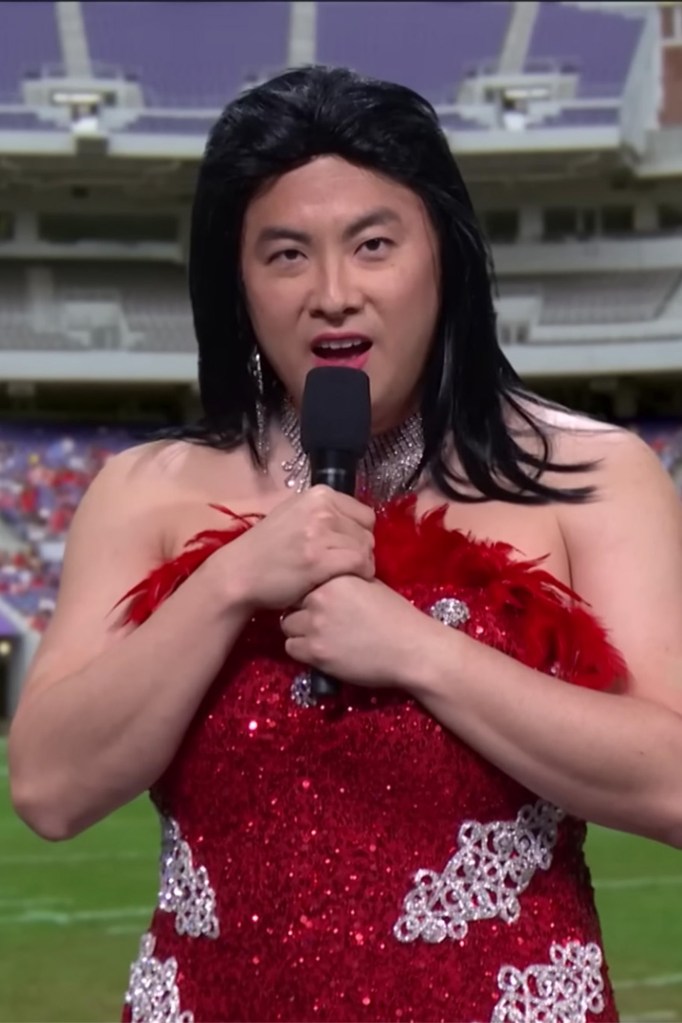 Yang, posing as Santos, then danced along to the NFL theme song, saying he was allowed to do so because his mother “died twice on 9/11,” a direct reference to one of Santos’s many lies. The Republican claimed his mother died in the Twin Towers collapse when she was actually in Brazil at the time and lived until 2016.

Santos finally admitted Saturday — just hours before the skit comedy show premiered — that he actually did dress up as a woman, but claimed it was a one-and-done performance.

“No, I was not a drag queen in Brazil, guys. I was young and I had fun at a festival. Sue me for having a life,” the openly gay freshman congressman said a week after the photo first emerged.

Yang reprised the role of Santos for the show’s Weekend Update but ditched the dress in favor of the politician’s typical sweater and blazer combo. 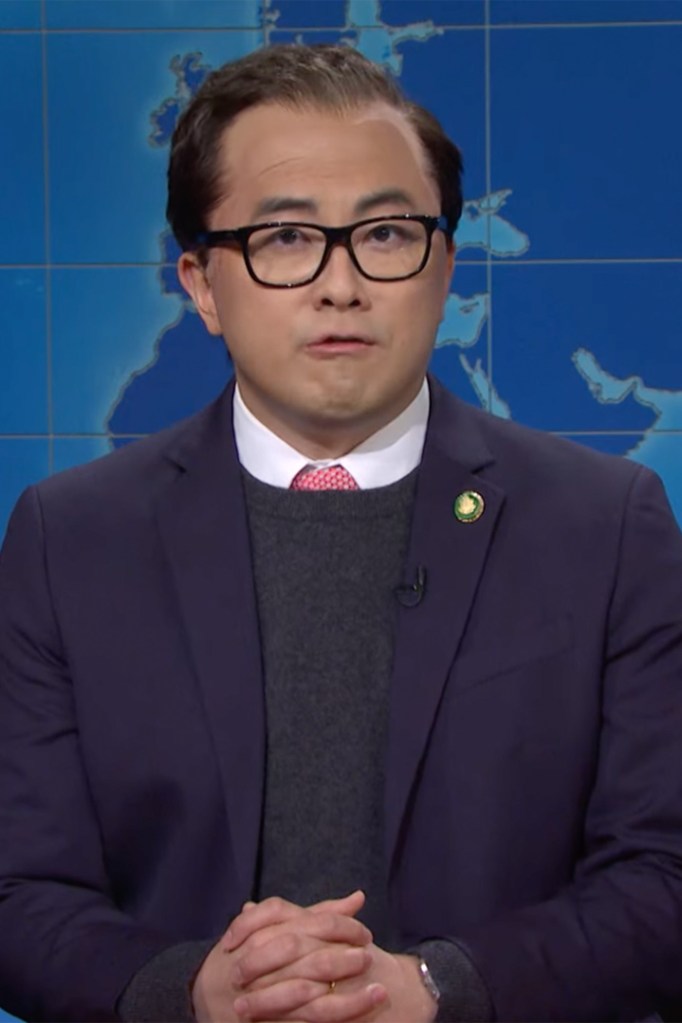 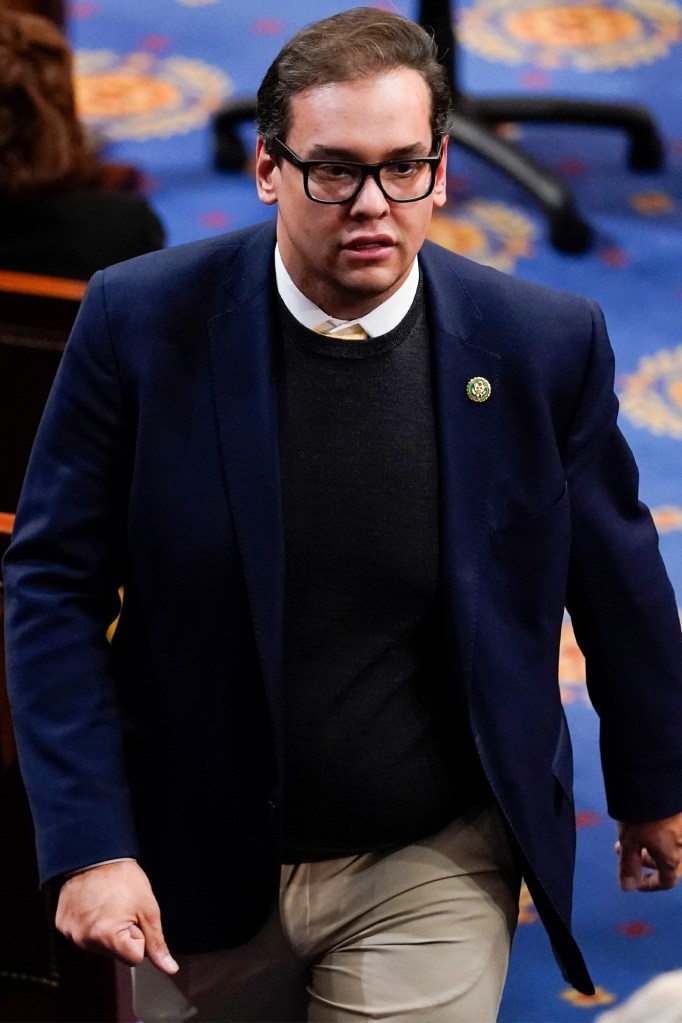 Host Colin Jost grilled Yang about the plethora of lies that have been exposed in the few short weeks since he assumed office — that he went to New York University, that he’s Jewish and that he worked for Goldman Sachs.

“No, I filled the gold man Sachs,” Yang said.

During the interview, Yang claimed to get a phone call from Madonna, that his grandparents told Anne Frank to keep a diary during the Holocaust and that his great grand uncle was Rasputin.

“That cannot be true, George. People need to know who you are,” Jost said.

“Okay, well I am George Santos, Miss Devolder if you’re nasty,” Yang said in reference to an alias Santos was caught on video using while attending a 2019 LBGT panel in New York City. 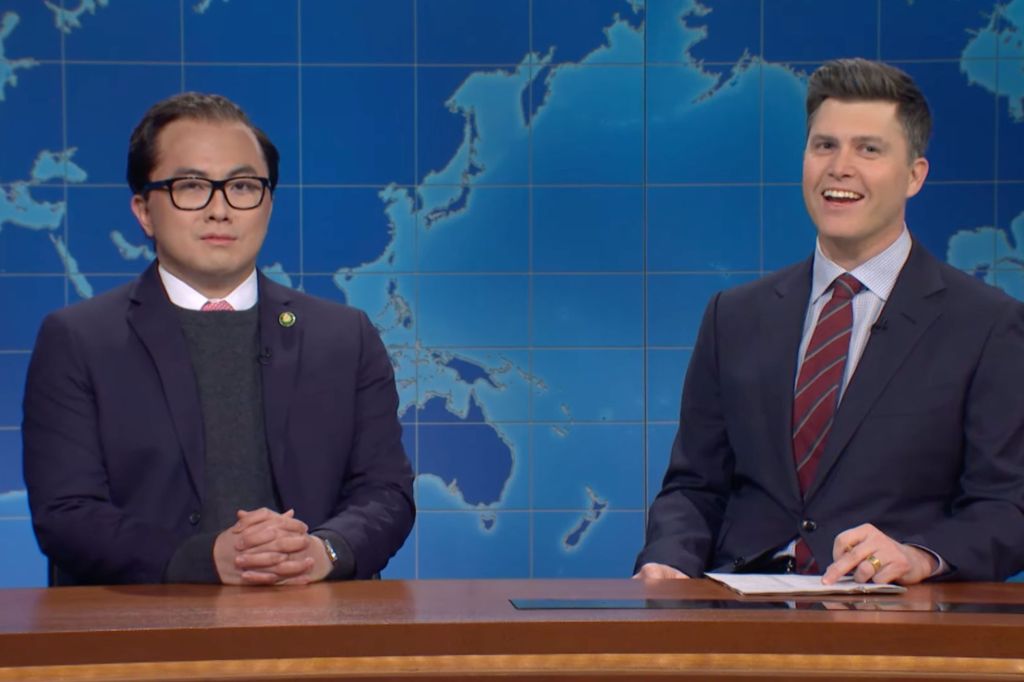 Eventually, Jost asked Yang point blank if he was just physically incapable of telling the truth.

Yang pushed back at first, saying he had proof SNL made him take a lie-detector test before appearing on the show. When he reached into his pocket, he instead produced a Covid-19 rapid test.

The Santos impersonator then gave in and said he spins so many lies because he is a “team player” and “the sport is lies.”

“At least mine are fun!” Yang said. “Meanwhile, Marjorie Taylor Green’s over here saying 9/11 didn’t happen. I just said it happened to me!”