John Tavares had a goal and an assist, Calle Jarnkrok and Auston Matthews also scored and Justin Holl had two assists for Toronto, which is 3-0-1 in its last four and 6-2-1 in its last nine. Ilya Samsonov had 31 saves.

Trailing 2-1 in the second period, Toronto it on a power play at 7:53 when Samsonov caught the Islanders on a long change with a stretch pass. Nylander quickly fed Tavares, who moved in alone and backhanded his 21st goal of the season upstairs against his former team.

The Leafs, who lost 3-2 in overtime to the Islanders here on Nov. 21, then took their first lead 1:40 later when Nylander used a delicate flip pass to send Jarnkrok in alone to score his 11th. 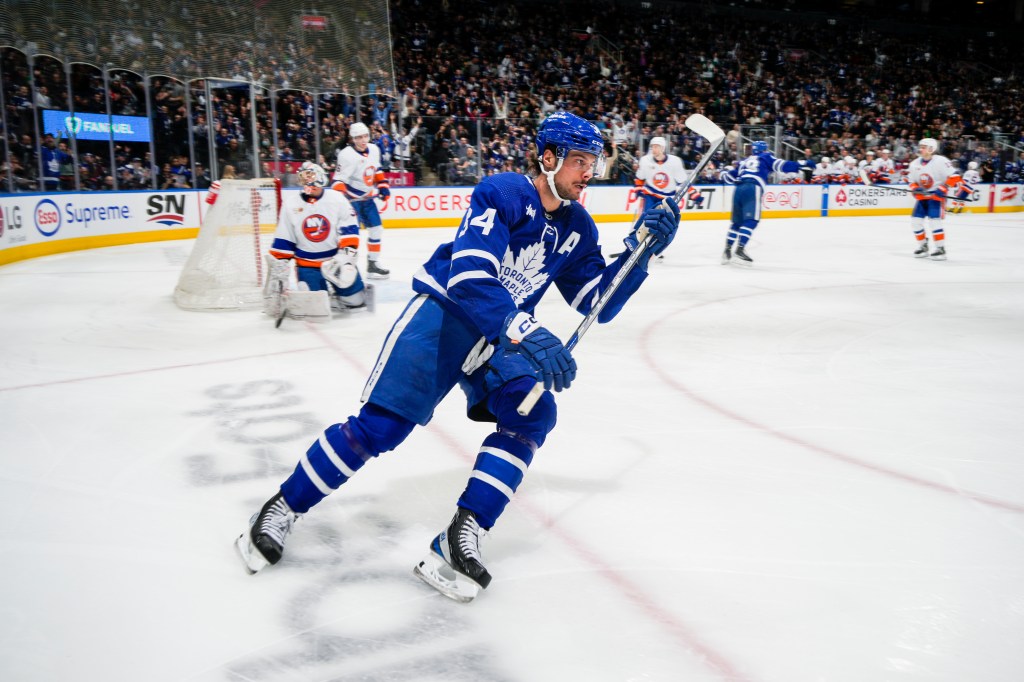 Auston Matthews celebrates after scoring during the Maple Leafs’ win over the Islanders on Jan. 23. NHLI via Getty Images

Sorokin stopped Michael Bunting’s penalty shot later in the period, but Nylander buried his second of the night and 26th overall with 3:28 left in the middle period after stealing the puck from Scott Mayfield in the offensive zone.

Matthews sealed the win with his 25th at 7:44 of the third on a breakaway off a pass from Holl.

New York opened the scoring with 22.2 seconds left in the first when Lee swatted home a loose puck in the crease for his 16th after Brock Nelson’s shot glanced off the Samsonov’s shoulder and hit the post. 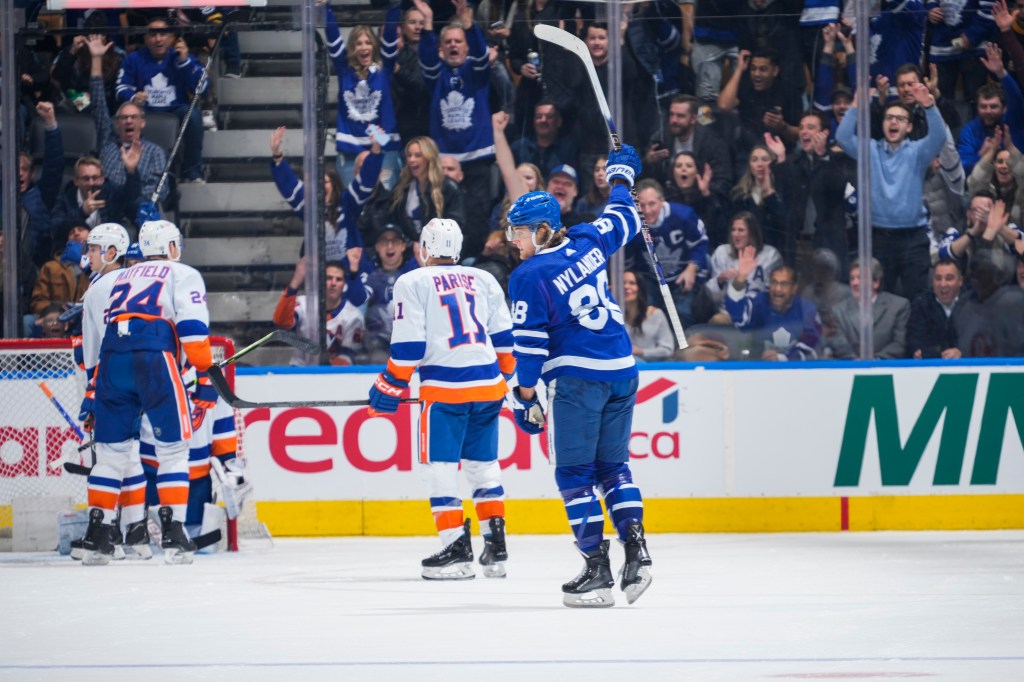 William Nylander celebrates after scoring during the Maples Leafs’ win over the Islanders on Jan. 23. NHLI via Getty Images 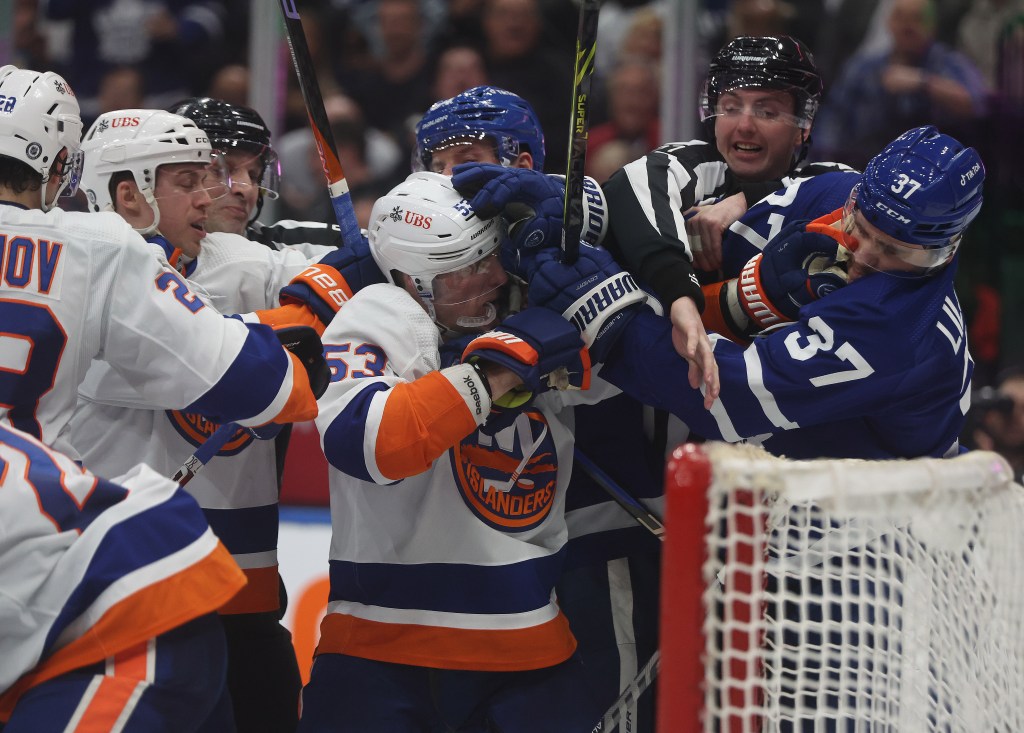 The Toronto goaltender was sharp on a number of chances earlier in the period, including a terrific blocker stop at full stretch on Casey Cizikas.

Toronto tied it at 5:07 of the second when Nylander scored off the rush after a nice play from Tavares.

Lee put New York back ahead 1:10 later on a one-timer that fooled Samsonov for his 17th. Rangers finally muck it up to gut out win over...