The Browns have mostly stunk up the joint this season, so a skunk becoming the team’s new rally animal is quite the twist.

A skunk stole the show in the stands at FirstEnergy Stadium in Cleveland on Sunday during the Browns’ comeback win over the Buccaneers. Fans posted videos and photos of the skunk to social media, trying not to get too close out of apparent fear of getting sprayed.

According to the Associated Press, a security guard put a box over the skunk, which later escaped after the Browns tied the game on a touchdown with 32 seconds left in regulation before winning 23-17 with just 19 seconds left in overtime. 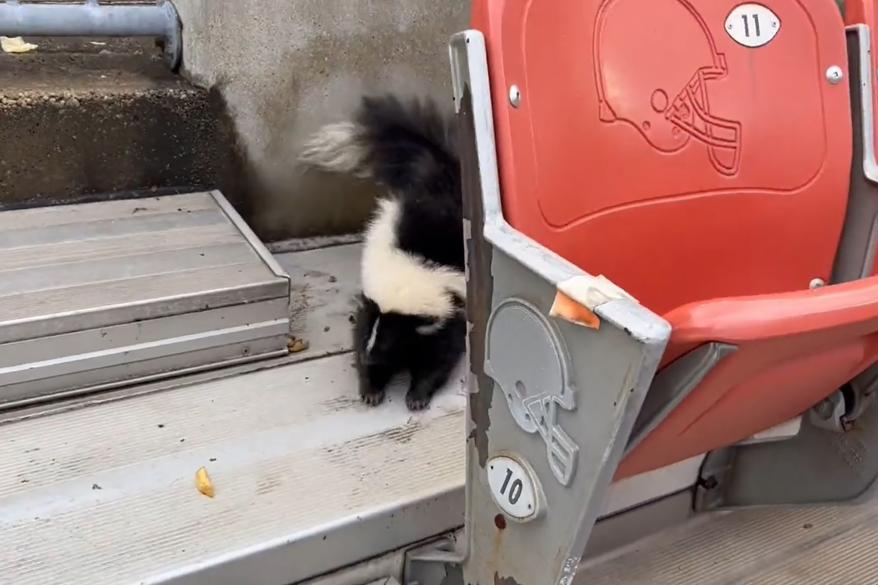 A skunk was in the stands at FirstEnergy Stadium in Cleveland during the Browns' win over the Buccaneers on Sunday. Twitter/@H_Grove 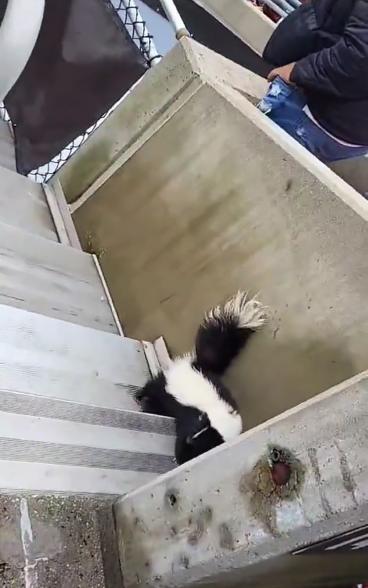 A skunk was in the stands at FirstEnergy Stadium in Cleveland during the Browns' win over the Buccaneers on Sunday. Twitter/@jdeluca_7225

Cleveland.com documented the skunk’s journey, with video showing it wandering a section in search of food before eventually finding its way out of the stadium. It reportedly did not spray anybody the entire time.

The skunk appearance comes four years after Browns fans embraced a “rally possum” which was in the stands during a “Thursday Night Football” game against the Jets. Cleveland ended a two-year winless drought that night.

The Browns had lost six of seven games before Sunday’s victory. They’re now 4-7 (3-3 at home) with Deshaun Watson set to return this week from his 11-game suspension against the Texans in Houston.

Jacoby Brissett had 2,608 yards, 12 touchdowns and six interceptions in 11 starts as the Browns’ quarterback and capped Sunday’s win by channeling former teammate Tom Brady, saying after the game, “That was f–king awesome.”

skunk steals during browns buccaneers
Read The Rest at
nypost.com