The World Cup 2010 in South Africa had Shakira. The 1998 tournament in France had Ricky Martin.

For many fans, the unofficial soundtrack of the World Cup in Qatar is fast becoming the incessant chanting of street marshals, better known as Last Mile Marshals.

Seated all over Doha on high chairs more commonly used by lifeguards at swimming pools, these migrant workers have become a staple of the Middle East’s first World Cup.

They point visitors flooding into this Arabian Peninsula nation in the right direction on their search for public transportation. It’s an important crowd control measure as some 1.2 million fans are expected to inundate Qatar, a country home to 3 million people.

The vast majority of the marshals come from Kenya and Ghana. They say they responded to job ads in August and September, ahead of the World Cup. 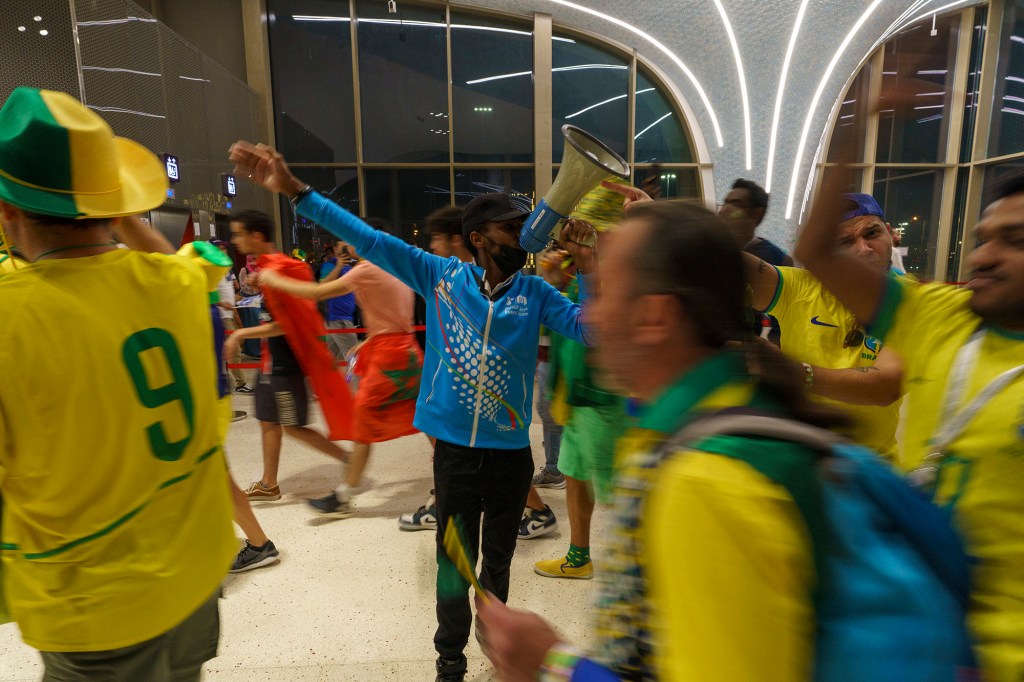 The instructions spark laughter among fans who often join in with the chants.

“Which way?” the fans chant.

“This way,” ushers respond, pointing a giant foam finger toward a station on Doha’s new massive underground metro built for the tournament. 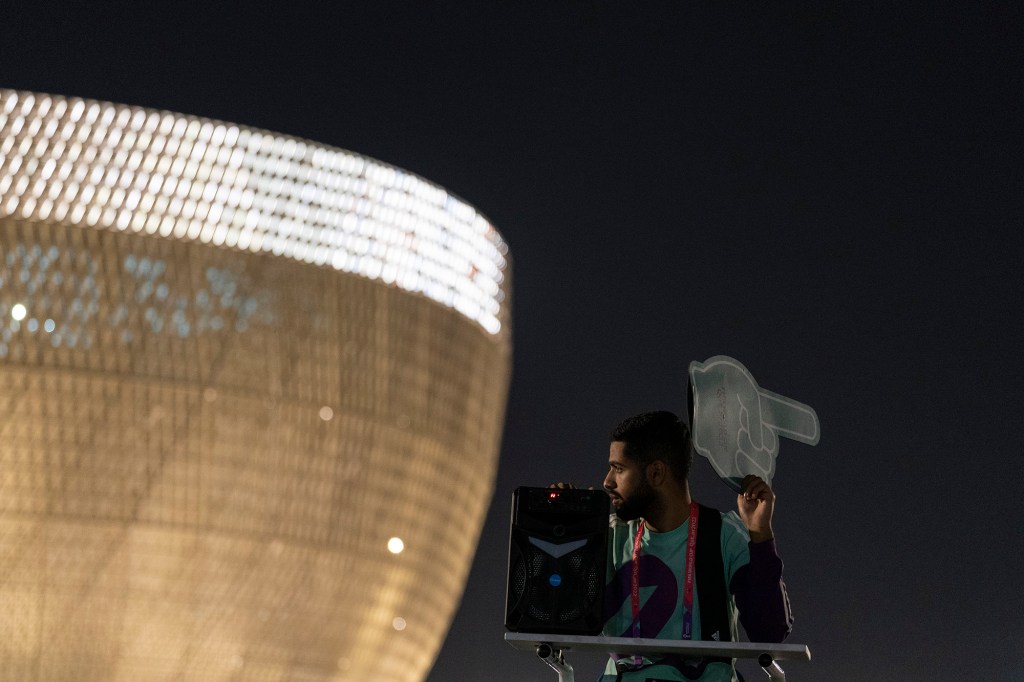 The marshals use foam fingers to direct traffic and control crowds.AP

Abubakar Abbas of Kenya says it all started as a way of easing boredom during his first days of work.

“The fans were just passing by without any engagement,” Abbas told The Associated Press from his high chair outside the Souq Waqif metro station. “So I decided to come up with an idea where I can engage the fans and be interesting at the same time. That’s how I came up with the idea and thank God it is trending now.”

Qatar’s World Cup has already produced memorable moments on the pitch, including Argentina’s surprise defeat to Saudi Arabia and Germany’s loss to Japan.

Outside the stadiums, the marshals’ trance-like chant is stuck in people’s heads.

“Even when I sleep at night, I hear ‘metro, metro, metro’ ringing in my head,” he said.