Viewers were in for a treat when the actress made a surprise appearance during Sam Smith’s Jan. 21 performance on “Saturday Night Live.”

Smith debuted the title track for their upcoming album, “Gloria,” which was introduced by host Aubrey Plaza. The performance opened with Smith surrounded by a choir, while the “Casino” star lounged on a blinged-out bed, front-and-center.

For most of the elaborate performance’s duration, Stone laid on the bed, looking out into space while a musical masterpiece unfolded in front of her. Towards the end, she got up and looked out to the audience.

Smith wore a gold sequined cape and dangling earrings while Stone opted for shiny gold heels and a black dress with glittering accents. 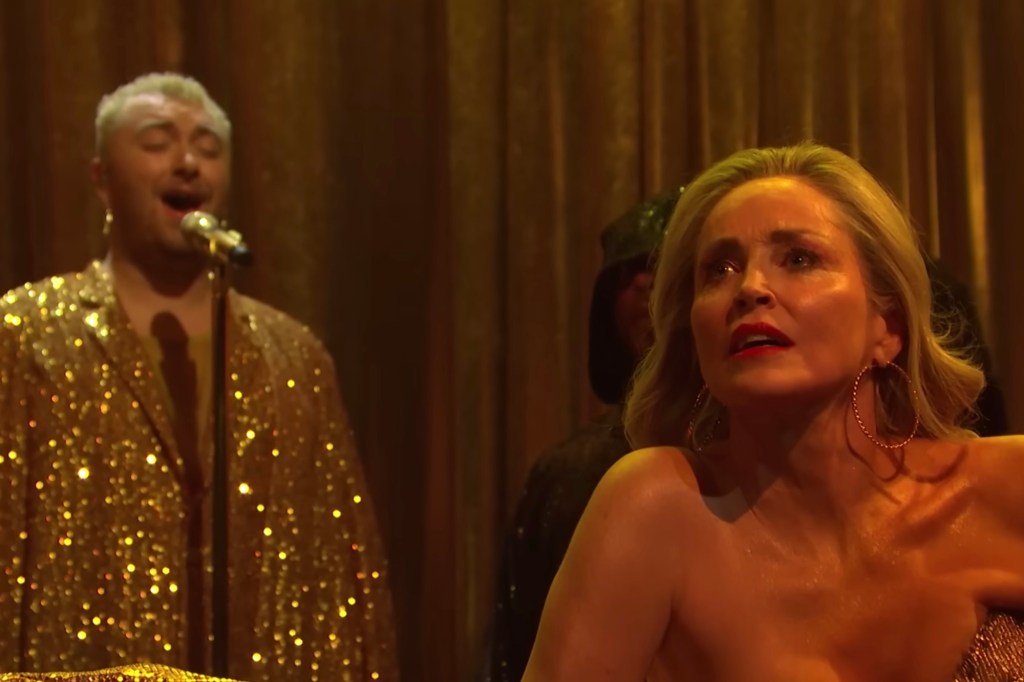 The singer’s decision to have Stone join them on stage might not be a coincidence — curiously, Stone was the star of the 1999 film”Gloria,” directed by Sidney Lumet, a remake of the 1980’s version from renegade filmmaker John Cassavetes.

In the movie, Stone plays a woman who was just released from prison after covering for her gangster boyfriend, and returns to New York City to get back the money she was once promised by him.

The “Stay With Me” singer’s SNL appearance comes just days before the release of their new album, “Gloria,” which is set for a Jan. 27 release. This is their third time as a musical guest on the comedy program. 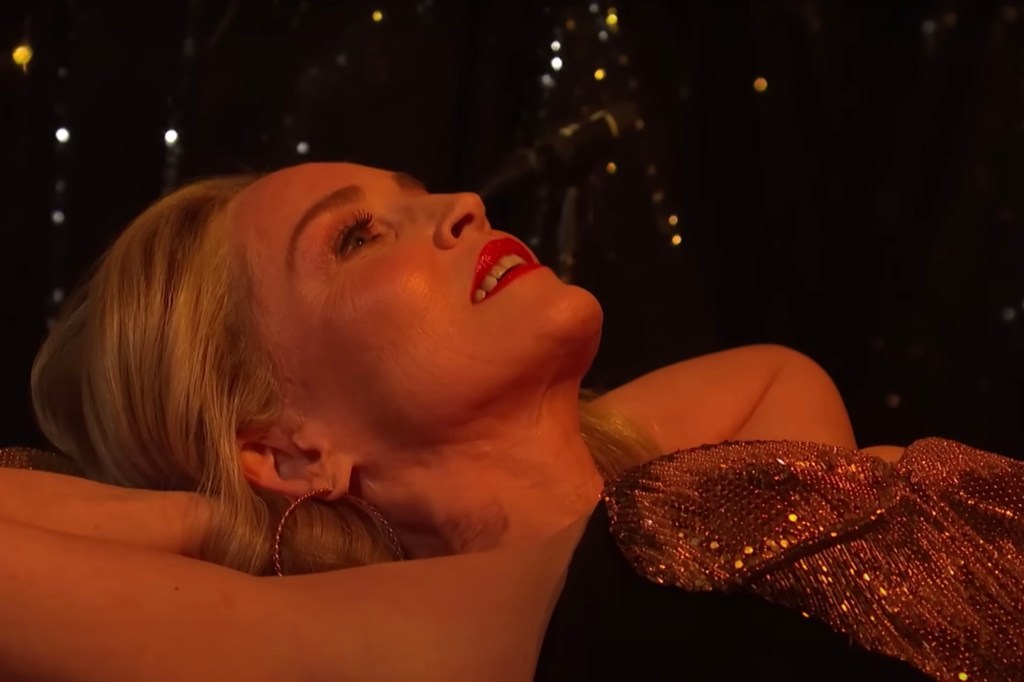 Sharon Stone starred in the 1999 movie “Gloria,” so her appearance during Smith’s performance might not be a coincidence.YouTube/SNL 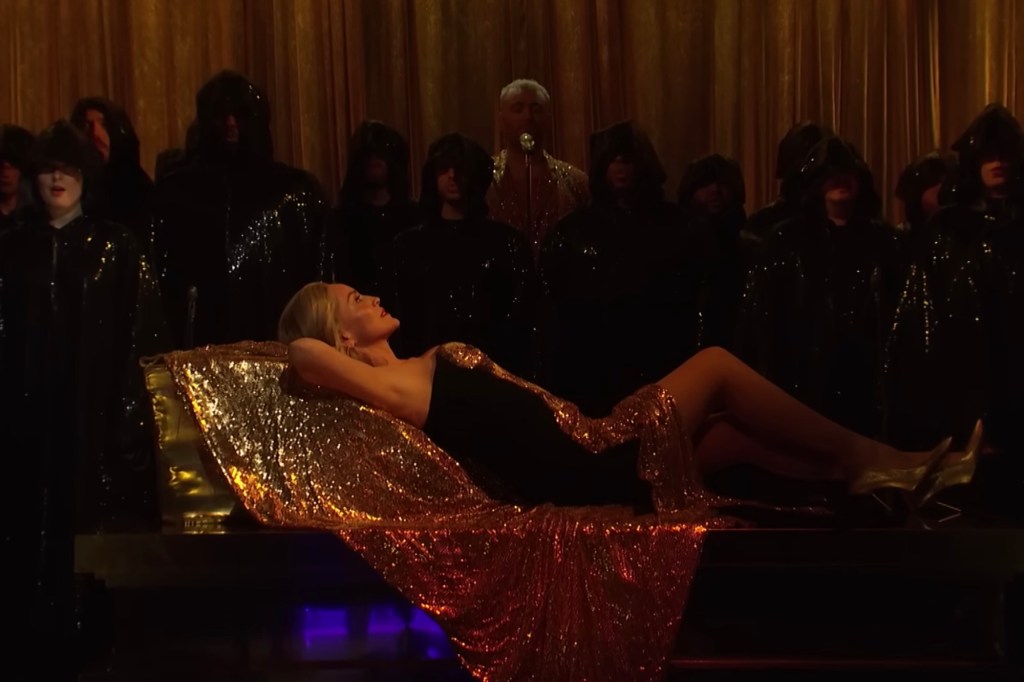 During most of the duration of the performance, Stone laid on a bed in front of the audience. YouTube/SNL 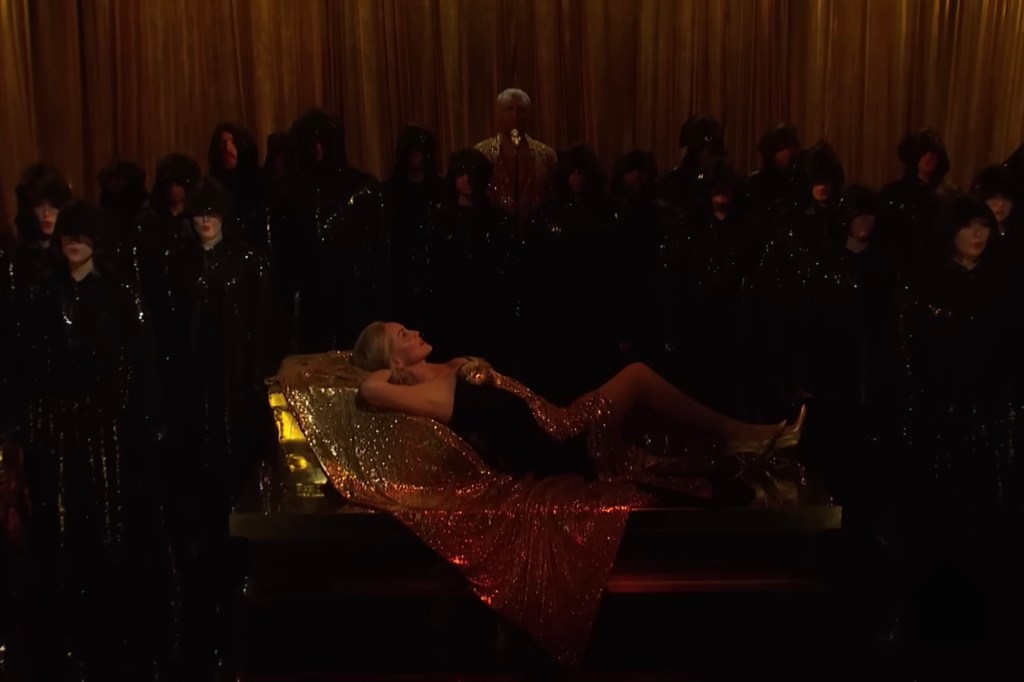 Stone was surrounded by a choir during Smith’s “Saturday Night Live” performance. YouTube/SNL

However, this is was not Stone’s first rodeo on “SNL” — the model hosted an episode during their 17th season in April 1992, according to IMDb. Famous grunge-rockers “Pearl Jam” were the musical performance during her hosting stint.

During her opening monologue, the “Silver” star lit a cigarette and sat in a chair, joking about the “pleasure” working on the show had given her.

“Gloria” will be Smith’s fourth album release, which they describe as a monumental piece of work for them.

“This record really is about emotional, sexual and spiritual liberation, and [is] a coming-of-age record for me,” Smith told Refinery29 earlier this month.

The album is currently available on pre-order.