Shape-shifting Christian Bale takes his body to extremes once again for ‘Thor: Love and Thunder’ “Thor: Love and Thunder” is a candy-colored carnival of action and humor, and a welcome return of favorite Marvel characters: Chris Hemsworth’s Thor, Natalie Portman’s Jane, Tessa Thompson’s Valkyrie and Chris Pratt’s Peter Quill, popping in from the “Guardians of the Galaxy” franchise.

One face you may have failed to identify in the trailer: Gorr the God Butcher, who’s played by Christian Bale. But if you know anything about Bale, you’ll know this guy is recognizably unrecognizable.

Bale, 48, is the industry’s standard for body modification. Over the decades we’ve watched him pack on the pounds for a role only to shed them, and then some, for another part.

The second “Thor” movie from director Taika Waititi brings in the “Batman” star as the installment’s villain, a disillusioned former believer out to bring down all deities — of which Thor is, of course, one. 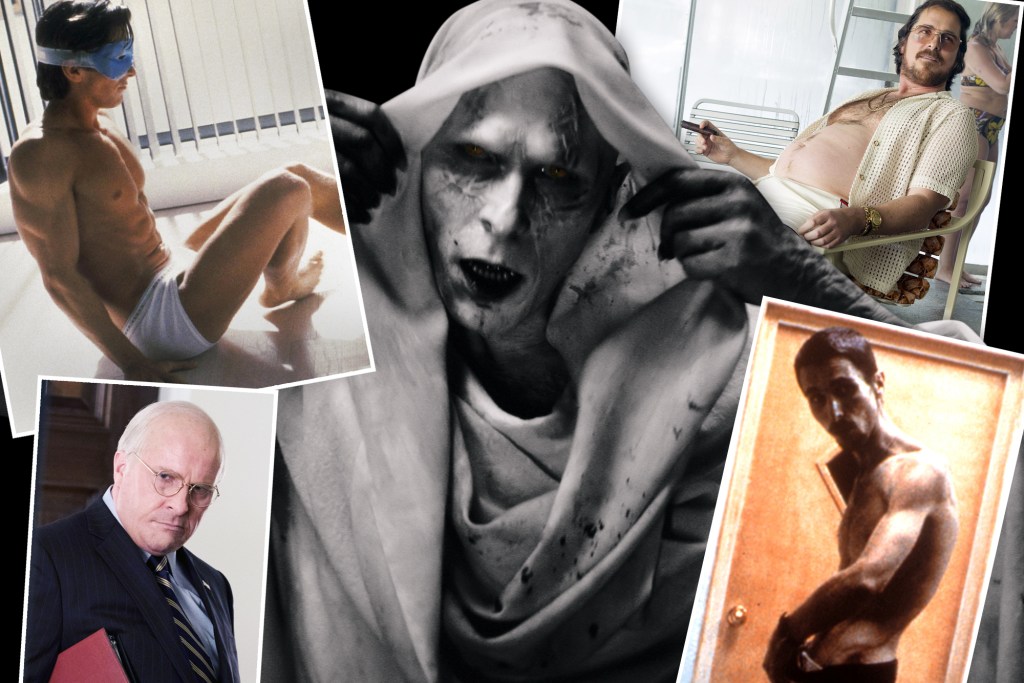 No transformation is too intense for British actor Christian Bale, who loves a good disappearing act, sometimes going to extremes to conceal his true identity. Bale in “Thor” (clockwise from center), “American Hustle,” “The Machinist,” “Vice” and “American Psycho.”NY Post composite

Gorr looks something like a vampire crossed with Marilyn Manson, though Bale says the latter wasn’t intentional. “I hadn’t heard that. I was certainly influenced by the look of Nosferatu,” he told Deadline, referring to the classic 1922 F.W. Murnau silent horror film starring Max Schrek as an undead count.

Like Schrek’s old-time vampire, Gorr has creepily long fingernails, which were the one aspect of the look Bale said he couldn’t deal with. “It rendered me completely incapable of everything. I was pathetic. I found myself thinking things like, ‘I don’t think I can walk because I’ve got long nails.’ It affected my brain. I was like, ‘I can’t eat, I’ve got long nails.’ I was trying to type. I couldn’t do anything.”

Bale said he also drew on one particular video from the British techno artist Richard D. James, whose professional name is Aphex Twin.

“He’s got an incredible video called ‘Come to Daddy’ — there’s a character in that that Taika and I both enjoyed, and he was my reference, even though perhaps the children would have run to the exits screaming had we fully embraced that,” Bale said. 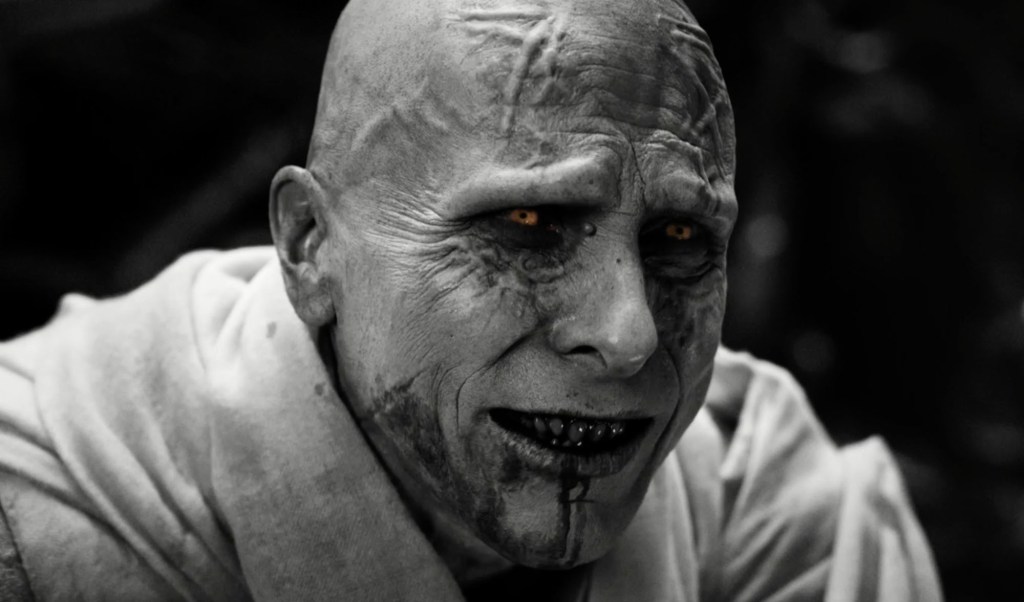 A new role as Gorr the God Butcher in the new Marvel Cinematic Universe film “Thor: Love & Thunder” is the latest disappearing-in-plain-sight act for the versatile Christian Bale.Marvel Entertainment 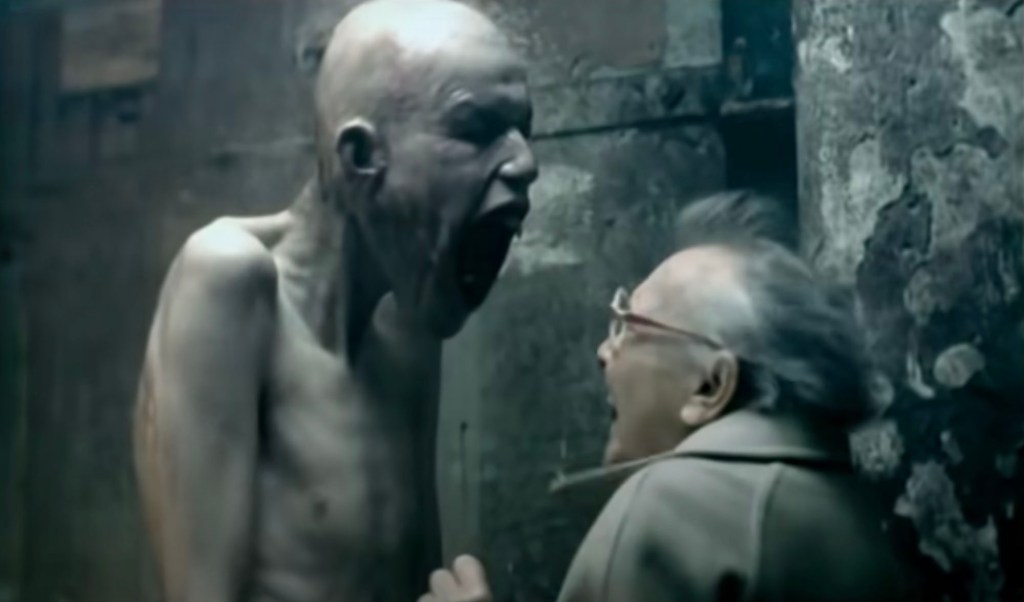 The grotesque character in the video for “Come To Daddy” by Aphex Twin served as an inspiration for Christian Bale’s Gorr the God Butcher in “Thor: Love and Thunder.”Youtube Screengrab / Chris Cunni

But when it came to recreating the cartoonishly bulked-up outline of the comics character, Bale’s dedication to his roles actually tanked the plan. “I went from one film straight to ‘Thor.’ I usually like to have a lot more time, but this was like three days,” he told Entertainment Tonight. “I was already quite skinny for the film I’d made before.”

And when Bale tells you he was skinny, believe: He’s dropped unhealthy amounts of weight for several roles. To play an insomniac in 2004’s “The Machinist,” he lost 63 pounds, a regimen in which he said he “ignored food” and ran all the time.

Two years later, he starred in Werner Herzog’s Vietnam War drama “Rescue Dawn,” as a prisoner of war; it was a role that required him to lose enough weight to look like an emaciated prisoner, as well as to eat live maggots.

In 2010’s David O. Russell boxing drama “The Fighter,” he dropped a ton of weight to play a drug-addicted boxing manager, once again by “running like crazy.”

Of course, he’s capable of going in the opposite direction, too: Teaming up with Russell again in 2013, he gained enough weight to have a real pot belly in “American Hustle,” and in 2018, he put on 40 pounds, shaved his head and bleached his eyebrows to play former Vice President Dick Cheney. 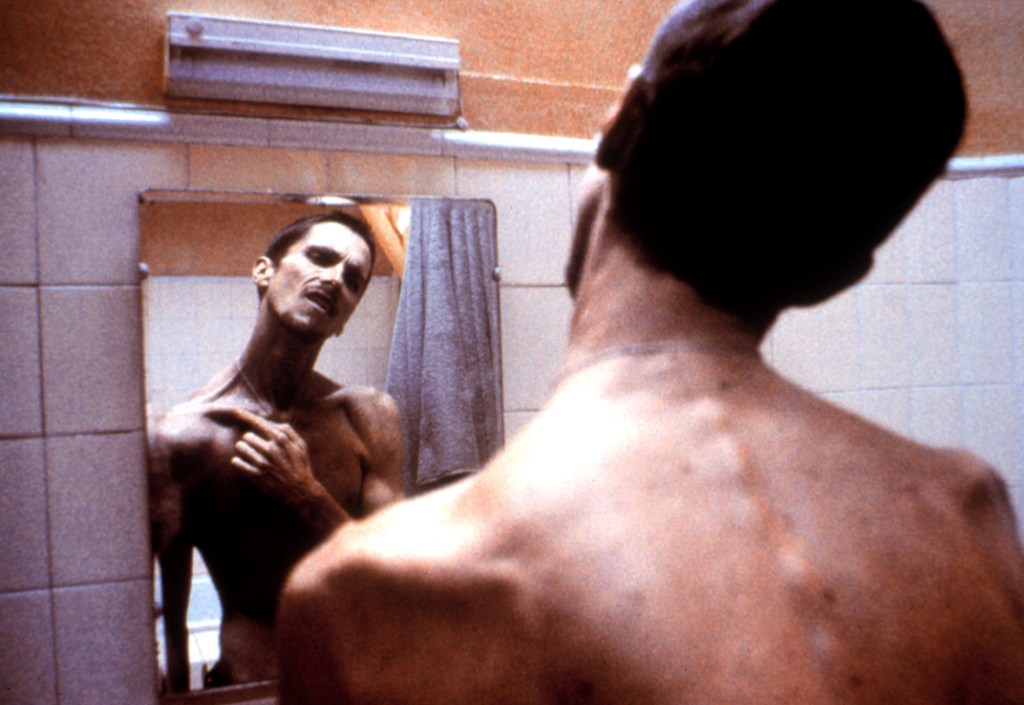 Bale was a shadow of himself in 2004’s “The Machinist.”©Paramount Classics/Courtesy Ev 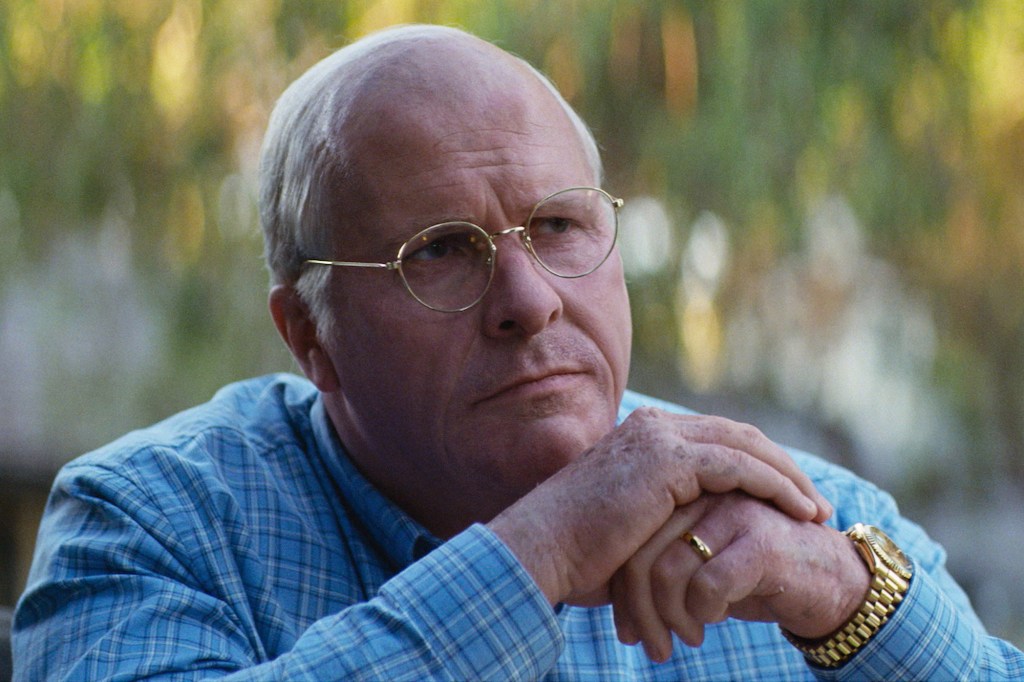 But, unable to pack on muscle for a role in a mere three days, he went back to the source material, and discussed options with Waititi and his team.

“We looked at the comic book character, who’s quite muscular, and I said, ‘Well that just can’t happen, so we have to look at his supernatural powers instead,'” he said to ET. “And also, how can you compete with Chris [Hemsworth] in terms of muscles, you know? No matter how much I would have worked out, I would have looked pitiful by comparison.”

Cut to “three-and-a-half hours” in the makeup chair, according to Bale, and they had the look, down to the nails and the black bile that spills out of Gorr’s mouth.

But one aspect of the character’s history turned out to be too much for the powers that be at Disney.

“He’s a highly religious character at the beginning with tattoos displaying his piousness, and then he becomes disillusioned with that, and then literally just mutilates himself to get rid of that,” Bale told IGN. “It was perhaps a little bit too extreme to be included in the film, but there was a lot of wonderful stuff that we shot.” 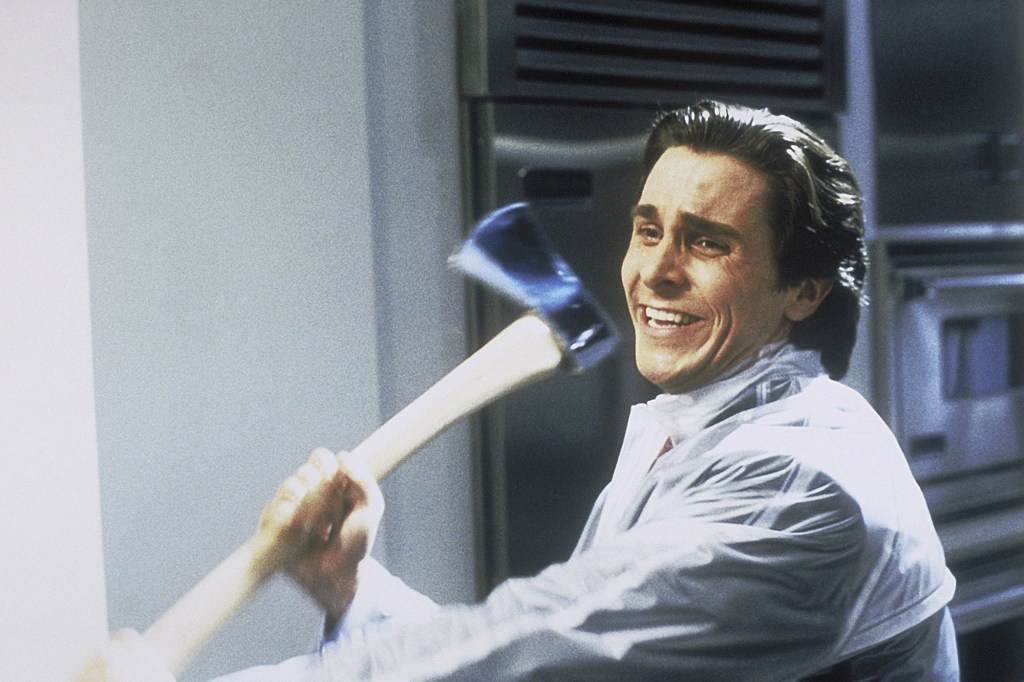 Whether the role as it is will measure up to Bale’s most infamously extreme part, the jacked-up, coked-up Patrick Bateman in 2000’s “American Psycho,” remains to be seen.

Either way, we can always hope the jettisoned footage will be shown one day: “There’s so much gold that’s on the cutting room floor, hilarious stuff, and creepy as hell stuff, but that was perhaps pushing it to a realm where maybe it wouldn’t have been able to be family friendly,” he told Collider, “which we always wanted it to be.”