Shannon Sharpe didn’t mince words Monday when unloading on “clown” Antonio Brown after the wide receiver posted a photo of himself with Tom Brady’s wife, Gisele Bündchen, on Instagram over the weekend.

Sharpe, a three-time Super Bowl champ, chided Brown, 34, on “Undisputed” for “taking a shot” at Brady’s wife, amid reports of marital woes between the Buccaneers quarterback, 45, and the supermodel, 42.

“AB’s a clown and he’s been a clown for the longest,” said the 54-year-old Sharpe. “He’s done in the NFL. Nobody’s gonna waste their time, and last night took the cake for me. I’m done… After he posted Tom Brady’s wife and said what he said. That man took your ass in. That man revived your career. Nobody was gonna give you a chance. And you take a shot at this man’s wife?”

Brady reportedly let Brown stay with him in 2020 after the receiver signed with Tampa Bay. Although the duo won a Super Bowl together in Feb. 2021, Brown’s tenure with the Buccaneers ended in disastrous fashion in January, when he ran off the field shirtless at MetLife Stadium in the middle of a game against the Jets.

Brown’s post with Bündchen came one day after footage surfaced of the embattled widout exposing himself to guests in a May 14 pool incident in Dubai. 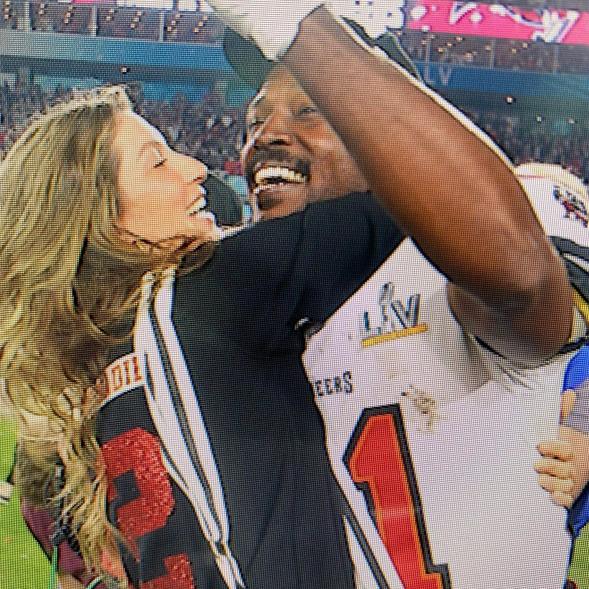 Antonio Brown posted a photo of himself Gisele Bündchen, Tom Brady's wife, on Instagram over the weekend. Instagram 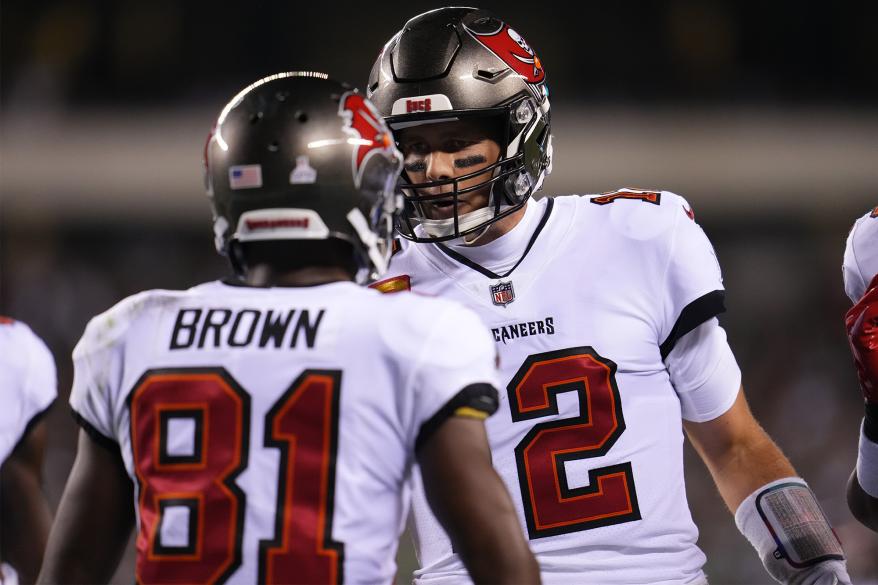 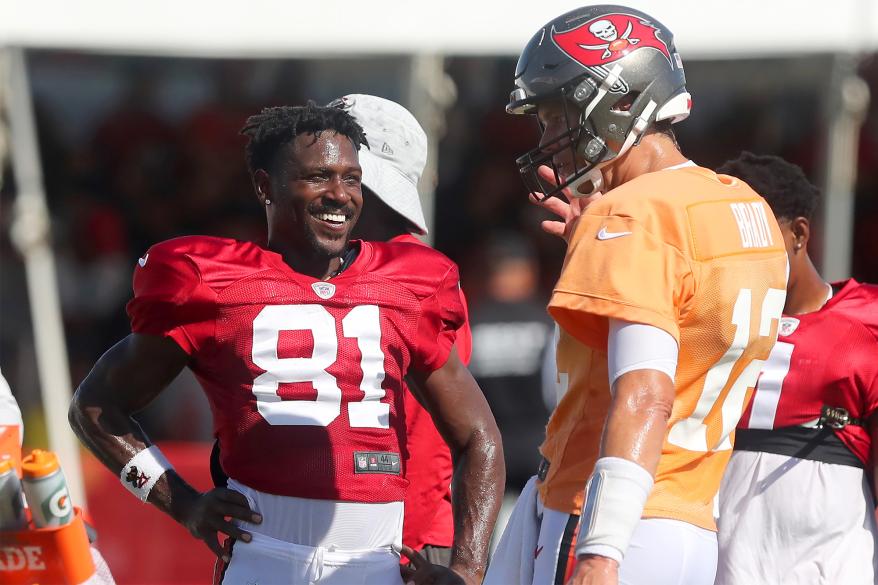 As for Brady, who is in his third season with the Buccaneers, Page Six exclusively reported in Sept. that the quarterback and Bündchen engaged in a series of heated disputes over his decision to un-retire. Weeks later, however, sources close to Bündchen said their marital issues have “nothing to do with his decision to return to the NFL,” noting those allegations are “sexist.”

Though Bündchen tweeted her support for Brady and the Buccaneers during their season-opening win against the Cowboys last month, she has not been seen at games. 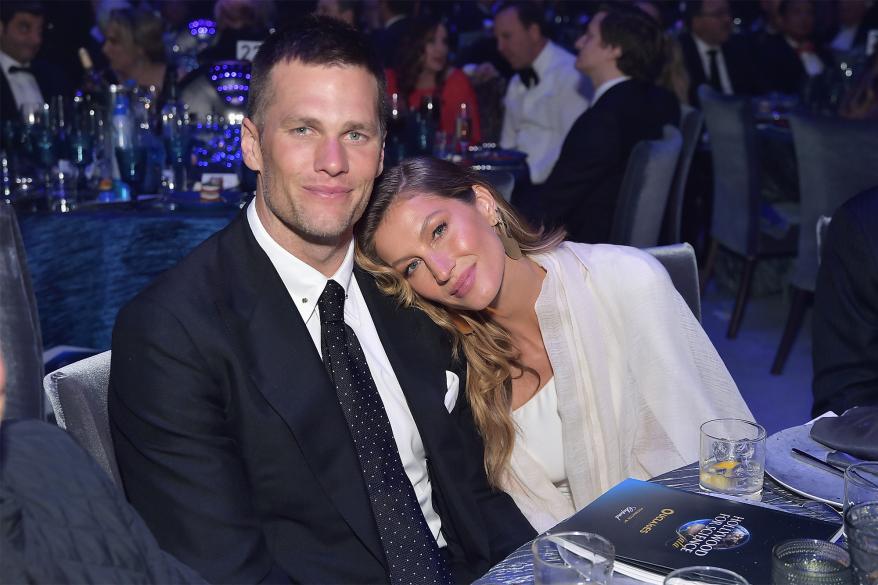 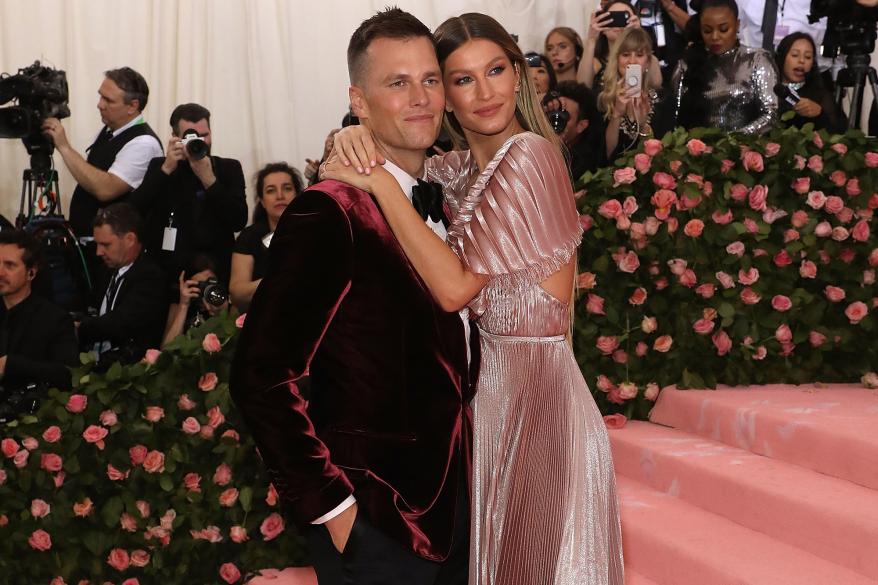 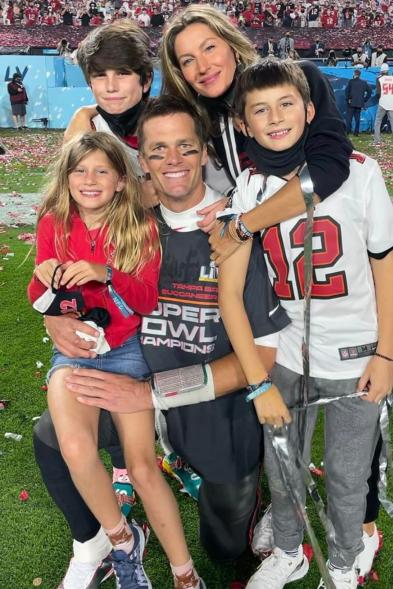 “They both have lawyers and are looking at what a split will entail, who gets what and what the finances will be,” a source said.