Shannon Sharpe apologized for sparking an NBA melee over the weekend, stating on Monday’s episode of “Undisputed” that he takes “full accountability for what transpired” during the Lakers’ 122-121 win over the Grizzlies in Los Angeles on Friday night.

“As you probably have heard or seen Friday night at the Lakers game, I want to apologize for my behavior,” Sharpe said on Monday’s broadcast. 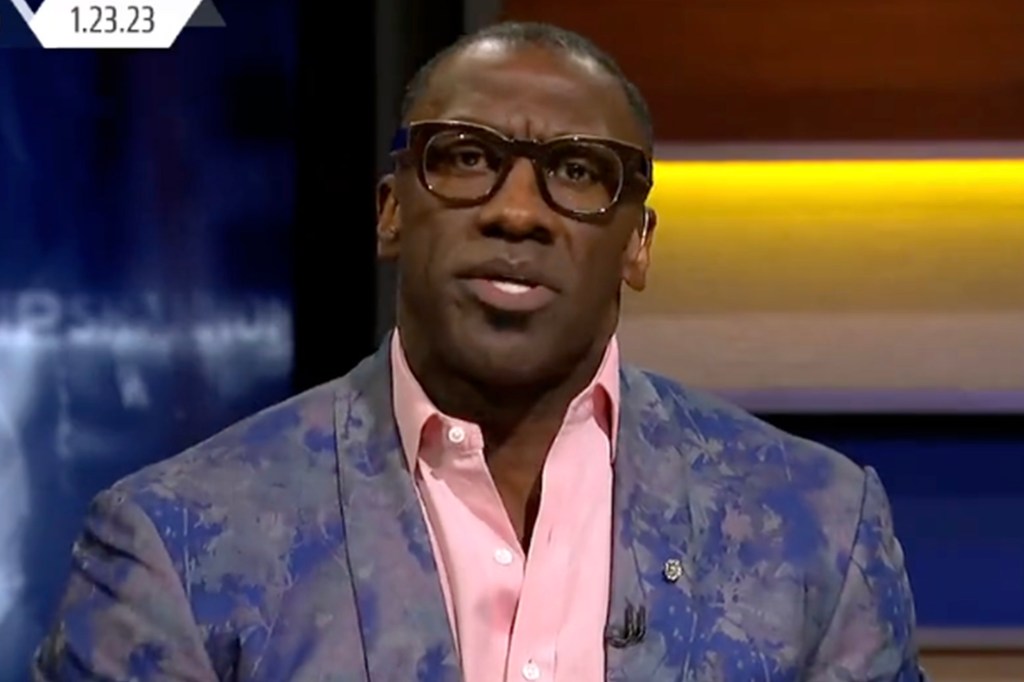 Shannon Sharpe addressed the NBA melee from over the weekend on Monday’s episode of “Undisputed.”Twitter/Undisputed

The 54-year-old Sharpe was in attendance for Friday’s Lakers-Grizzlies game at Crypto.com Arena, where he and Tee Morant, the father of Grizzlies star Ja Morant, had to be separated from one another at halftime.

In footage of the incident, Grizzlies wing Dillon Brooks appeared to yell in the direction of the NFL Hall of Famer, who shouted back. Brooks’ teammate, Steven Adams, later approached Sharpe, who was sitting courtside.

Tee Morant also made his way toward Sharpe and appeared to exchange words. Both parties spoke with security in the arena’s tunnels following the heated incident and returned to their seats for the second half. Sharpe and Tee Morant embraced at the conclusion of the third quarter. 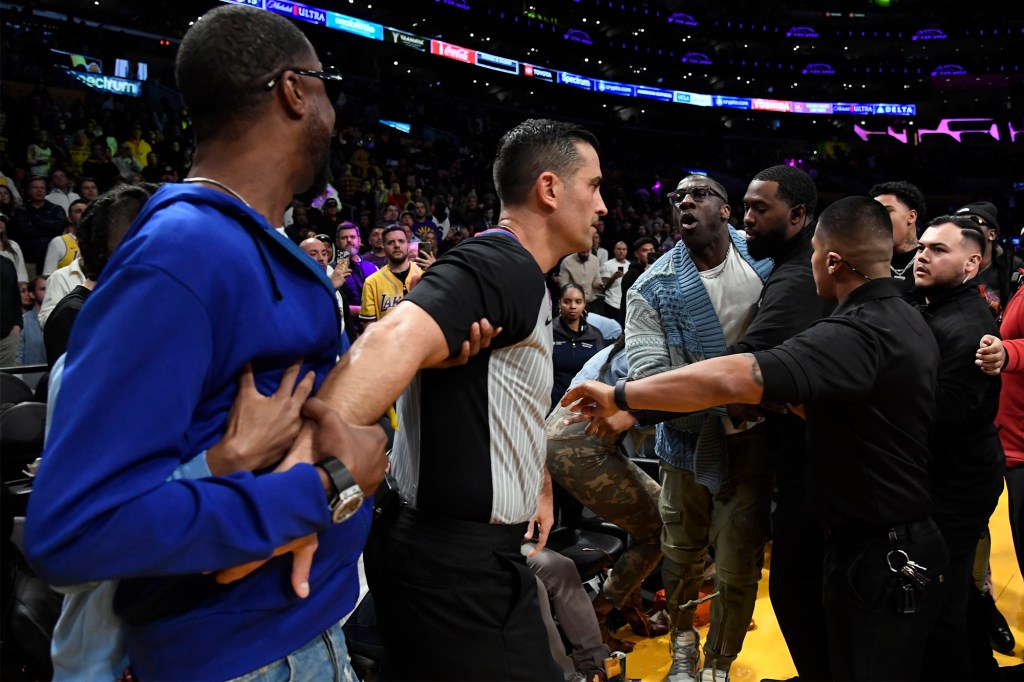 Shannon Sharpe and Tee Morant (left) are separated by security and referees after a verbal altercation during a Lakers-Grizzlies game on Jan. 20, 2023.Getty Images

“It does not matter what Dillon Brooks said or how many times he said it, me being the responsible person, me having the platform that I have, and having so many people look up to me, I was wrong,” Sharpe said.

Sharpe then took a moment to apologize to the Grizzlies and Lakers organizations, including friend LeBron James, who supported the Fox Sports personality following the incident. Sharpe then extended an olive branch to Brooks, calling him a “fierce competitor.” 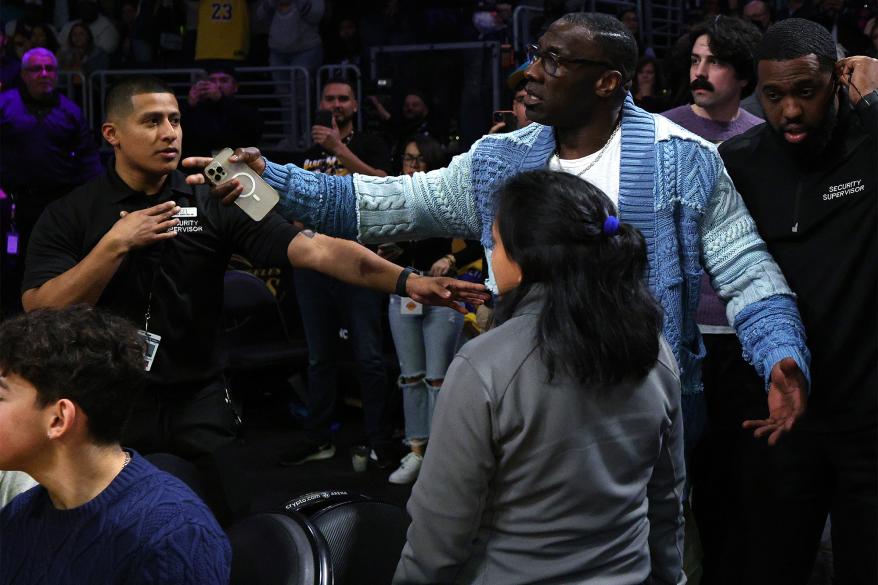 Shannon Sharpe is restrained by security during the Lakers-Grizzlies game on Jan. 20, 2023. Getty Images 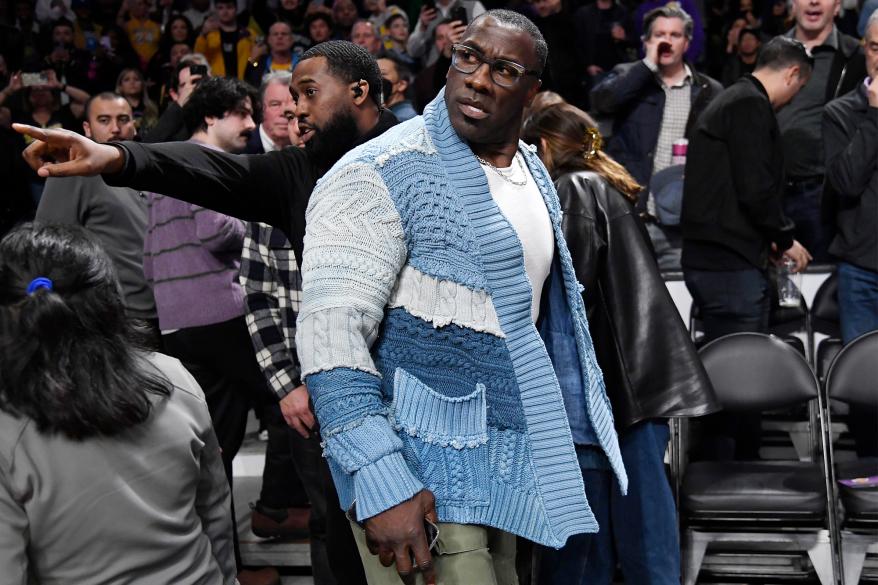 Shannon Sharpe looks on following a verbal altercation with Tee Morant during the Lakers-Grizzlies game on Jan. 20, 2023. Getty Images 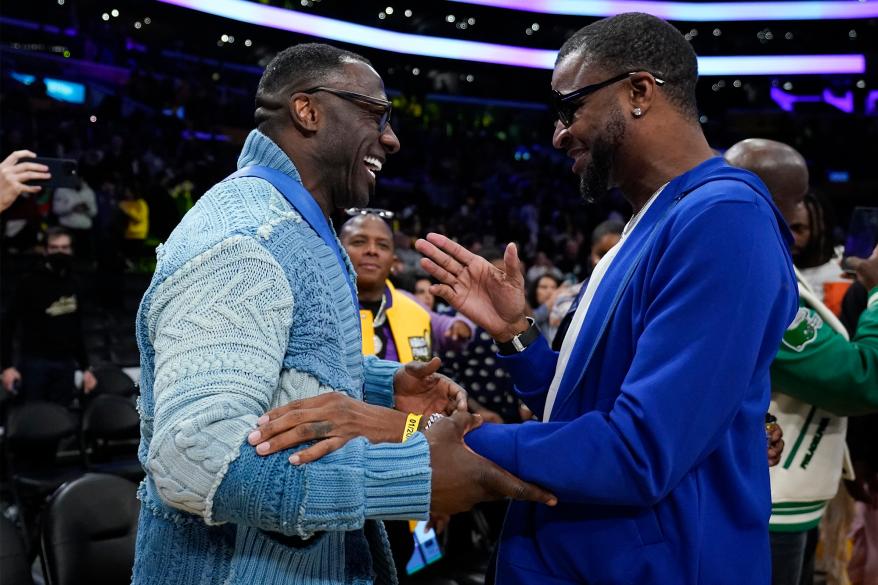 “I wish you the best of luck the rest of the season and continued success,” Sharpe said, before adding what a “privilege” it was to see Ja Morant play “up close.”

Sharpe then apologized to his loved ones and Fox family “for any unwanted attention that I brought your way.”

“I’m sorry for all those that saw my actions and took offense to my actions, I am sorry,” he said.