Saquon Barkley will be heavily promoted as the focal point of a game that isn’t good for his health.

How’s that for irony?

The Giants star running back returned Sunday from a 51-week layoff to recover from a major knee injury, and now he has a quick turnaround to Thursday Night Football’s matchup of Saquon Barkley and the Giants visiting Washington.

“I don’t think this schedule is ideal for coming back from a major injury,” Barkley said. “But that’s what it is. That’s the challenge I have to face.”

Barkley played 28 snaps against the Broncos but was on pace for a heavier workload until sitting out the second half of the fourth quarter, after the score got out of hand. His longest gain on 11 touches – 10 carries and one catch – was a 5-yarder on the first play.

“My explosiveness, to me, is not a problem. It’s all still there,” Barkley said. “I didn’t really get myself an opportunity to have a long one.” 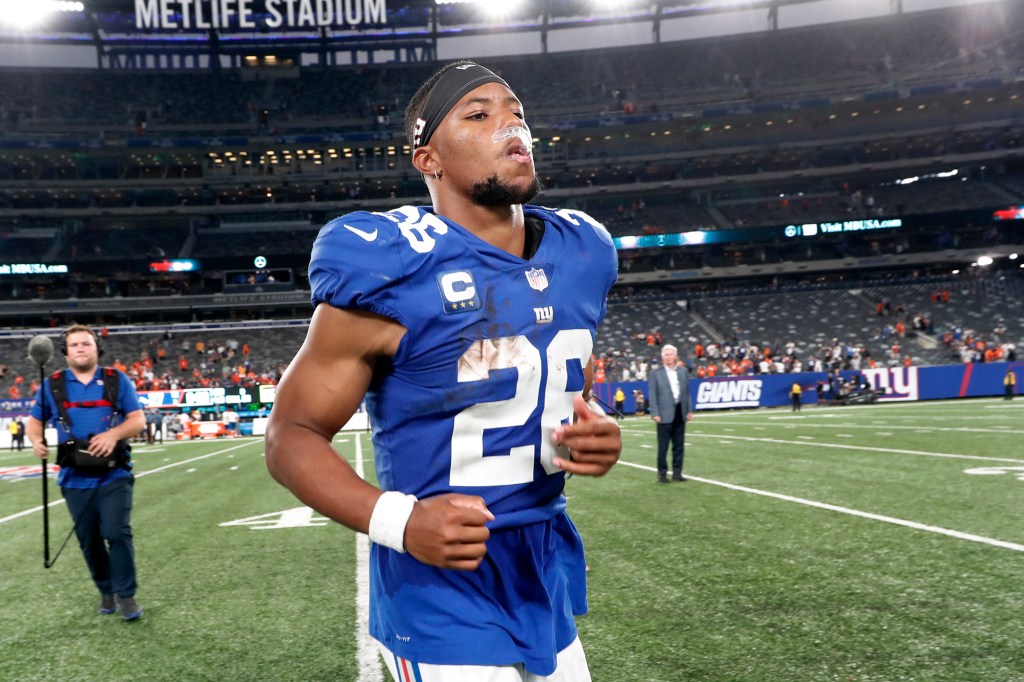 Barkley woke up Monday morning feeling sore – a feeling he missed that comes with the pounding NFL running backs take – and has been listed as limited on estimated injury reports off of walk-throughs this week. He will start, but when will he know if he is ready for two games in five days?

“Thursday, when I’m out there,” Barkley said. “I feel like warming up will definitely indicate it, whereas here I’m not really running full speed.” Pope Calls For 'Integration' For...