Sam Darnold’s job as the Carolina Panthers’ starting quarterback comes with those two little words that everybody in his position dreads hearing.

“Sam is the No. 1 guy right now,” Panthers general manager Scott Fitterer said on Pro Football Talk’s podcast. “He has every opportunity to take it and run with it. We hope he does well.”

Hope is not a strategy, however. In other words, Darnold is the Panthers quarterback – ahead of head coach Matt Rhule’s old Temple connection P.J. Walker as well as rookie third-round pick Matt Corral – until they find a better option. Unless they don’t.

“The one thing we’re looking to do is stabilize the position. It’s been up and down, up and down,” Fitterer said. “We’ll see how it goes. [Sam] is in the lead right now, but until someone really owns that position, gives us an opportunity to win, it will always be up for grabs.” 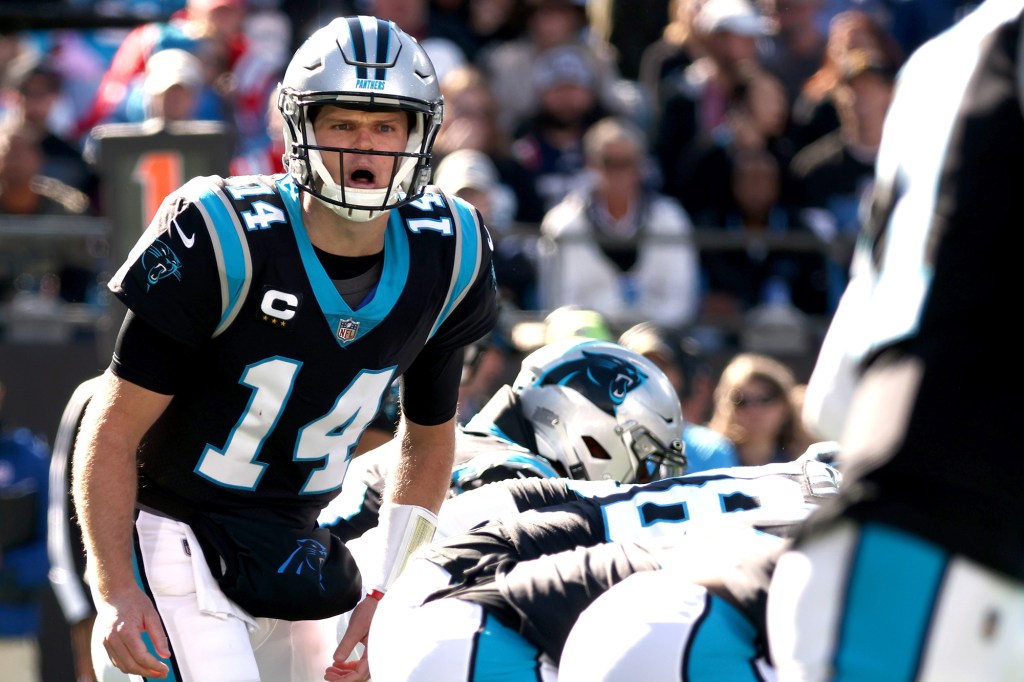 Could Corral really win the job? If he “gives us the best opportunity to win,” Fitterer said.

The Panthers’ decision to trade a 2023 third-round pick to move up from the fourth round to the third of the 2022 NFL Draft in order to take Corral seemed to signal the end of interest in trading for a veteran starter like Baker Mayfield or Jimmy Garoppolo. After all, the Panthers can’t keep emptying the coffers of draft picks – they traded three to the Jets for Darnold – trying to find the right quarterback.

Not so fast, however. Fitterer left the door open a crack.

If the Panthers trade for Mayfield – which almost certainly would require the Browns eating a chunk of his fully-guaranteed $18.8 million salary – they would have the No. 1 and No. 3 overall (Darnold) picks in the 2018 draft on the roster. 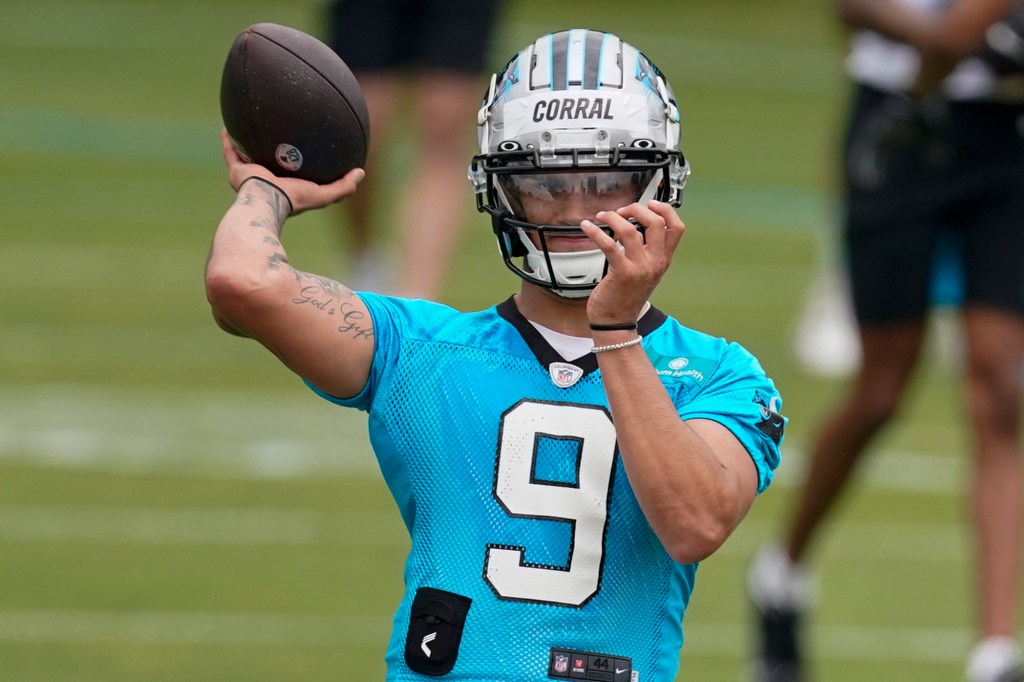 “I would say quarterback or any other position,” Fitterer said, “if there’s someone out there that we think can help us, we’ll keep our minds open. We have the money set aside to make several different moves and that was important for us to do. We want that flexibility, but if someone can help us regardless of position, we’ll make a move at some point.”

The Panthers started 3-0 last season before running back Christian McCaffrey’s injury and offensive line issues derailed Darnold and the season.

“I thought he did play well the first three games,” Fitterer said. “With Sam when he has time, he delivered the ball [and] looked good. … It’s hard to play that position and it’s not solely on the quarterback, it’s on us.”