Britney Spears’ husband Sam Asghari came to her defense after the Princess of Pop’s ex-husband Kevin Federline slammed her for posting nude photos on social media.

Federline, 44, recently claimed that Spears’ two children — Sean, 16, and Jayden, 15 — have chosen not to see her over her racy Instagram snaps.

Asghari added that Spears is just expressing herself now that her 13-year conservatorship has ended.

“Eventually if not already they will realize their mothers choices are harmless and an expression of newly found freedom,” he said. “There is nothing to be embarrassed about just lots of things to be proud of.” 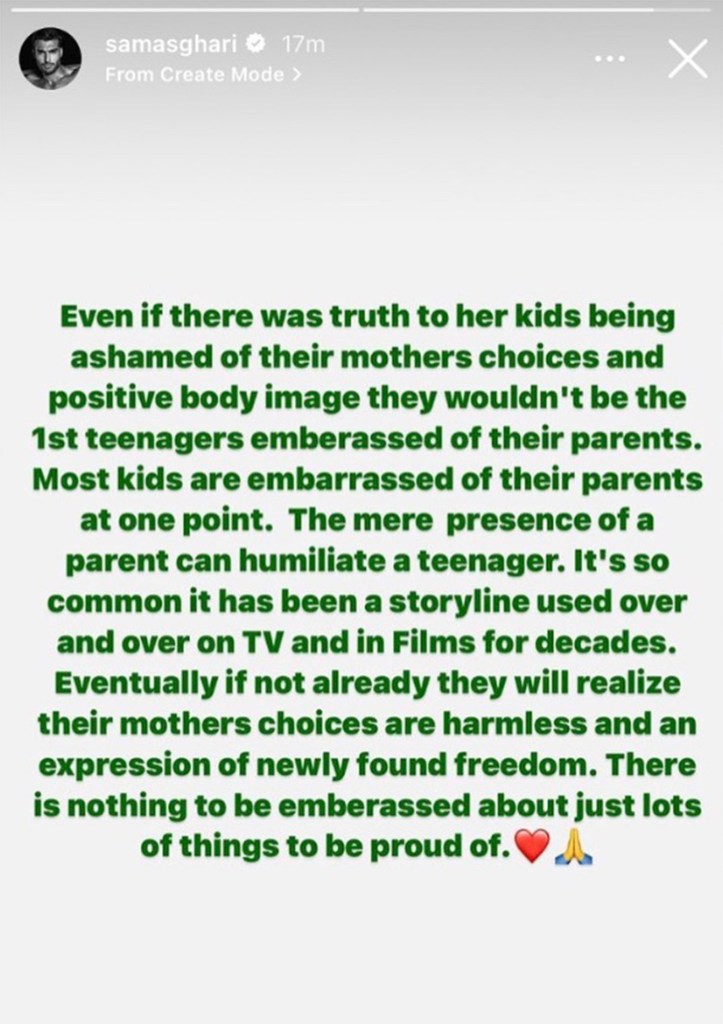 Asghari shared two posts regarding the accusations made by Federline.Instagram/samasghari

“The boys are very smart and will be 18 soon to make their own decisions and may eventually realize the ‘tough’ part was having a father who hasn’t worked much in over 15 years as a role model,” Asghari wrote in another post. “Kevin’s gravy train will end soon, which probably explains the timing of these hurtful statements.”

Federline appeared in a bombshell interview on Aug. 6 about his relationship with Spears, 40, and their kids in which he claimed that “the boys have decided they are not seeing her right now.”

He alleged that the teens didn’t attend Spears’ June wedding because of her frequent nude Instagram posts. 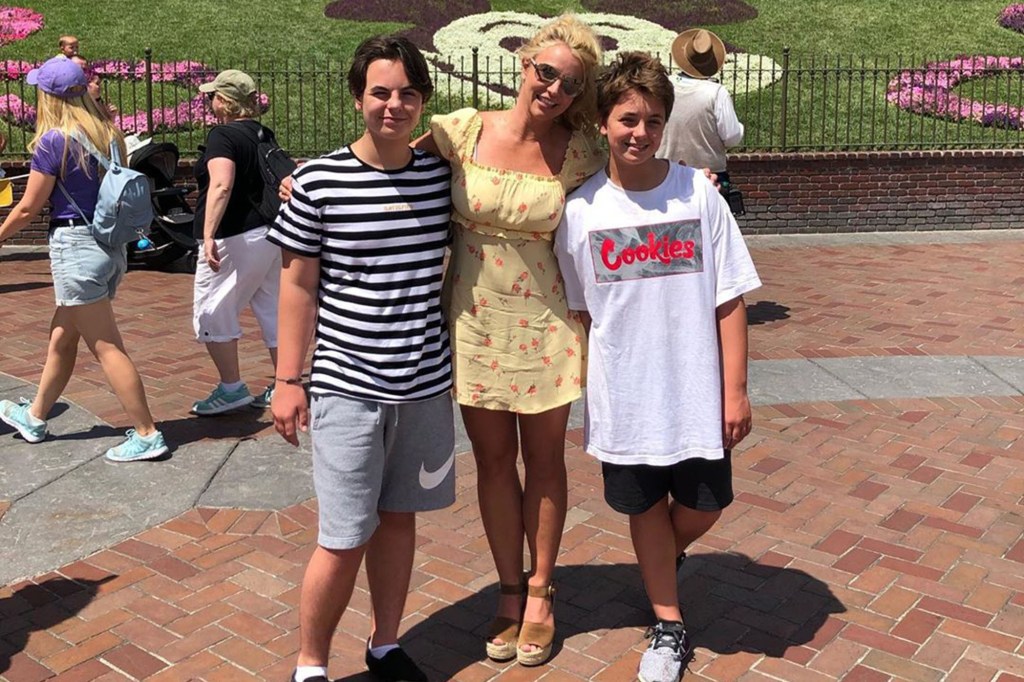 The “Circus” singer slammed K-Fed, expressing her disgust after his interview.

“Only one word: Hurtful,” she wrote. “It saddens me to hear that my ex-husband has decided to discuss the relationship between me and my children. As we all know, raising teenage boys is never easy for anyone.” 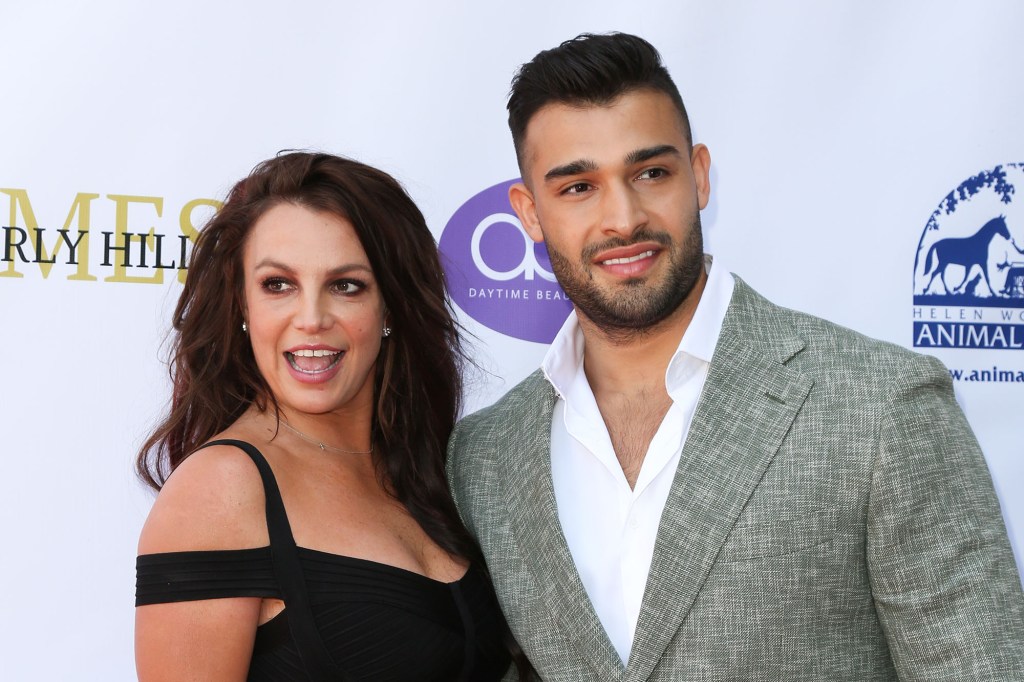 The Princess of Pop and the actor married in June 2022 and began dating in 2016.FilmMagic

Spears said it “concerns” her that he cited Instagram and referenced her ex’s claim that their kids believe her social media feed is “tough” to deal with.

“It was LONG before Instagram … I gave them everything,” she said. “l’Il say it … My mother told me ‘You should GIVE them to their dad.’ I’m sharing this because I can. Have a good day folks!!!”

asghari britney spears should proud
Read The Rest at
nypost.com