On Tuesday, the former NFL quarterback turned ESPN analyst announced he is releasing a book in August through Simon and Schuster, entitled “Surviving Washington.”

“Every experience that I’ve ever had has made me a better husband, father and player,” Griffin, the No. 2 pick in the 2012 NFL Draft, said in a Twitter video. “But I want you to take this journey with me as I walk you through one of the most dysfunctional franchises in all of sports.” 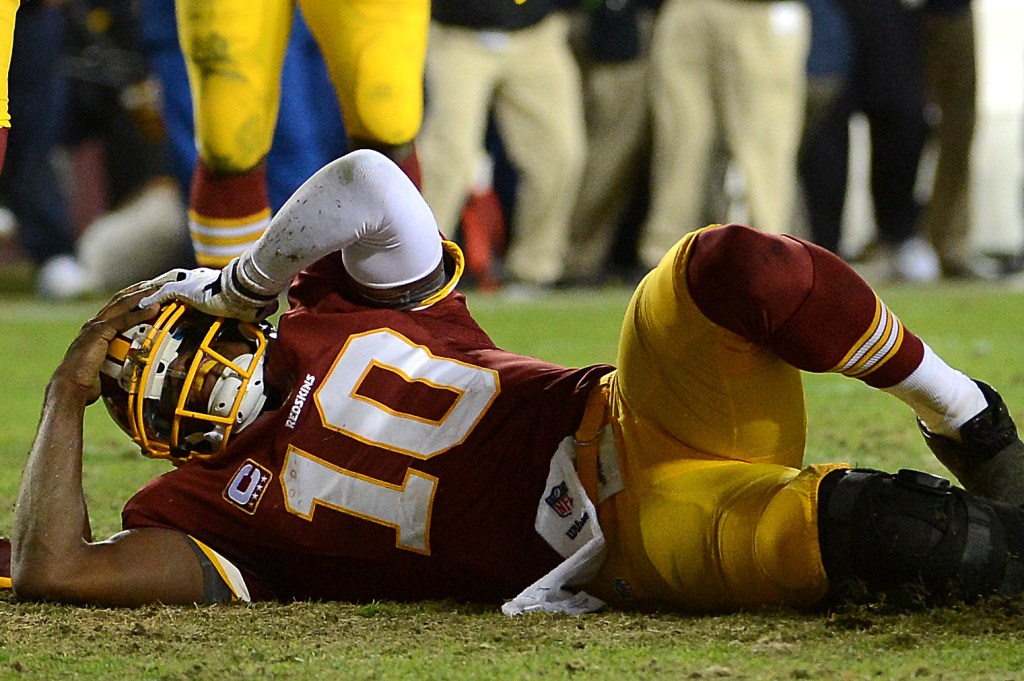 Robert Griffin suffered a torn ACL in a 2013 playoff game against the Seahawks.The Washington Post via Getty Im

He promised to detail “medical mismanagement” at the hands of the franchise.

“I’m gonna tell you the truth about what happened in that playoff game in 2012 against Seattle,” he said. “I’m going detail the medical mismanagement that I received during my time in Washington.”

In that playoff game versus the Seahawks (which was actually in early 2013), Griffin III played through a knee injury only to exacerbate it — his knee buckled on a bad shotgun snap, and he tore his ACL.

“I’m going to open your eyes to the sexual harassment that permeated the walls of that building and give you a deep dive into a power struggle between one of the most powerful coaches in sports and an owner that you want gone,” Griffin said.


Mike Shanahan was the head coach in Washington for Griffin’s first two years when the former Baylor star saw a majority of his playing time. Jay Gruden was the coach the final two years before Griffin was released and signed with the Browns.

A lot of sexual harassment accusations from the Washington franchise have already been documented, so it will be interesting to see if this is a re-hash of what is already out there — $1.6 million paid as part of a sexual misconduct settlement by owner Daniel Snyder, and scandals involving mistreatment of cheerleaders — or new information Griffin will be bringing to light.

Regardless, this book promises to be the latest in what is seemingly a never-ending string of ugly news involving the Washington Football Team.