The Post has exclusively obtained video of the gender reveal for Robert Griffin III and his wife, Grete Griffin, and the couple are expecting another girl in their family.

Surrounded by a jubilant group of Grete’s family in her native Estonia, Robert punted a football that exploded pink as the onlookers cheered in excitement. RG3’s family in America looked on via FaceTime.

Future Baby Griffin will join Gloria, 5, and Gameya, 2, in the growing family. She is due in January 2023. Robert also has another daughter, 7-year-old Reese, from a previous relationship.

“We are super excited to be ‘professional girl parents.’ Nothing better than the opportunity to raise strong, beautiful, kind and smart little girls who will grow up to be incredible women,” Grete told The Post. 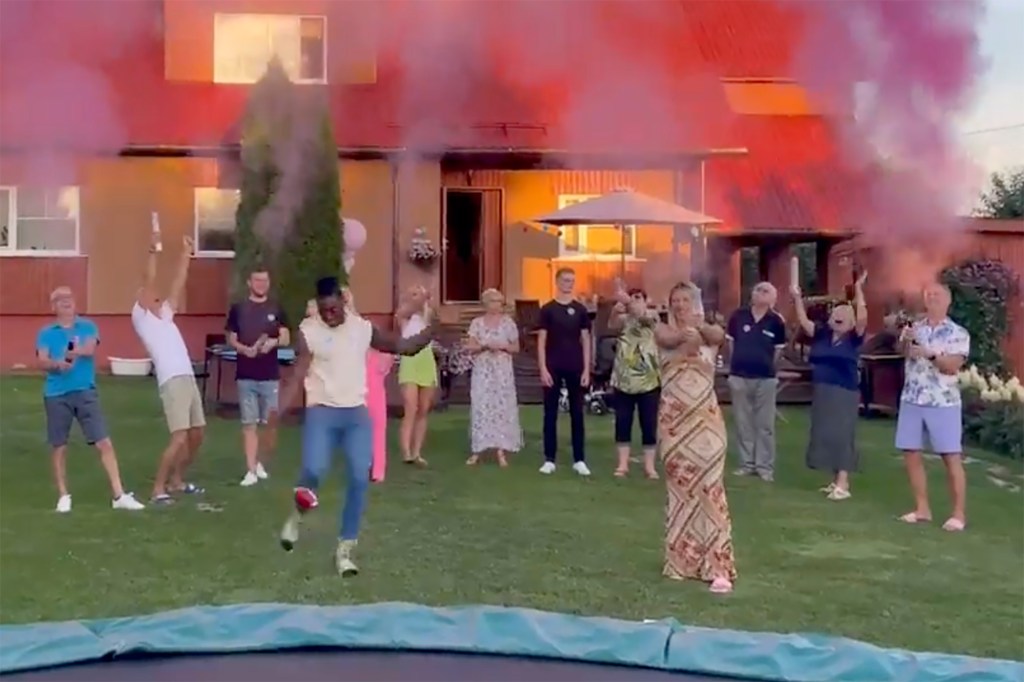 Robert Griffin III starred at Baylor, winning the Heisman trophy in his junior season in 2011. He was selected second overall in the 2012 NFL Draft by the team formerly known as the Washington Redskins, and won the Rookie of the Year as the team won the NFC East. However, his electrifying season was cut short by a torn ACL in the team’s wild-card loss to the Seahawks.

Griffin III, 32, would play in Washington for two more seasons, then play a year with the Browns and served as Lamar Jackson’s backup on the Ravens from 2018-20. Currently an ESPN football analyst, he has not ruled out an NFL comeback should the right opportunity arise.

Grete, 29, was a heptathlete who placed fourth in the World Junior Championships in 2010.

The couple frequently expresses their affection for each other on social media.

Recently, RG3 served as her “personal hype man” during a workout video.

“Wifey tries to be professional….,” he wrote on an Instagram post. “Her personal hype man shows up.”

Robert Griffin III and Grete Griffin got engaged in 2017 and married in 2018.