It now seems preposterous to think that nine weeks ago there was a question of whether Richie James would make the Giants’ 53-man regular-season roster.

Once it became clear that James had a place, a new question surfaced: Is he really going to be a starter? Again, the answer was yes.

So, who wants to doubt that the former seventh-round draft pick, who is playing on a minimum contract, is going to keep up his pace as the Giants’ leading receiver? Anyone?

“When I first got here, I said in my mind that I was going to do this,” James told The Post. “It wasn’t for everybody else to know, just for me to know. I didn’t want to go anywhere else. I chose this team. I wanted to stay here.”

James’ staying power is increasing by the week on a Giants receiving corps that has scored two touchdowns in the last 13 games — a stretch that began Nov. 1, 2021 and long predates his arrival in free agency. James leads the team this season with 14 catches (seven for first downs), needs 9 yards to surpass the injured Sterling Shepard (154) as the team leader and also returns punts (seven for 63 yards) as a sure-handed option. 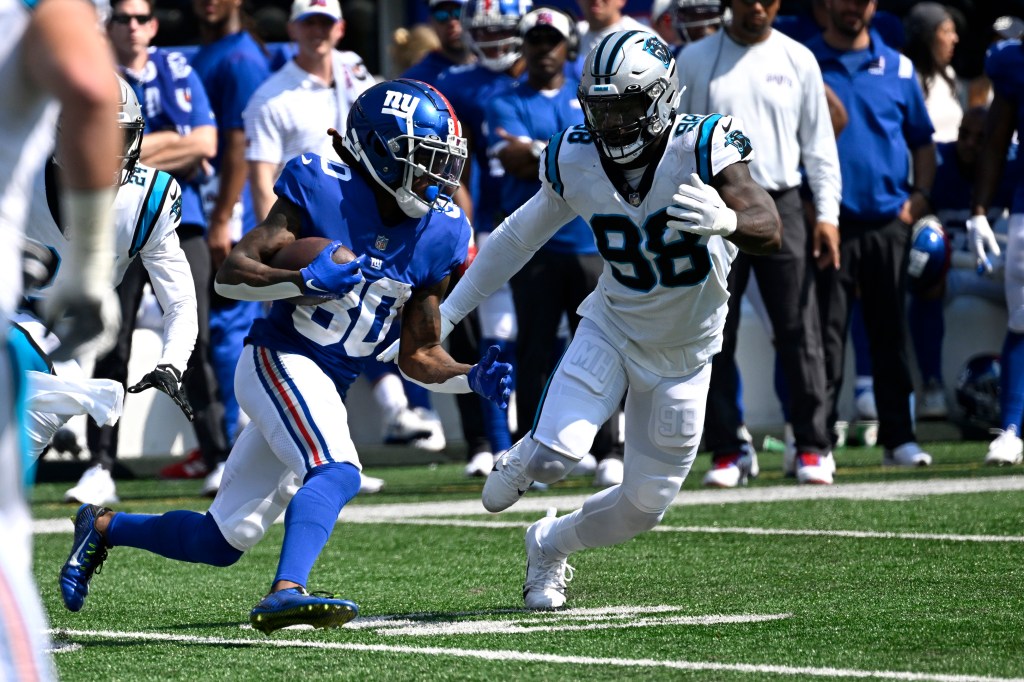 With Kadarius Toney, Wan’Dale Robinson and Shepard sidelined, the Giants only have four healthy receivers (before making any practice-squad elevations) heading into their game Sunday against the Bears at MetLife Stadium. The other three — Darius Slayton, Kenny Golladay and David Sills — have seven combined catches on the season. So, James could be the go-to target more than ever, which is a unique spot for a receiver who often was treated as a spare part during three seasons with the 49ers.

“I’ve never been in this spot,” James said. “I only had one game to show what I could do. When you’ve been waiting for a certain number of years, who wouldn’t want to play well? Any receiver would want to come to a pass-happy offense.”

The game James referred to was a nine-catch, 184-yard performance on 13 targets on Nov. 5, 2020 against the Packers. He never has been targeted more than seven times in any of his other 42 games, but his first three games with the Giants account for three of his eight career games with at least five.

“I knew I had it,” James said. “It’s just opportunity and timing have to be perfect. It’s nothing special or nothing crazy. Just opportunity.”

The irony is that James’ opportunity was created by injury. Shepard, Toney and others missed time during training camp and James stepped in with the starters.

“He’s been very consistent. He’s out there every day,” head coach Brian Daboll said. “He’s a very trustworthy receiver —S he’s where he’s supposed to be when he’s supposed to be there. I think he’s earned that confidence, not just from the coaching staff but from the quarterback as well.” 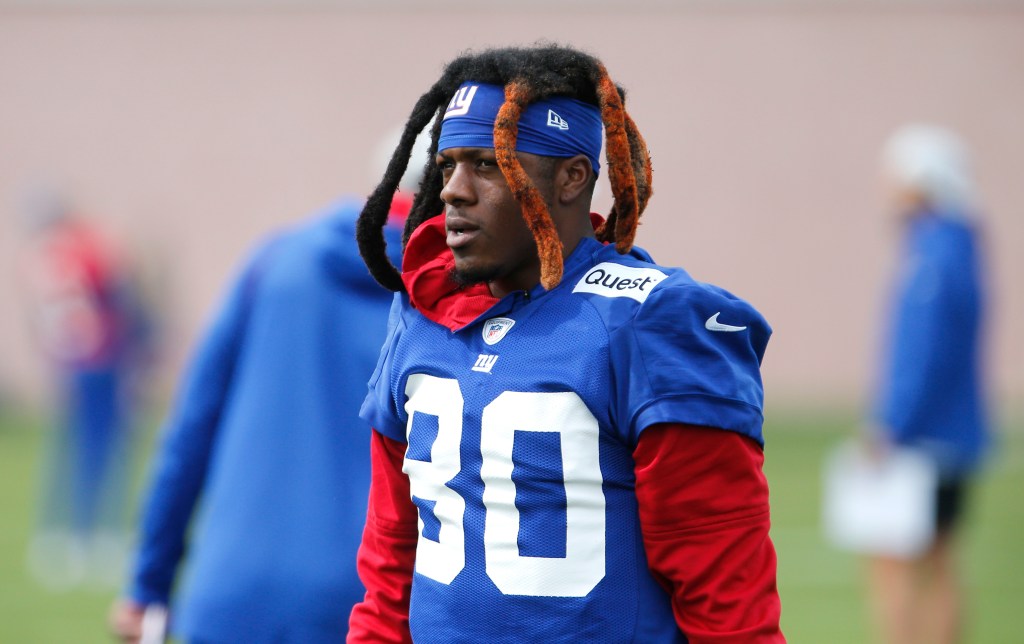 One year ago, James was the one who lost an opportunity when he suffered a knee injury in the preseason and underwent surgery that initially carried a six-week timeline for recovery. He never played another down for the 49ers.

“If I had to sum him up in a few words I would say ‘hunger for the game,’” Delfonte Diamond, James’ offseason trainer said. “He was never complacent. All that outside noise — Richie James is not going to come back from injury — he used as fuel. He called me all excited when he first signed and said, ‘I can’t wait to get on the field there because I’ve got so much to prove.’ There was so much in him for people to see. The best part is that he’s just getting started.”

The Giants have the fewest completions of 20 or more yards in the NFL this season (four) and receivers coach Mike Groh is looking for tackle-breaking players who “can take a short pass and go a long way.” With Shepard out, it might be James from the slot.

“Richie is an instinctive route runner and his body language expresses itself to the quarterback,” Groh said. “To be able to anticipate that a guy is going to be open as he is approaching a window so that he can let it go a click early is important.”