BOSTON — Trevor Story hit a grand slam over the Green Monster — and into the hands of a former Red Sox player — a night after hitting three homers over Fenway Park’s fabled left field wall, leading Boston to a 7-3 victory over the Seattle Mariners on Friday night.

Story connected on a thigh-high 1-2 slider off Robbie Ray (4-4), driving it into the first row of seats to give Boston a 4-0 lead in the third inning. Former Red Sox outfielder Jonny Gomes, a member of Boston’s 2013 World Series champions, was seated atop the Monster. He moved a few steps to his right and caught Story’s slam against his body, high-fiving the person next to him with a big smile. He also raised his shirt in celebration.

Story didn’t know it was Gomes who caught it until after the game.

“I saw like a clip of it and I saw Gomes was like going nuts,” Story said. “I thought that was cool, man. That’s something special. I’ll never forget that.”

Originally, when interviewed on the Monster by The Associated Press during the game, Gomes said he was going to keep it. 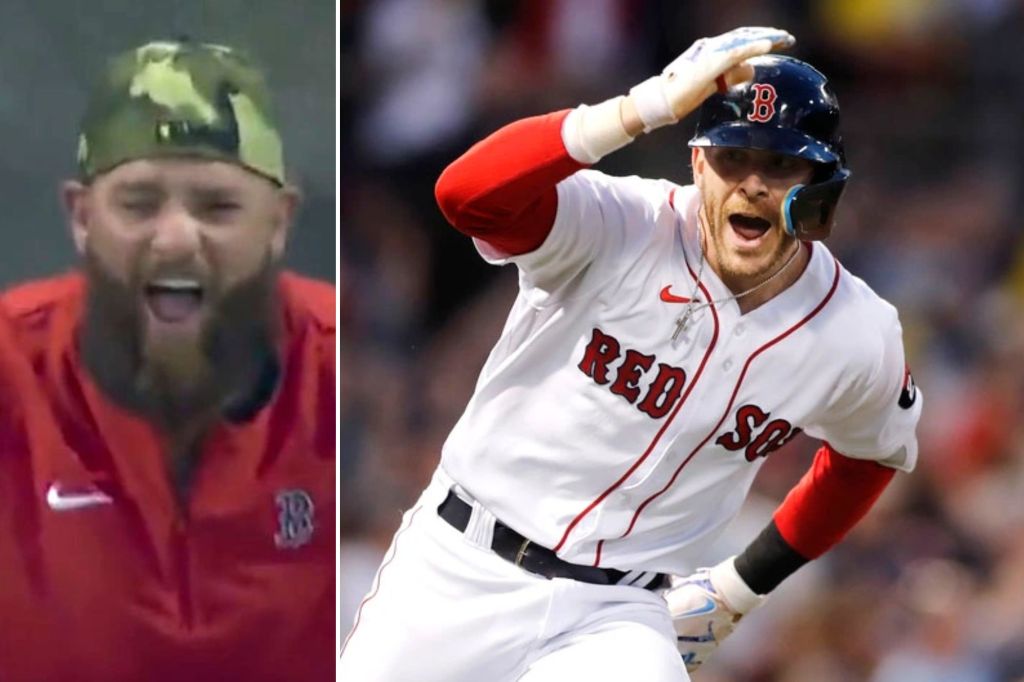 “I’m going to make Trevor sign it and take it home,” the 41-year-old Gomes said with the ball sitting on a tabletop in front of him.

But he chatted with Story after and the pair came up with an idea.

“I just had him sign it for me,” Story said. “My first grand slam as a Red Sox, that was something I thought was pretty special. It was a really cool moment. I had him sign the other side.”

Story knew Gomes wanted it but changed his mind.

“I think he was going to keep it at first,” Story said. “I said, ‘I think it would be cool if you signed it and I kept it because it was the first one.’”

Gomes walked in after the game and placed the ball in Story’s locker.

Along with going deep three times in Boston’s victory in the opener of a four-game series Thursday, Story had four hits and drove in seven runs.

Jackie Bradley Jr. added a three-run shot for the Red Sox, who won for the seventh time in 10 games following a season-high five-game losing streak.

Austin Davis (1-1) relieved starter Michael Wacha with two on and two outs in the fifth, striking out J.P. Crawford before working a perfect sixth for the victory.

Reinstated from the 15-day injured list before the game, Wacha gave up two runs and four hits in 4 2/3 innings, walking three with three strikeouts. He was sidelined with soreness in his left side.

“I was not expecting to see him up there in the stands,” Wacha said of Gomes’ catch. “I saw him in the dugout in pregame. You feel like you show up to the ballpark everyday and you see something that you’ve never seen before. That was that today, for sure.”

Abraham Toro hit a two-run homer for the Mariners, who have dropped four of five.