The Rangers venture to Carolina on Friday with so much more than just first place in the Metropolitan Division on the line.

A win would not only maintain the Blueshirts’ solo position atop the division, but it would reverberate around the NHL and silence anybody who has written off their success on Broadway this season. To say it would be a statement victory would be an understatement.

For a team that has strived all season to prove — to itself and the rest of the league — that it can hang with legitimate Stanley Cup contenders, the Rangers have the opportunity to do just that when they take the ice at PNC Arena on Friday. The Hurricanes qualified for the playoffs each of the last three seasons, getting as far as the conference finals in 2018-19, and have established themselves as one of the fastest and hardest forechecking clubs in the NHL.

Asked how much he’s thinking about the standings heading into the game, Rangers coach Gerard Gallant didn’t mince words. 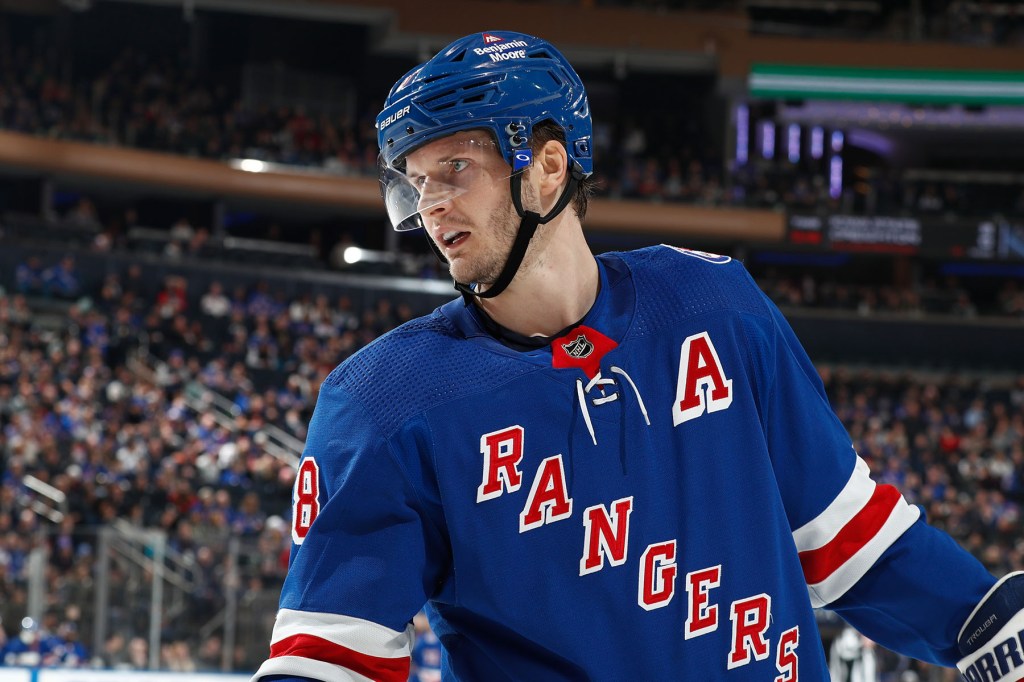 “Not at all, to be totally honest with you,” he said Thursday after practice at MSG Training Center. “Obviously, we know the standings are real close in the top of our division. But it’s just another game, big two points and playing against a real good team. I mean, arguably the best team in the league right now. So we’ve got to play our best, we got to be ready to play and we know what the challenge we’re facing with a team like that.”

It’s been nearly a year and a half since the Rangers and Hurricanes last squared off, because the teams were in different divisions during the truncated 2020-21 season that featured only intradivision play. The Rangers haven’t seen the Hurricanes since Carolina hung 11 total goals on them and cruised to a three-game sweep in the qualifying round of the 2020 bubble playoffs.

There’s no doubt that series left a bad taste in the Rangers’ mouths. But that was then, and this is a different Rangers team — or so they’d like to validate. Still, no matter how much time has passed, the Rangers aren’t letting the past dictate how they approach this game.

“I didn’t even know that, it seems like so long ago,” defenseman Jacob Trouba said of facing the Hurricanes for the first time since August 2020. “For me, no not really [I don’t think about the qualifying-round sweep]. I think it’s just still plucking along at the season, I mean, we’re basically at the halfway mark. So I don’t think there’s a whole lot of backstory to it.” 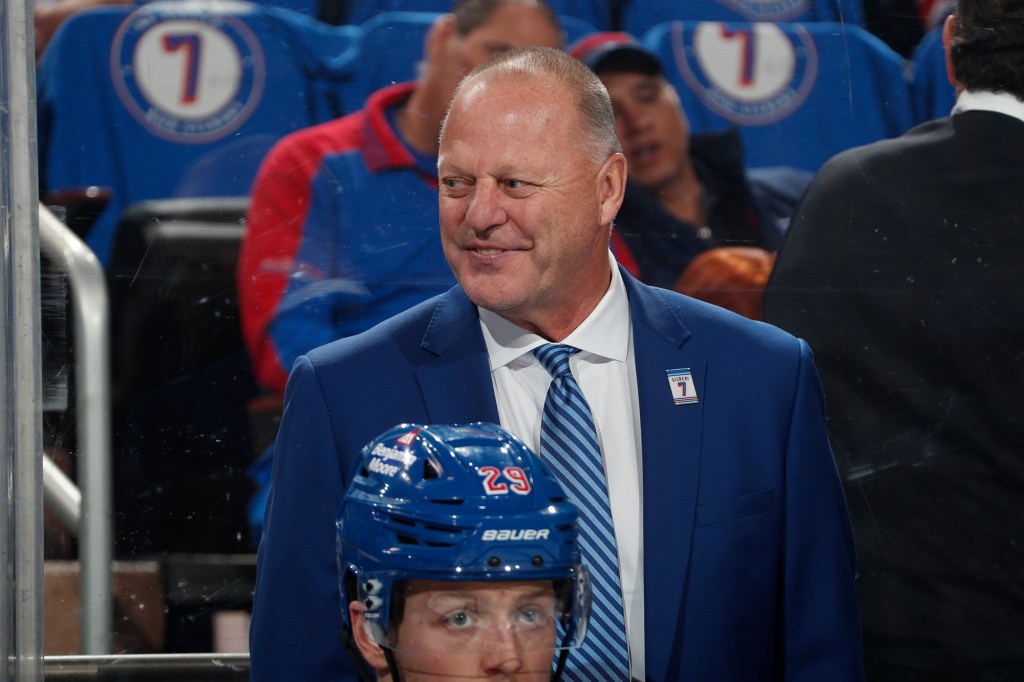 Gerard Gallant has the Rangers at the top of the Metropolitan Division.NHLI via Getty Images

Carolina has won five of its last seven games, including the most recent 7-1 drubbing of the Bruins on Tuesday. Tied with the Rangers in wins (26), the Hurricanes enter Friday’s contest just two points shy of the top seed in the Metro.

Following the Rangers’ come-from-behind victory over the Maple Leafs on Wednesday, Gallant said he believes the fashion in which his team defeated Toronto will certainly pad its confidence heading into Friday’s game.

“I think it doesn’t matter who we’re playing,” Gallant said. “I think the confidence comes from coming from behind, playing the way we played, scored five straight goals. … I think it’s good for our team, not just because it was against Toronto — I don’t care what team it’s against — but it was a big win for us.”

There will be more than a few familiar faces in Carolina, which has become a landing spot for former Rangers. Trouba said it’ll be “unique” to see former teammates Brady Skjei, Tony DeAngelo, Jesper Fast and Brendan Smith don the red, white and black. Former Blueshirts Antti Raanta and Derek Stepan also play for the Hurricanes.

“It’s a big challenge, I think we really feel like we’ve grown as a team and we’re ready to take that next step,” Kevin Rooney said. “And in order to take those next steps, we got to beat the top teams. Just like that other night [against the Maple Leafs], going out and playing in a tough building. I think a lot of the guys are excited for the challenge.” California Has Most COVID-19 Deaths In US With... NCAA’s new constitution will give school and...