Jake Leschyshyn was born when his father, Curtis, was in the 11th season of his 16-year NHL career.

Since he was so young, Leschyshyn doesn’t have too many vivid memories of what life was like with an NHL player for a dad. He does recall days off around the rink, however, when his dad would be working out and he would sit in the gym watching movies on a DVD player. Even when his dad retired in 2005, Leschyshyn was still around the NHL scene since Curtis stepped into a color analyst role for the organization he played a majority of his career with, the Quebec Nordiques/Colorado Avalanche.

“We’re talking pretty much every day,” Leschyshyn told The Post of his dad after practice on Sunday. “He’s a scout for the Avs now, so he’s busy in his own department with the game. But he makes time to watch all my games, which is really nice. He’s a guy who’s never going to throw a ton of, ‘You need to do this and this.’ He’s just always checking in and he treats me like a pro. He’s awesome in that regard to just bounce ideas off of.” 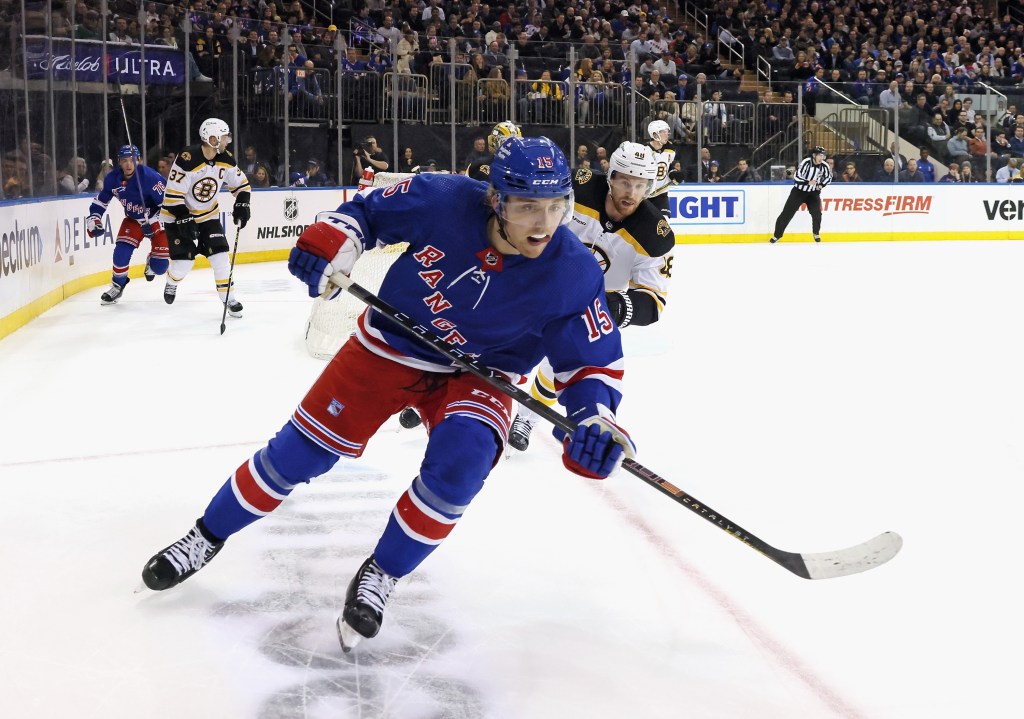 Jake Leschyshyn followed his father to the NHL. Getty Images

Curtis Leschyshyn, whom the Nordiques selected third overall in the 1988 draft before he went on to play in 1,033 games, was a defenseman. His son was drafted in the second round (No. 62 overall) by the Golden Knights in 2017 as a center out of the Western Hockey League. The hockey influence was clearly there, but not enough to steer Leschyshyn away from what he liked most about the sport.

“I think just from a young age I was always a forward,” he said. “Maybe not the biggest guy, I don’t know if that played into it at all or anything. Maybe when I was little I always enjoyed scoring goals, so hopefully I can get back to that.”

The Rangers hope so, too.

Leschyshyn skated in his fourth straight game for the Rangers on Monday night against the Panthers since the club plucked the 23-year-old off the waiver wire from Vegas on Jan. 11. The move came in wake of a couple of injuries to the forward group, but the Rangers opted to keep Leschyshyn despite the return of Chris Kreider and Julien Gauthier. The Rangers waived Jonny Brodzinski and subsequently assigned him back to AHL Hartford instead, after the 29-year-old filled in for five games.

This was the first time Leschyshyn changed teams midseason at the NHL level. The last time it happened, he was traded from the Regina Pats to the Lethbridge Hurricanes in the WHL during the 2018-19 season. It was a crazy week, Leschyshyn said, but he feels like he’s finally started to settle in. 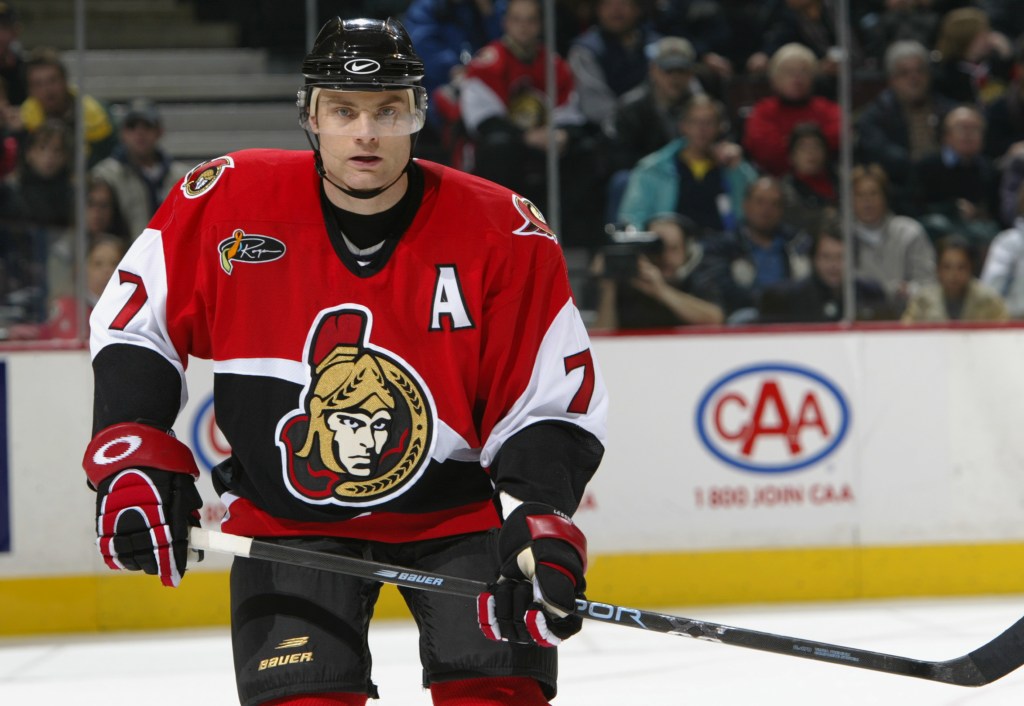 Curtis Leschyshyn was a defenseman in the NHL. Getty Images

Leschyshyn played parts of two seasons with the Golden Knights, accumulating two goals and four assists in 63 games. He was pointless through 22 games this season though, which led to Vegas waiving him. Still, Leschyshyn doesn’t expect his game to change much despite a new backdrop.

Looking to play the role of a steady two-way centerman, Leschyshyn wants to be trusted defensively, be able to kill penalties and win faceoffs. Those are the ways he feels he can solidify himself in New York, but he also wants to build off of it, whether it’s offensively or in other areas.

“I was just thrilled,” Leschyshyn said of his initial reaction when he found out the Blueshirts had claimed him. “Any team could’ve took me, so coming here was the best-case scenario. I’ve never been to New York or played at MSG or anything, but I’ve just heard about how cool of an experience it is. So to be able to call it my home right now is pretty exciting.”