The Rangers, at last, are going to have some breathing room under the salary cap beginning with the 2024-25 season, for which the NHL is projecting a return to linkage with revenues under formulas outlined in the collective bargaining agreement extension memo.

Deputy commissioner Bill Daly, as first reported by Sportsnet on Tuesday, has counseled club executives that the cap, which will increase by $1 million to $83.5 million next year, is expected to rise to an approximate $87.5 million to $88 million for 2024-25 and up to $92 million for 2025-26.

Though those represent projections and not guarantees, that would represent a two-year increase of 10.18 percent. That would signify the biggest such jump since an 11.04 percent increase over the two-season span from 2013-14 to 2015-16.

That is welcome news for Rangers president and general manager Chris Drury, who will be charged with keeping goaltander Igor Shesterkin on Broadway before he can hit the open market in, somewhat serendipitously, 2025-26.

Keep in mind that by that time, the strict no-move clauses will have expired on Chris Kreider’s and Jacob Trouba’s deals, both following 2023-24. The same holds true for Vincent Trocheck’s after 2024-25. Those will not be insignificant considerations when it comes time.

But the news does not equate to nirvana. It is not a get-out-of-jail-free card. Not with Alexis Lafreniere and K’Andre Miller coming up on second contracts after this season as restricted free agents. It will remain a challenge for Drury to negotiate those deals while facing a mere $1 million cap increase to $83.5 million for 2023-24. 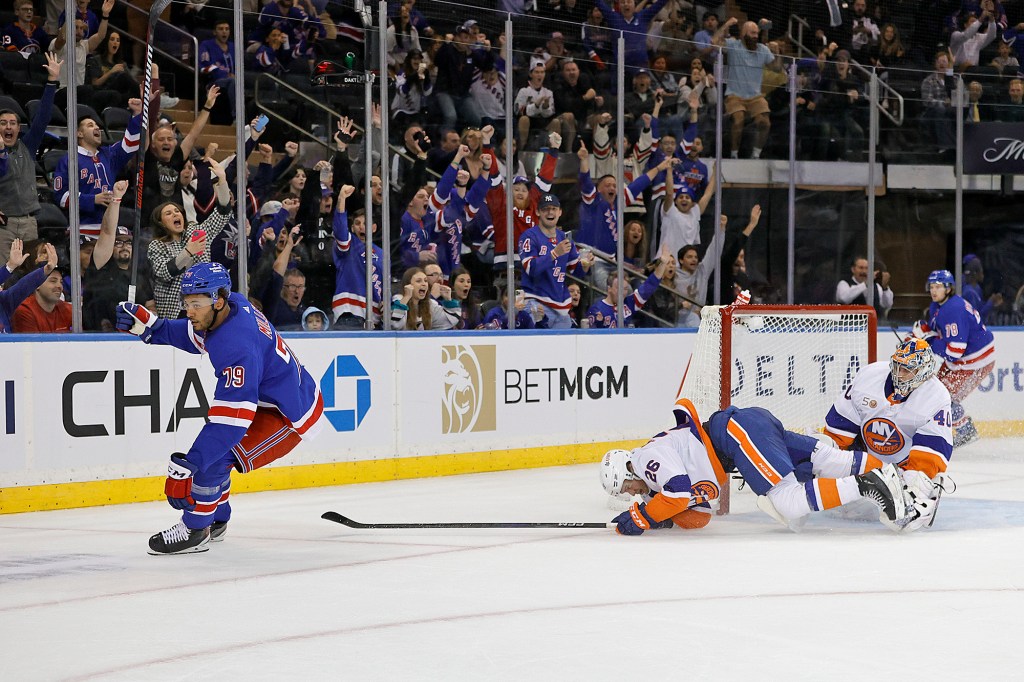 Rangers defenseman K’Andre Miller (l.) reacts after scoring a goal in a preseason game against the Islanders on Sept. 26, 2022.Jason Szenes

It is believed the Rangers have reached out to representatives for each of the crown jewels, but it is unclear whether talks are progressing or whether they have been deferred to the offseason. It would be a priority for the Rangers to hammer out extensions with both Lafreniere and Miller as early as possible, as the club was able to do with Adam Fox and Mika Zibanejad a year ago, before the 2021-22 season was three weeks old.

Miller, who has been a top-four defenseman essentially since his first game in the league, seems poised for a breakout season. Lafreniere, who hasn’t quite been able to carve out a top-six role through his first two seasons, may well be in line for the same coming off his encouraging postseason run.

The prospect of negotiating long-term deals should be enhanced by the knowledge that the cap will increase annually and organically beginning in two years. Still, the Blueshirts have to account for next year, for which the club has $65.1 million committed to 11 players, thus leaving $18.4 million with which to sign Miller and Lafreniere (and perhaps Filip Chytil) and fill out the remainder of the roster.

If each would come in on bridge deals at around $4 million per, that would leave the club with around $10.4 million to add nine players. There will be some cutting and pasting next year, for sure.

Neither Miller nor Lafreniere will have arbitration rights but comparables will obviously inform the negotiations. For Miller, the 22nd-overall selection of the 2018 draft, the three-year bridge deal Noah Dobson signed with the Islanders this summer for $4 million per is instructive. 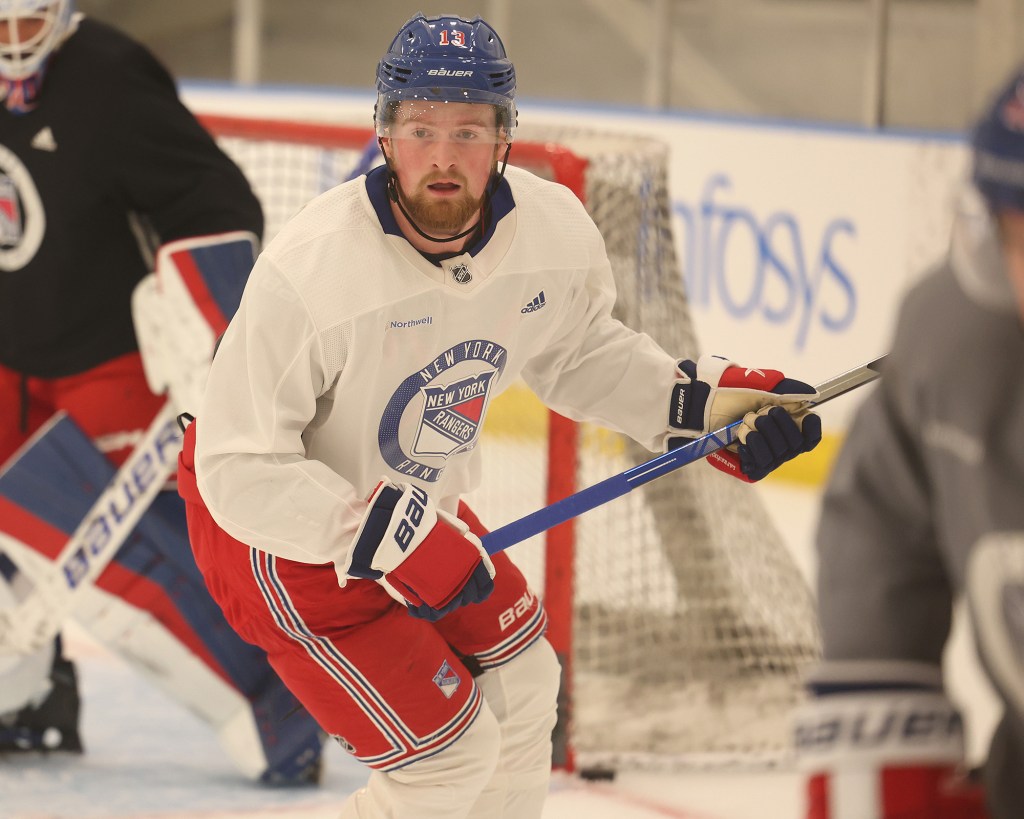 Miller, by contrast, logged an average of 25 seconds per game on the power play, while playing behind Fox, Trouba and even Nils Lundkvist (when he was here) and Zac Jones. Miller has recorded a career total of 32 points (12-20) in 132 games including a whopping two (1-1) with the man-advantage.

The Coyotes’ Jakob Chychrun, the 16th-overall selection of 2016, had recorded 34 points (11-23) over his first two seasons before signing a six-year extension worth an average annual value of $4.6 million. That works nicely on a long-term number for Miller, but it would represent a tough nut for the next two years.

Lafreniere’s numbers have likely been depressed by his deployment. Comparables are not necessarily evident for the 2020 first-overall pick, who has 52 points (31-21) in 135 games, but has not scored a power-play goal. The Senators’ Tim Stutzle, selected two slots later in 2020, signed an eight-year extension worth $8.35 million per after putting up 87 points (34-53) in 132 games his first two seasons. Nothing like that is tenable for Lafreniere.

Lafreniere and Stutzle are the only forwards from 2020 to have played the entirety of the last two seasons in the NHL. The Flyers’ Joel Farabee, 14th overall in 2018, signed a six-year extension worth an AAV of $5 million after posting 59 points in his first 107 games. Again, that would likely work long term, but not next year.

The news about the cap was welcome. But there is still next season (and the one after that) to navigate. It’s still going to be tricky.