R. Kelly headed back to court in sex assault of teen girl — 14 years after acquittal The 55-year-old R&B singer is slated to appear in federal court in Chicago on Monday to begin what in many ways is a do-over of his 2008 state trial, where shocking video he took of himself sexually assaulting and urinating on a 14-year-old girl was prosecutors’ “Exhibit 1.”

However, this time around, the victim is expected to testify.

Among the most serious charges R. Kelly faces is conspiracy to obstruct justice by rigging the 2008 trial, including by paying off and threatening the victim to make sure she did not testify.

The fallen “I Believe I Can Fly” singer and icon of ’90s pop stardom was slapped with 30 years in prison in June by a Brooklyn federal judge for a 2021 conviction on charges he sexually abused women and underage girls and boys over the course of decades.

Testimony by the 2008 victim, now in her 30s and referred to in court filings only as “Minor 1,” is expected to be crucial.

Kelly will also be on trial for allegedly enticing four others to have sex with him when they were minors. All are also expected to testify. 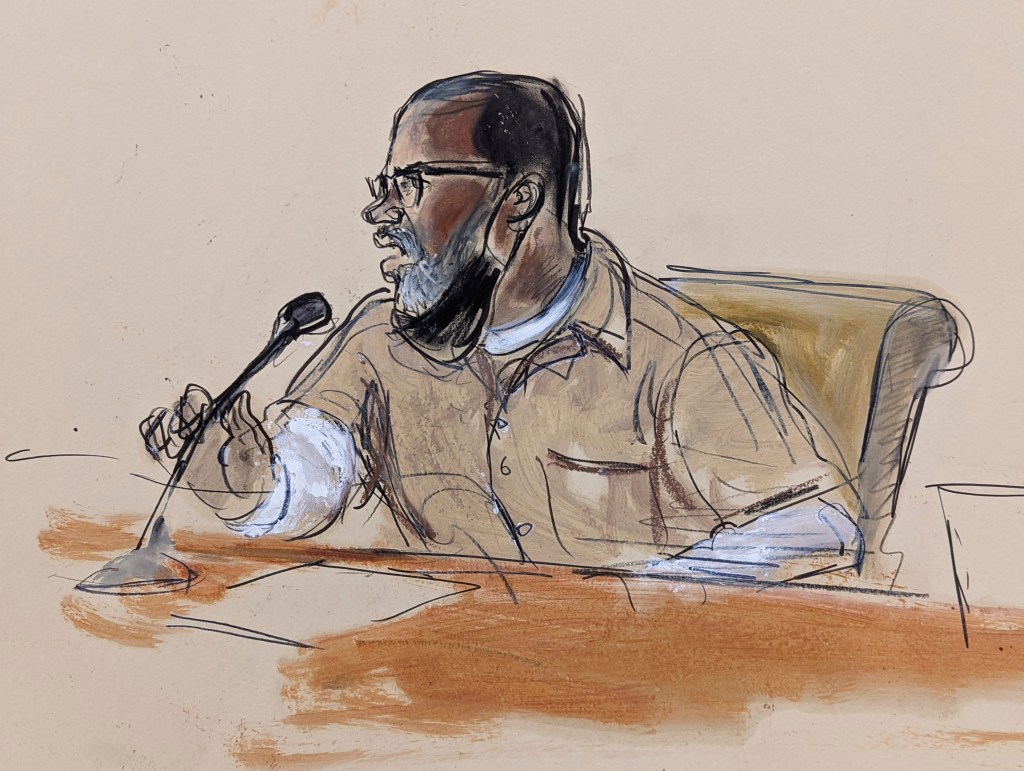 R. Kelly’s victims are expected to testify in court.AP/Elizabeth Williams

More convictions could add decades to Kelly’s Brooklyn sentence, which he is appealing.

Prosecutors at the federal trial in Chicago plan to play the same VHS tape that was prominently exhibited at the 2008 trial. At least three other videos will be entered into evidence.