Things are getting heated on the Jets sideline.

A CBS camera caught defensive lineman Quinnen Williams standing up from the bench to start screaming at Jets defensive line coach, Aaron Whitecotton, at the start of the second quarter of the team’s game against the Bengals on Sunday at MetLife Stadium.

Whitecotton got up from a knee to meet face to face with Williams, who got closer to Whitecotton and continued to scream in the coach’s face. Players quickly separated the two and Williams sat back down on the bench as teammates tried to calm him down. 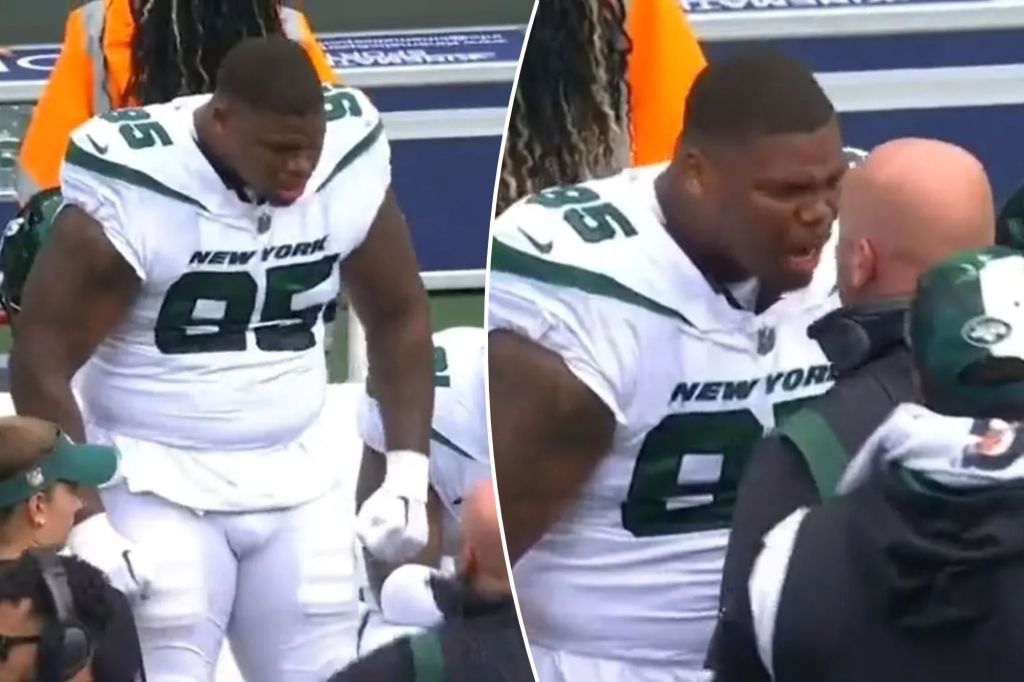 The Jets were trailing the Bengals 14-6 at the time of the sideline spat and trailed 20-6 later in the second quarter.

Williams, 24, is in his fourth season with the Jets, who selected him No. 3 overall in the 2019 NFL Draft. Williams had half a sack over his first two games of the 2022 season.

Whitecotton is in his second season with the Jets after joining head coach Robert Saleh’s staff last year. He previously worked under Saleh as the 49ers’ assistant defensive line coach and also spent time with the Bills and Jaguars. Wynonna Judd Opens Up About Her Mother’s Death:...