Priscilla Presley has opened up about the “difficult time” she and her loved ones have been faced with following the sudden death of her only child, Lisa Marie Presley.

Lisa Marie, the daughter of rock and roll legend Elvis Presley, died on Jan. 12 after she went into cardiac arrest in her California home. She was 54.

Taking to Twitter, Priscilla thanked fans for their undying support since news of her daughter’s death came to light. 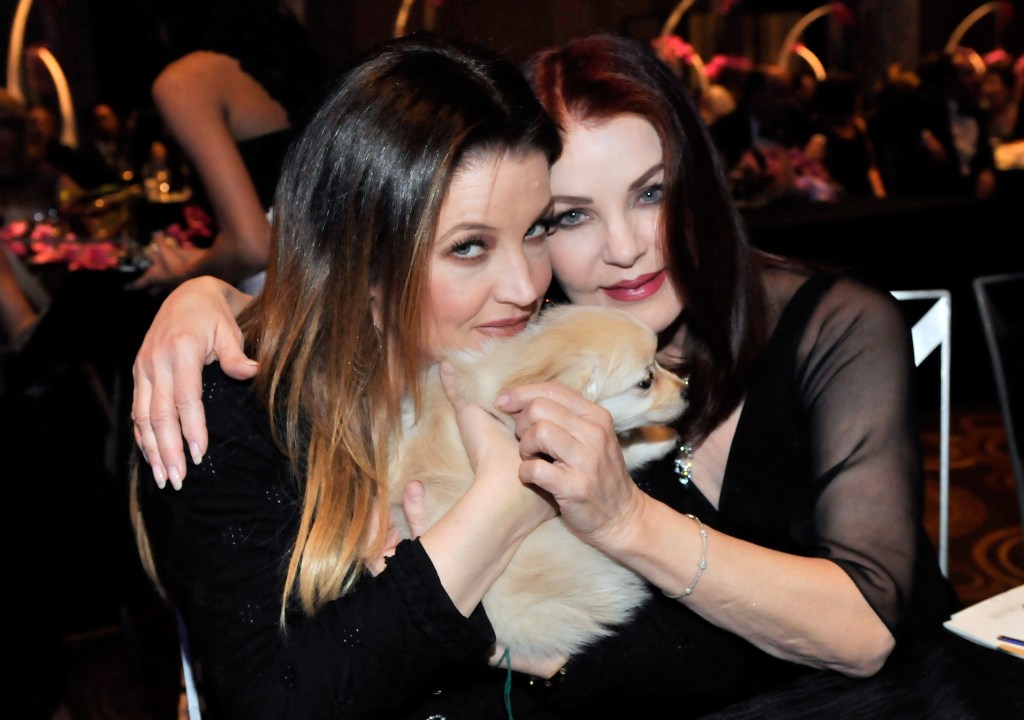 “Thank you all for your condolences, you have touched me with your words,” she tweeted Monday night.

“It has been a very difficult time but just knowing your love is out there makes a difference.”

Her tweet came just hours after her moving speech at Lisa Marie’s memorial service in Graceland on Sunday.

Thank you all for your condolences, you have touched me with your words. It has been a very difficult time but just knowing your love is out there makes a difference.

Reading aloud in front of mourners, Priscilla’s verses began, “In 1968, she entered our world / Born tired, fragile, yet strong / She was delicate but was filled with life.

“She always knew she wouldn’t be here too long / Childhood passes by with a glimpse of her green eye / She then grew a family of her own.”

The poem later touched on Lisa Marie’s son Benjamin’s death by suicide in 2020, reading, “Then came her second child leaving her with suspicion / Could this be the angel that takes me home?” 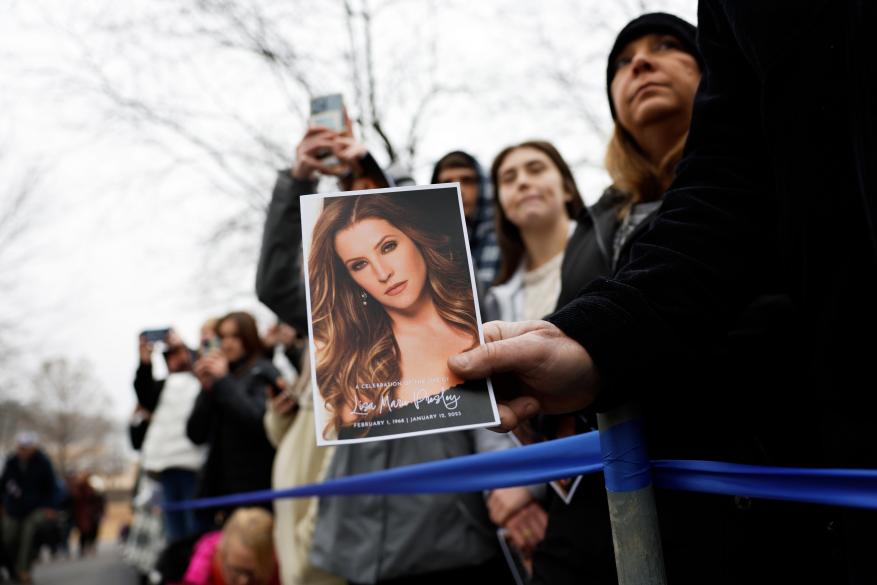 Fans gather to pay their respects at the memorial for Lisa Marie Presley on Jan. 22, 2023 in Memphis, Tenn. Getty Images 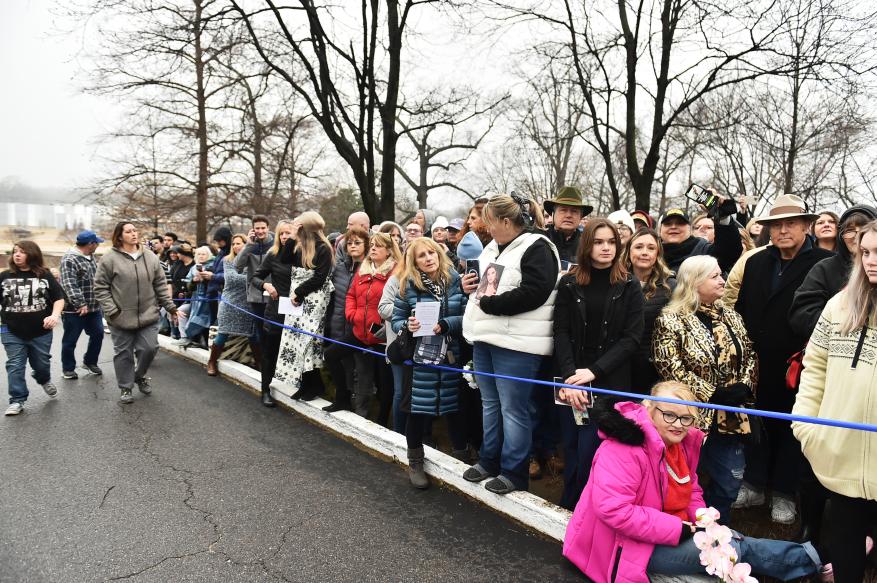 Hundreds of fans wait to enter Graceland Mansion, the estate of Elvis Presley, where a memorial service for Lisa Maria Presley took place on Jan. 22, 2023 in Memphis, Tenn. Getty Images

Lisa Marie shared her daughter Riley, 33, and her late son Benjamin, with Danny Keough. She was married to Keough from 1988 to 1994.

The late singer shared her 14-year-old twins, Finley and Harper, with ex-husband Michael Lockwood. The pair were married for a decade after tying the knot in 2006. 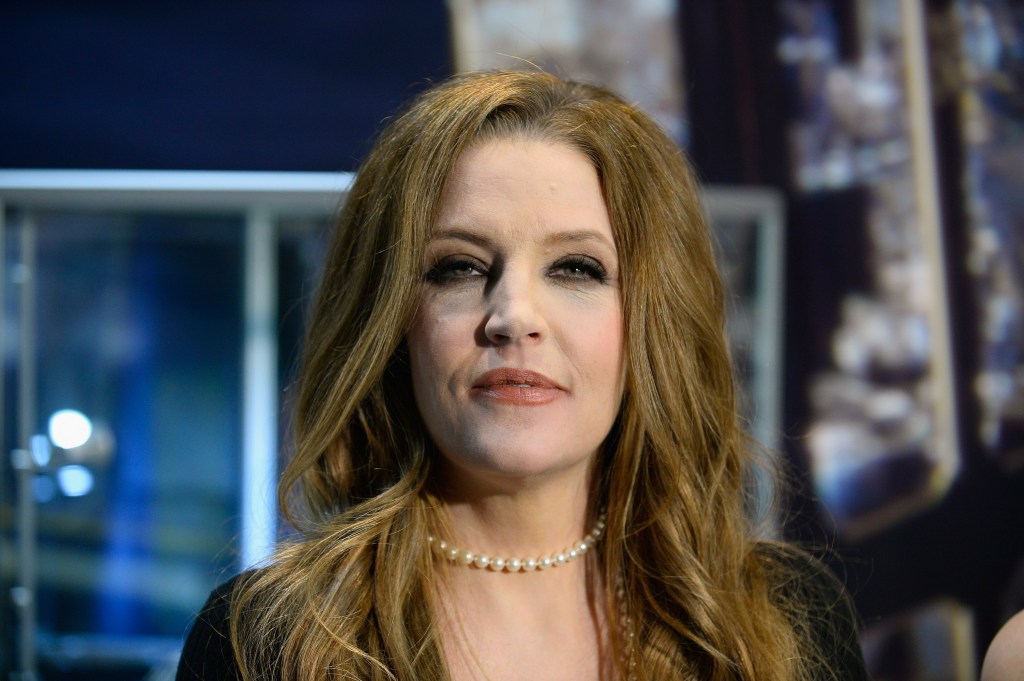 Lisa Marie Presley was laid to rest next to Benjamin in the Meditation Garden at Elvis Presley’s Tennessee estate.WireImage

On Sunday, Lisa Marie was laid to rest next to Benjamin in the Meditation Garden at her late father Elvis Presley’s Tennessee estate, which now belongs to Lisa Marie’s three daughters.