Aside from taking part in the funeral procession, the seven-year-old sported a sweet tribute to her late great-grandmother.

Charlotte wore a crystal horseshoe brooch on her black coat for the somber event.

The late monarch was a big fan of animals — especially horses and corgis.

The diamond jewelry was pinned to her jacket and she also donned a black dress, stockings, hat and ballet flats.

Charlotte walked next to her older brother, Prince George, 9, during the funeral alongside their parents Prince William and Kate Middleton at Westminster Abbey in London. 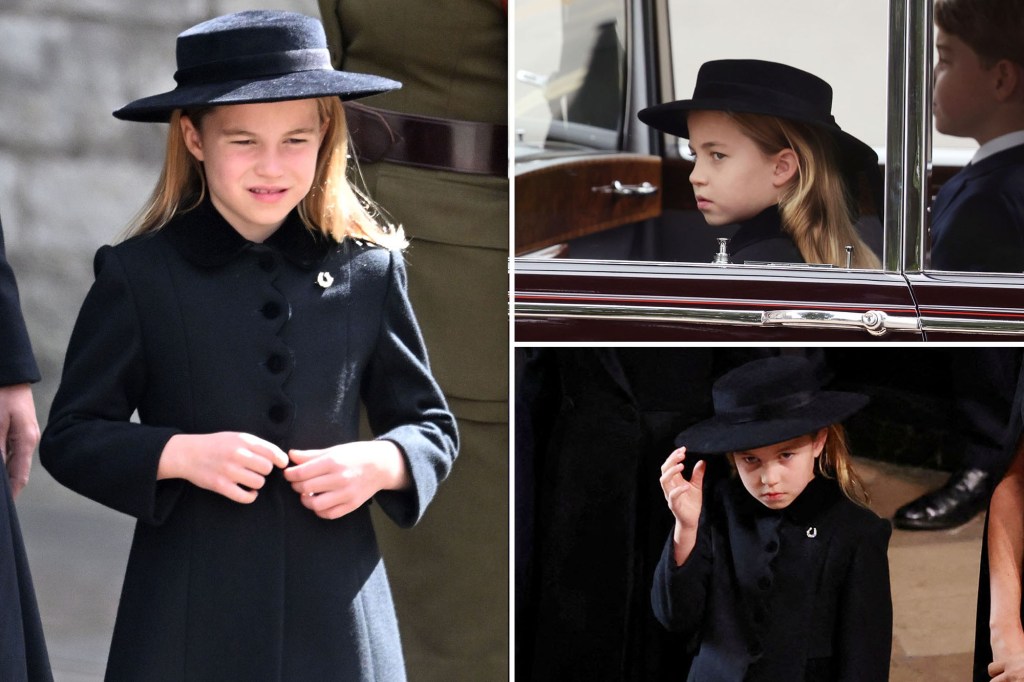 Princess Charlotte wore a horseshoe brooch for the funeral on Monday.

The young princess seems to have taken her great grandma’s passion for horses, as Middleton, 40, met with Paralympic Equestrian Natasha Baker in 2018. 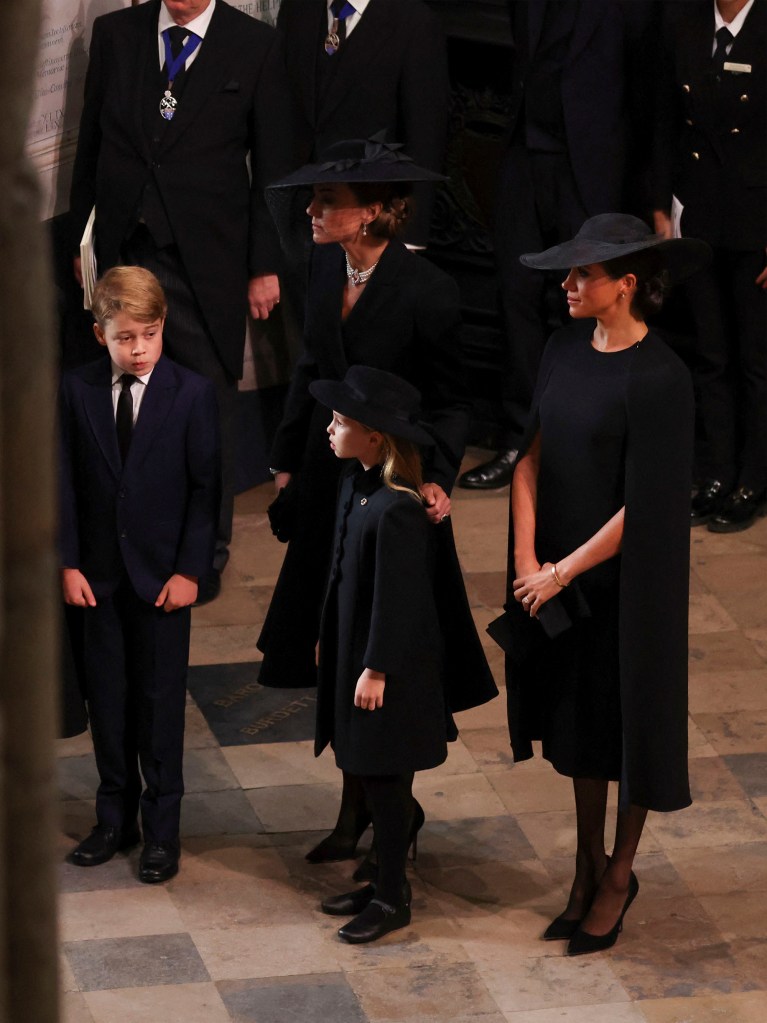 Baker shared at the time how the meeting with Middleton went and about Charlotte’s love of the animals.

“I asked her how the children were, and she said Charlotte is really enjoying her riding which is great to hear,” Baker said at the time. “She emphasized that Charlotte has this passion for horses and although she doesn’t echo it, she’ll do her best to champion and encourage it.”

Over 2,000 guests attended the hour-long funeral on Sept. 19, including the Royal Family and dignitaries from around the world. 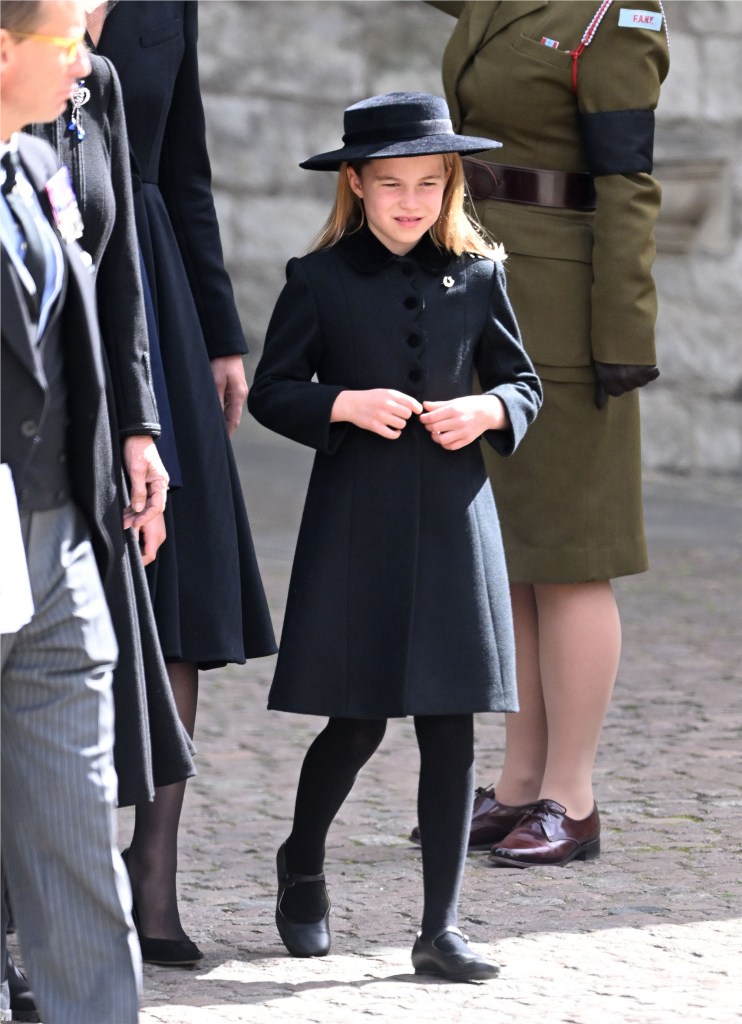 Princess Charlotte during the state funeral of Queen Elizabeth on Sept. 19.Samir Hussein/WireImage

During the walkabout into the Abbey, King Charles III led his family into the church, following closely behind the coffin.

Camila, Queen Consort as well as the Cambridges, Princess Anne, Prince Andrew and Prince Edward and Prince Harry and his wife Meghan Markle were among members of the royal family present at the procession.