PGA Championship full of contenders this time in return to Tulsa Golf was very different in 2007, the last time the PGA Championship was played at Southern Hills Country Club.

Tiger Woods ruled the world in 2007, winning that PGA in the oppressive heat, which was his second start in a remarkable 12-tournament run that produced nine wins and extended into the 2008 season.

Phil Mickelson was one of the most revered figures in the game, having won three of his six career majors by then.

The world order is rather different this year at Southern Hills, which has been tweaked by renown course architect Gil Hanse.

Woods, 46, has played once since his near-death car crash in February 2021, making the cut last month at the Masters and finishing tied for 47th. Woods’ 2007 PGA victory was his 13th major championship and one of four Wannamaker Trophies he has won as the PGA champion.

Mickelson, 51, withdrew from the championship amid the controversy surrounding derogatory comments he made about the PGA Tour and a new Saudi-backed rival league. Mickelson has been in exile since his explosive and controversial comments criticizing the PGA Tour and the Saudi-driven Greg Norman-fronted LIV Golf Invitational Series were made public back in February.

Here’s a look at the new order in the sport: 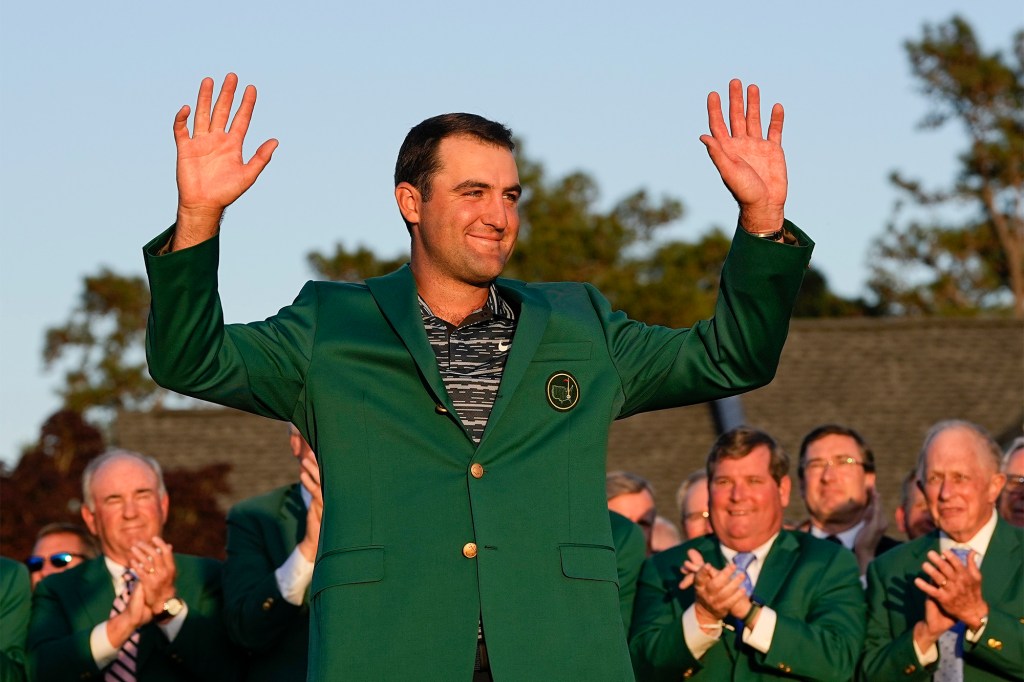 Scottie Scheffler won the Masters in April for his first career major title.AP

Scottie Scheffler, who at age 25 had no PGA Tour victories until he won the Phoenix Open in February, enters this week with four career wins — including, by the way, the Masters — and is ranked No. 1 in the world.

Jordan Spieth, 28, needs just a PGA Championship title to complete the rare career Grand Slam, something just five players have accomplished. Spieth has been in improving form; he won at Hilton Head and has performed well this past week at the Byron Nelson.

Spieth said he played Southern Hills in a U.S. Amateur, “but it changed so much and I was 15 or 16 years old, so I just wanted to see it.’’

So, he went for a recon practice round recently with Justin Thomas “to take maybe some stress off practice rounds … and be able to maybe do nine each day instead of feeling like I got to go out and learn a lot.’’

Spieth liked what he saw. 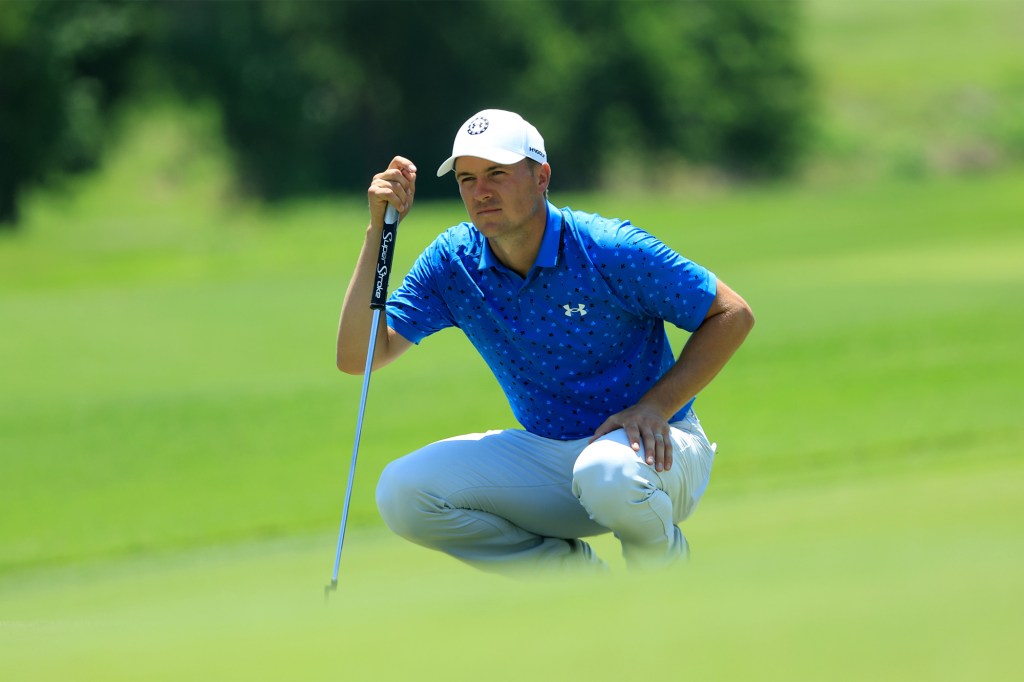 Jordan Spieth would complete the career grand slam with a victory at the PGA.Getty Images

“I thought the golf course was fantastic,’’ he said. “I loved it. I think the green complexes are perfectly fitting to the holes. It was a great test. I really enjoyed playing it.’’

The entire CBS talent crew covering the PGA — including Jim Nantz, Dottie Pepper and Nick Faldo — all believe Spieth is entering this week in strong shape.

“I like the way he’s coming into this, not just because he won at Hilton Head, but because he’s not the lead story going for the career Slam,’’ Nantz said.

“I think a lot of things [are] trending, to get a win, and when the putter wasn’t [going well], but the scrambling was so darned good,’’ Faldo said of Spieth winning Hilton Head in spite of his balky putting.

“I thought the statement of the entire week at Hilton Head [from Spieth] was that, ‘I won without a putter,’ ’’ Pepper said. “It shows you how talented he is and how much his ball-striking has improved. That [he’s] coming in with some confidence from that win that was scratchy at best really puts him in a good place to try to finish the job here and get that elusive last major.’’

Among the other top players who cannot be discounted this week is Jon Rahm, who had the No. 1 ranking wrested away from him by Scheffler, but remains in terrific form after winning in Mexico recently. Rahm tied for eighth at Kiawah Island at last year’s PGA Championship and tied for 13th at Harding Park in 2020.

Viktor Hovland, who played college golf at Oklahoma State, will have a home-state advantage.

Rory McIlroy, a two-time PGA Championship winner, who hasn’t won a major championship since 2014, is hungry and irritated at having to continue answering questions about the drought. He’s coming off back-to-back top-five finishes at the Masters and Wells Fargo Championship.

Justin Thomas is another top player who has publicly expressed disappointment in his performance in major championships. His only major happens to be the 2017 PGA Championship.

Cam Smith, the quiet Aussie, has two wins this season, including The Players Championship.

Collin Morikawa cannot be overlooked. He won the 2020 PGA at Harding Park in his first PGA Championship start and has six top-10s in 10 PGA Tour starts this season.

Patrick Cantlay has quietly nestled into the dubious role as the one of the best players in the world without a major championship victory. He tied for third at the 2019 PGA Championship at Bethpage Black and, more recently, had strong performances at Hilton Hear and the Zurich Classic, which he won with teammate Xander Schauffele. How to bet Jermell Charlo vs. Brian Castano...