The Pacers reportedly had a good laugh over the Lakers’ attempt to offload Russell Westbrook, along with Talen Horton-Tucker and a 2026 first-round pick, in exchange for Indiana guard Malcolm Brogdon.

“They just get a nice chuckle and say ’No thank you, we’ve got better deals on the table than that,’” said ESPN draft analyst Jonathon Givony on “The Lowe Post” podcast, who added that a move for Brogdon “is probably not going to happen.”

The Lakers, on the other hand, had a major Westbrook problem last season, when his historically poor offensive performance contributed to the team missing the playoffs. 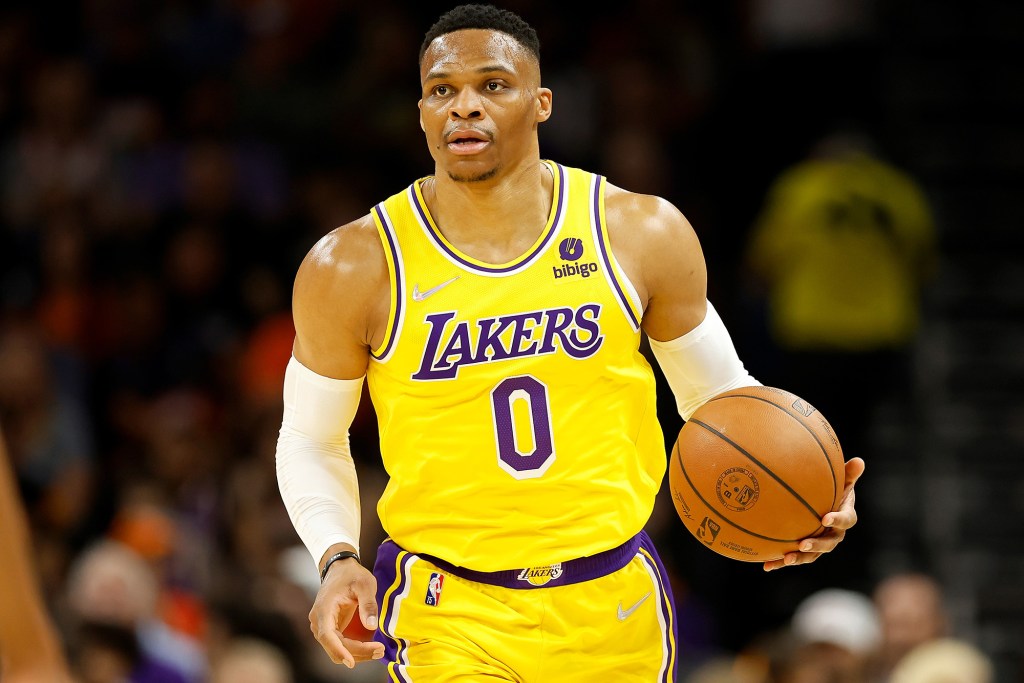 Russell Westbrook handles the ball during a Lakers game in April 2022.Getty Images

Westbrook averaged 18.5 points per game (78 games) last season, which is his lowest since the 2009-10 season — while also posting a career-worst 15.0 PER, or player efficiency rating.

The 33-year-old point guard has a $47.1 million player option, which isn’t the most ideal situation for some teams interested in Westbrook’s services.

Lakers owner Jeanie Buss said in May that the team “will look at everything,” and “make hard decisions,” if needed, after Los Angeles finished 33-49 last season.

Though Westbrook’s future remains unclear, the Lakers shook up their coaching staff in April by parting ways with head coach Frank Vogel. The team has since hired Bucks assistant Darvin Ham. 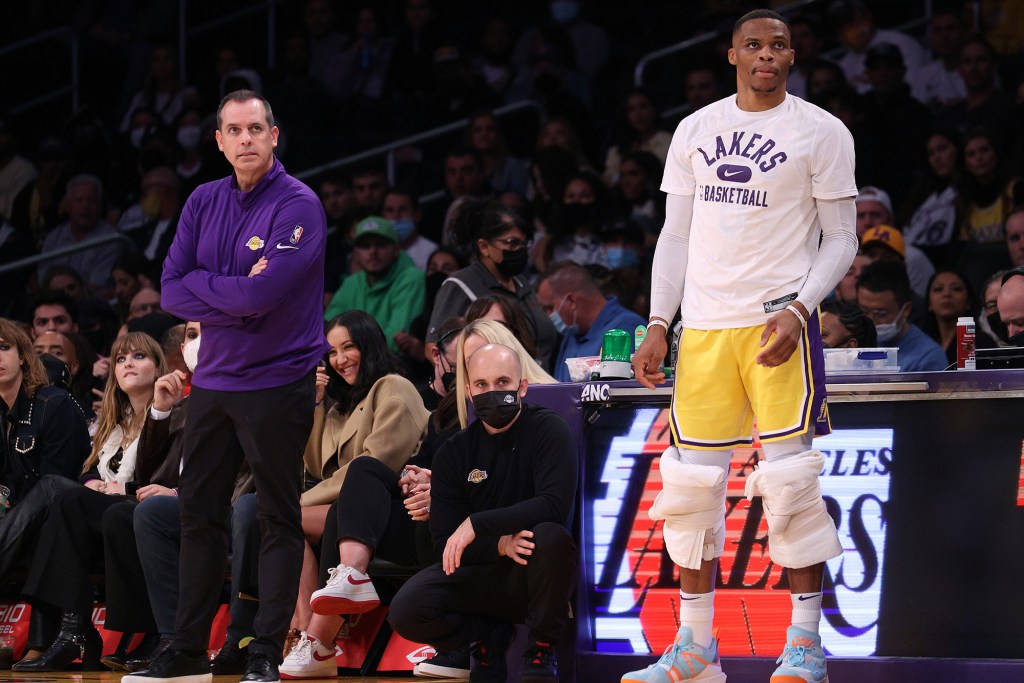 Frank Vogel and Russell Westbrook during a Lakers game in November 2021.Getty Images

Westbrook previously blamed Vogel for his struggles, stating in April that he believed the coach had an issue with him and that the two “never really connected.”

Westbrook left the Wizards for the Lakers to form a Big 3 with LeBron James and Anthony Davis, who led the Lakers to a 17th title in the 2020 NBA bubble. The plan was foiled, however, when Westbrook couldn’t gel within the Lakers’ system, and injuries kept the trio from uniting on the floor.

Though Ham previously said that he “absolutely” sees Westbrook in Los Angeles, the Lakers have been hosting pre-draft workouts with prospects, including Shareef O’Neal, despite having zero picks in Thursday’s 2022 NBA Draft.