Warriors forward Andrew Wiggins is walking with a different kind of confidence now.

In 2022, Wiggins played a crucial role in the Warriors’ NBA championship and was a starter in his first All-Star Game appearance.

“This has been a dream, you know, for me to be an All-Star, to win a championship, to have my second daughter. This whole year, it’s been a dream come true,” Wiggins, 27, told The Post recently on behalf of Invisalign — the clear teeth aligners that he credited for helping with his confidence on and off the court.

Wiggins was not quite considered a bust after being the No. 1 pick on the 2014 NBA Draft, but his five-plus seasons in Minnesota only saw one playoff bid. When he was traded from the Timberwolves to the Warriors on Jan. 18, 2020, few saw him as the missing piece that’d help Golden State regain its championship form.

“No, not a lot of people believed in me that I could even help a championship team,” said Wiggins, who averaged 16.5 points and 7.5 rebounds in 22 playoff games. “So to go there [to the Warriors] and just to prove everyone wrong, do my thing, and how you know to bring the chip back to San Fran. It was, you know, an amazing feeling.” 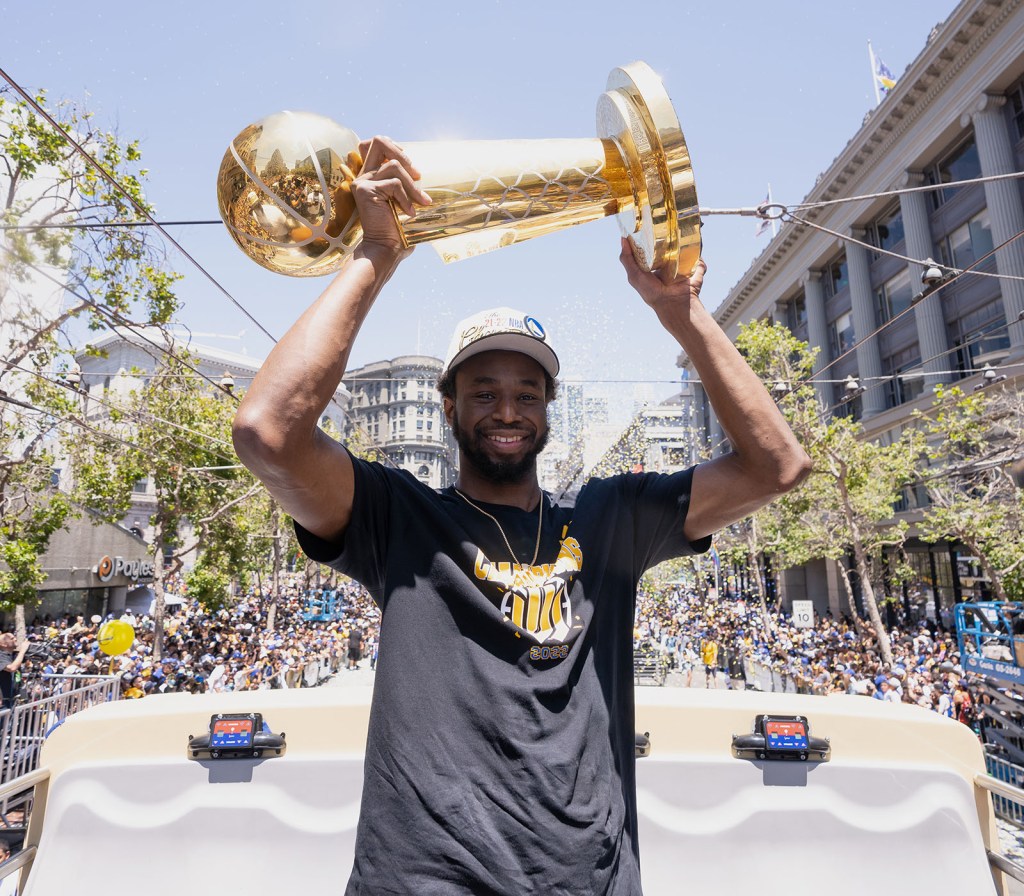 Wiggins, along with 2021 first- and second-round draft picks, was sent to the Warriors for D’Angelo Russell, Jacob Evans and Omari Spellman. The deal came seven months after the Warriors acquired Russell as part of a sign-and-trade deal with the Nets for Kevin Durant.

“It was just like, you know, fresh air — great to see new things. New teammates, new coaching, a new team, new organization, new playing style. And it benefited me,” Wiggins said. “Playing alongside some future Hall of Famers. Steph [Curry] is going to give anyone confidence, you know, and the goats.”

It took 33 games for the Warriors to decide Russell wasn’t the right fit. At the time, Golden State needed a powerful presence to help fill the void of Durant’s departure, amid a series of injuries to their championship roster.

With Wiggins, the Warriors added an impactful two-way player to help lead the team to its fourth championship in eight years. And while most of the accolades go to Curry, Klay Thompson and Draymond Green, it’s hard to envision the Warriors winning last season without Wiggins. The former first-round pick was at times the best player on the floor in the 2022 NBA Finals, averaging 18.3 points and 8.8 rebounds across six games. 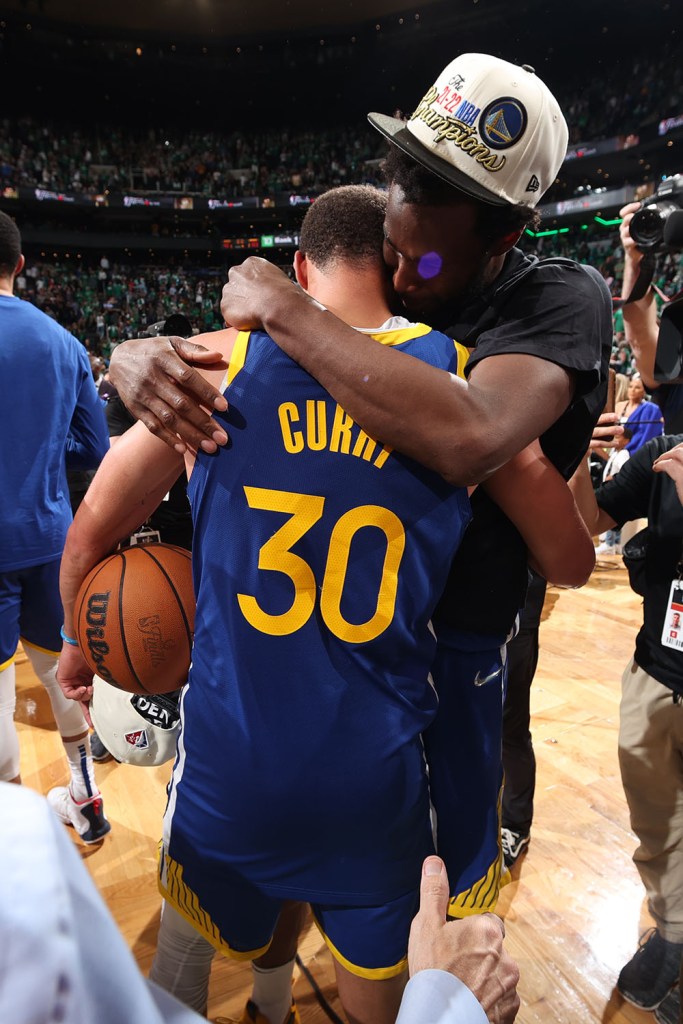 Stephen Curry and Andrew Wiggins embrace after Game 6 of the 2022 NBA Finals on June 16, 2022 at TD Garden in Boston, Mass. NBAE via Getty Images

In Game 5, Wiggins was Golden State’s top scorer with 26 points on a night when Boston shut down Curry. Wiggins added 13 rebounds to notch a double-double.

“It’s just different situations. That’s all I’ll say. You know, I feel like my time in Minnesota was up. It was time for a change,” Wiggins said.

Now, Wiggins is looking to double down on his 2022 leap. 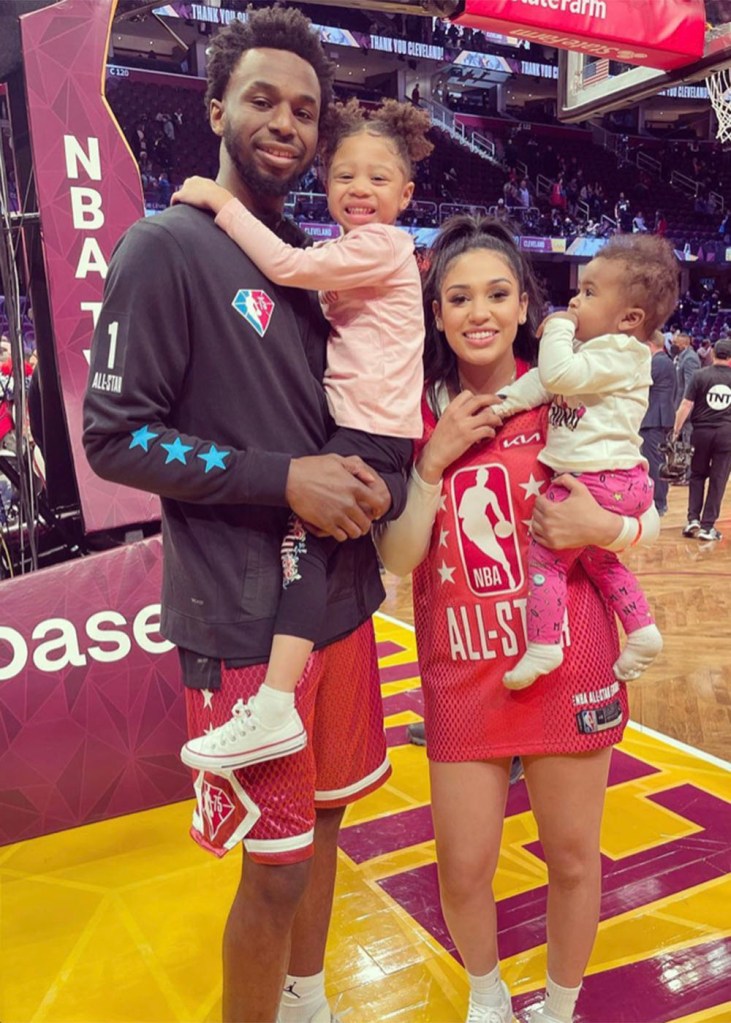 Andrew Wiggins and his girlfriend with their two daughters at NBA All-Star 2022 in Cleveland, Ohio. Instagram/Mychal Johnson 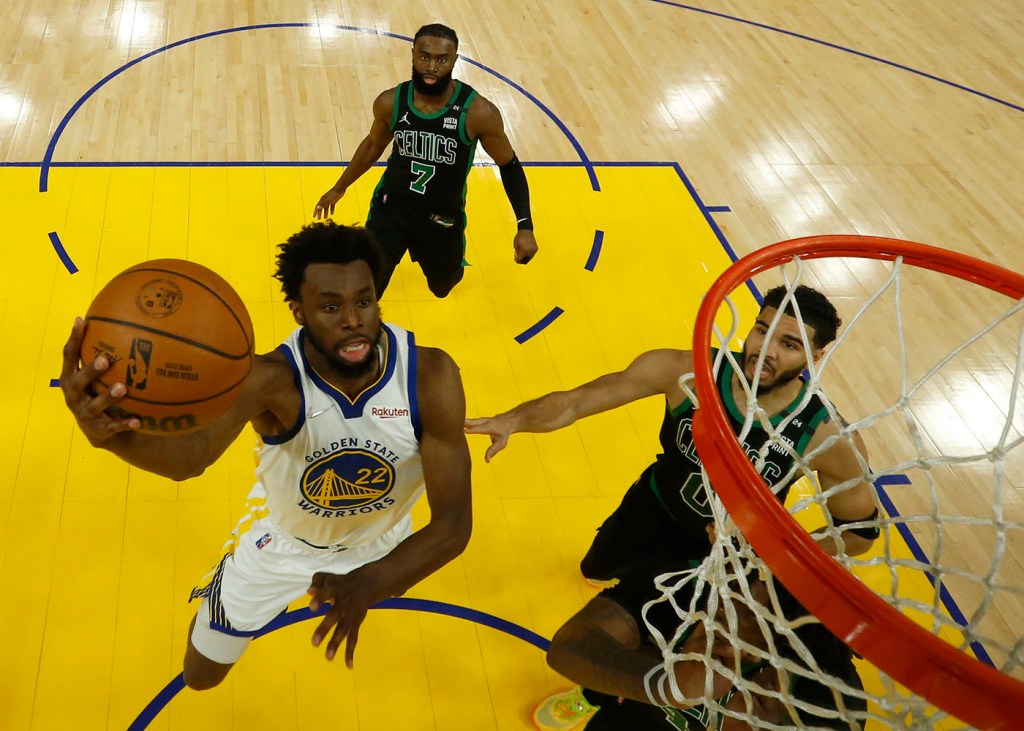 Andrew Wiggins drives to the basket against the Celtics’ Jaylen Brown #7 and Jayson Tatum #0 during the first half in Game 5 of the 2022 NBA Finals.Getty Images

“I’ll just repeat everything, you know, that’s the main thing. Obviously, a championship is the ultimate goal, and being an All-Star,” said Wiggins with the Warriors opening their title defense on Oct. 18 against the Lakers.

“I would love to do that again, [and] being on the All-Defensive team, I would love that. And those are probably my main goals.”

Wiggins is entering the final season of his max contract he signed with Minnesota in 2017 and will be an unrestricted free agent in 2023. Tua Tagovailoa out against Jets after... ‘House of the Dragon’ outrages fans with dark...