In 2019, one year after Olivia Newton-John revealed she was diagnosed with stage 4 cancer, the singer and actress sold off most of her massive real estate portfolio in order to invest more into her foundation and wellness center, The Post has learned.

“Olivia loved helping people. She spent the last two decades of her life giving back,” a source close to Newton-John told The Post. “She wanted to leave behind something that would last, and something that her daughter, too, could benefit from.”

Newton-John — who shared a 36-year-old daughter, Chloe Rose Lattanzi, with her first husband, Matt Lattanzi — listed her California horse ranch of four years for $5.4 million in 2019. But the “Grease” icon decided to spend her remaining days in the home, according to the source.

Instead, in October 2021, records show Newton-John — who died Monday at age 73 — officially transferred full ownership of the Santa Barbara estate to her husband, John Easterling, who re-financed the mortgage with $2.5 million left on the home.

“She was in a lot of pain, but she was a fighter,” the source explained. “The place was her heaven on Earth and it gave her many calming moments in her final days.”

“They loved it,” Michael Caprio, her friend and publicist, told The Post separately. 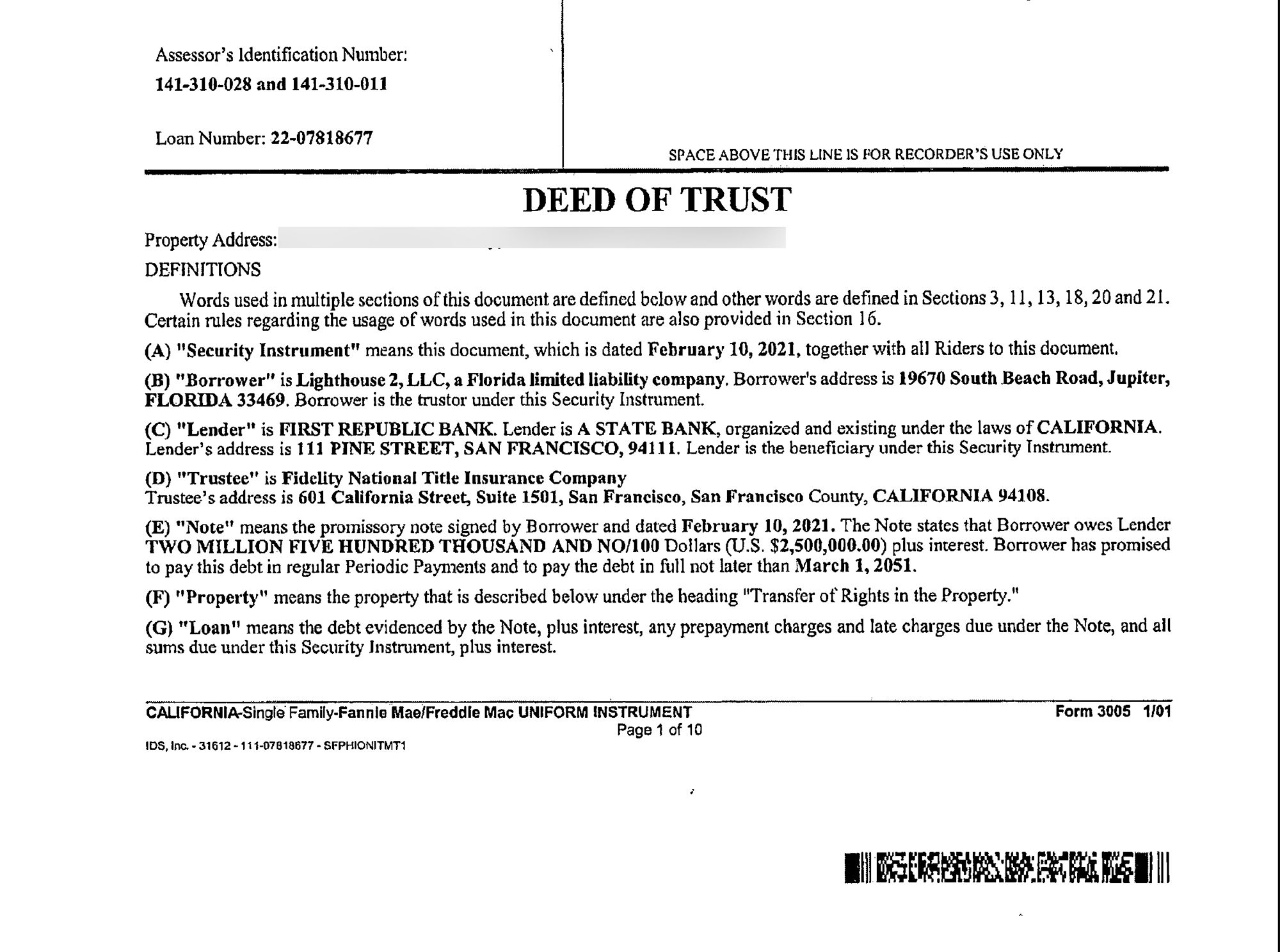 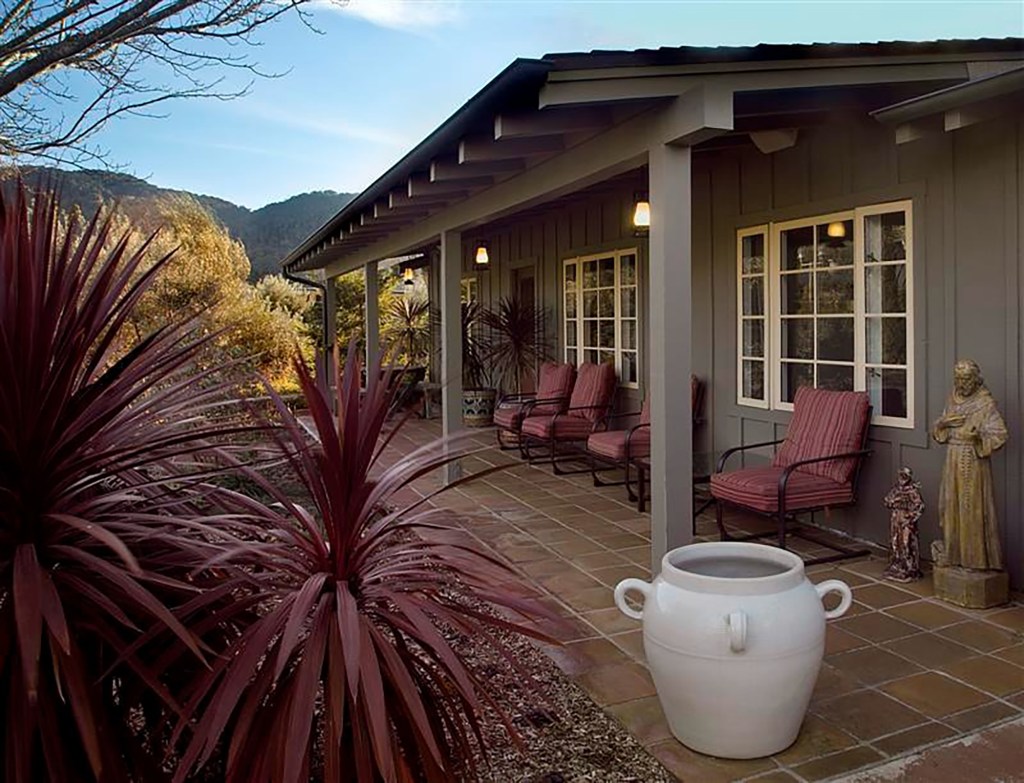 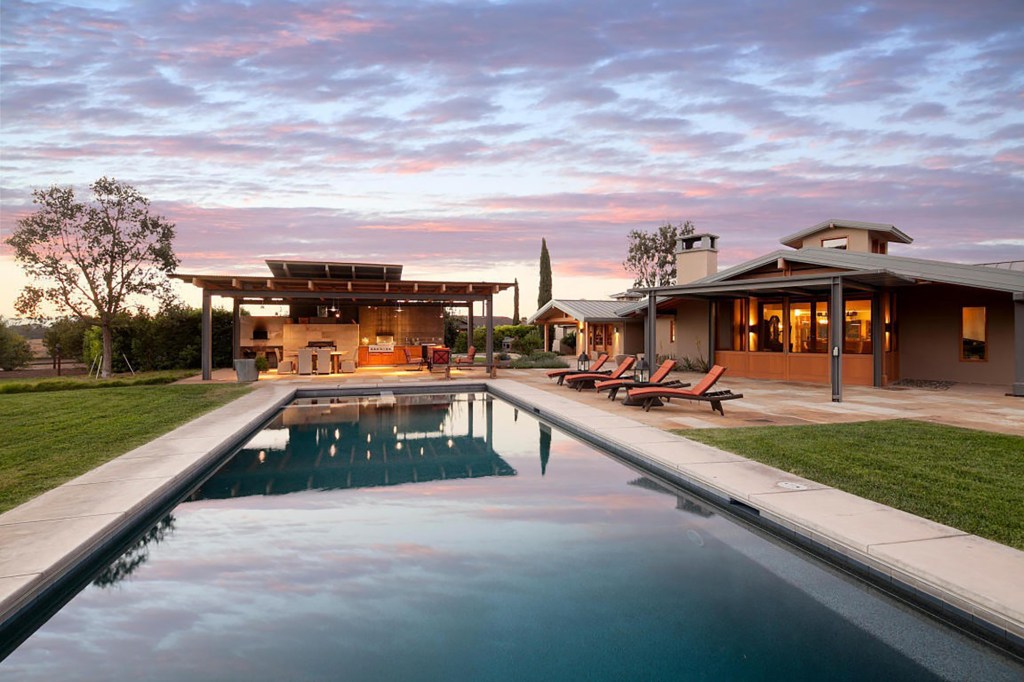 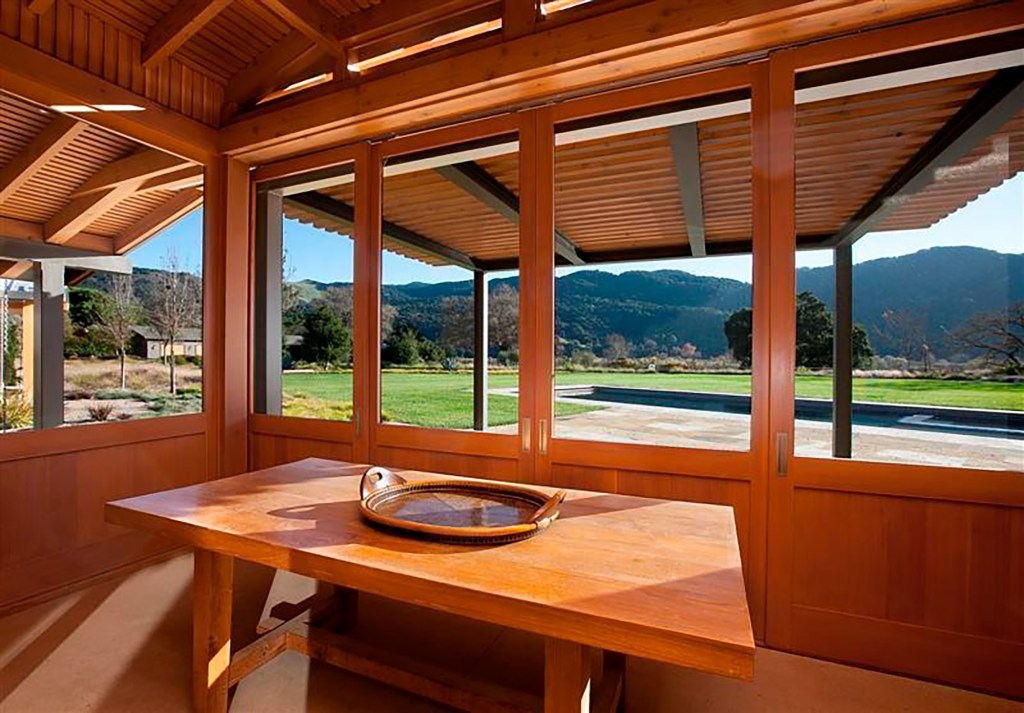 The California home is situated on over 12 acres of land. Village Properties 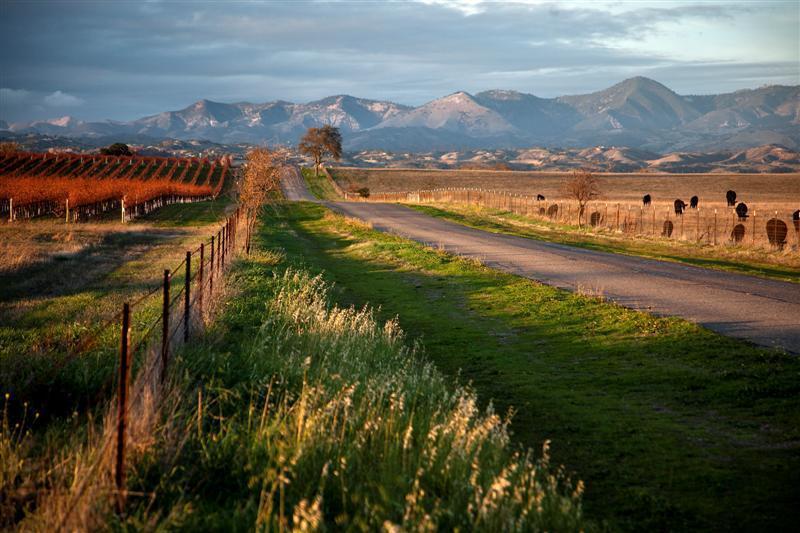 The Santa Ynez Valley home boasts mountain views and is situated along the Santa Ynez River in California. Village Properties 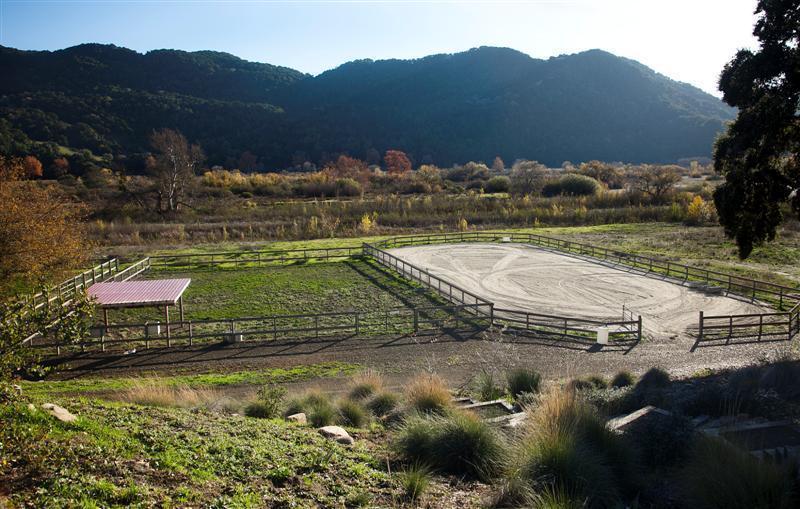 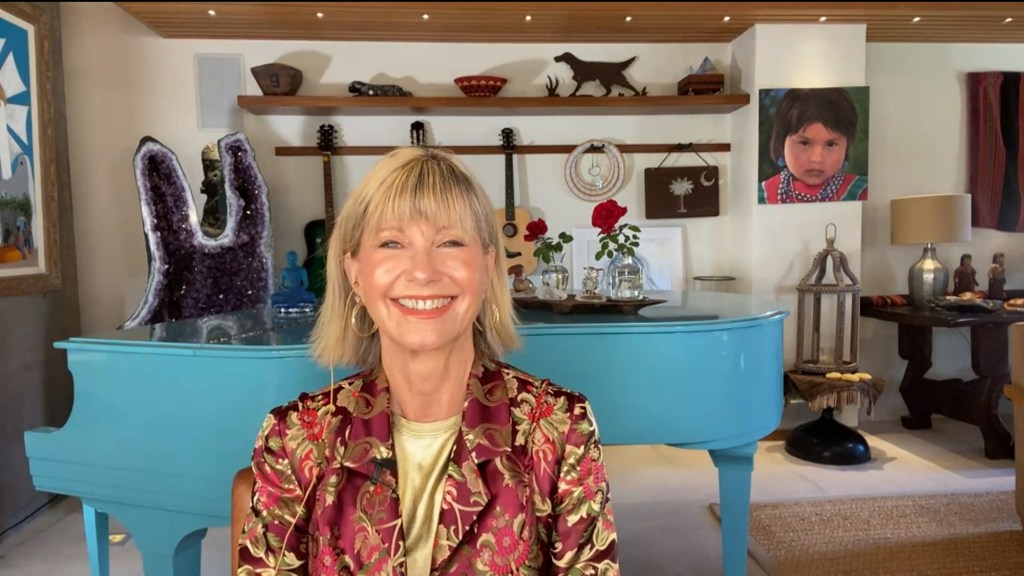 Olivia Newton-John is shown inside her Southern California home during a taping of “Watch What Happens Live With Andy Cohen.” NBCU Photo Bank via Getty Images

The two had initially purchased the four-bedroom, five-bathroom Santa Ynez property for $4.69 million in 2015.

Situated on 12 plus acres alongside the Santa Ynez River with a 4,452 square feet main house, other amenities included a two-bedroom guest house, a barn, horse stables, and a pool.

Newly built in 2008, the contemporary estate features a main residence that accented with wood, sky-lighted ceilings in the great room, windows in the gourmet kitchen and an opulent sun room.

In June 2019, one month after listing her California home, she put her 189-acre Australian farm on the market. 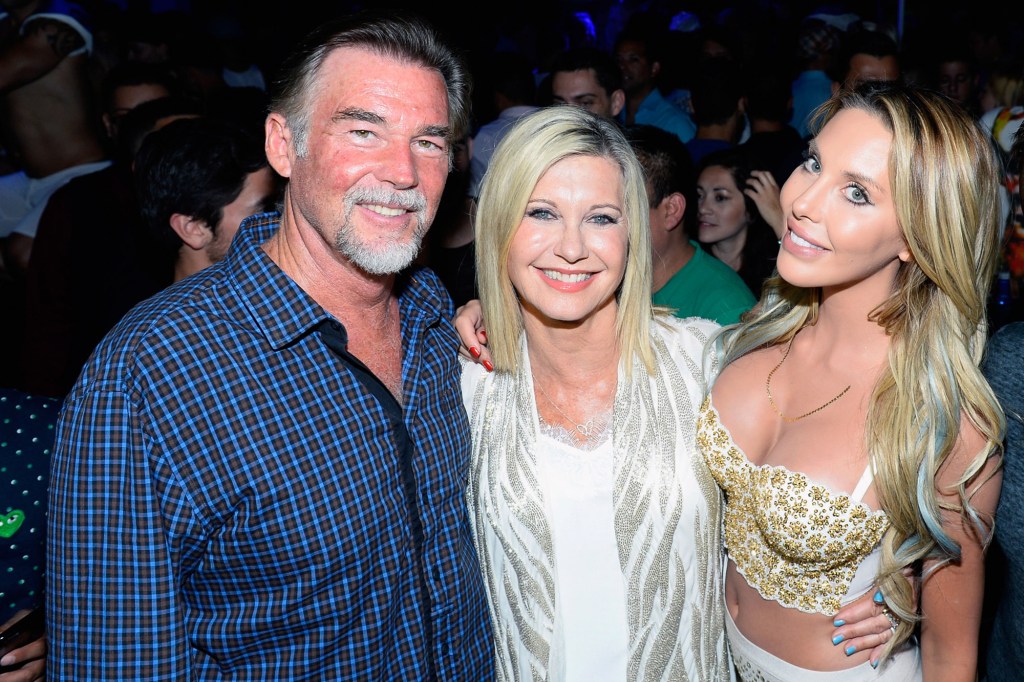 John Easterling and his wife, singer and actress Olivia Newton-John, are joined by her daughter, Chloe Lattanzi, at a 35th-anniversary celebration for the movie “Xanadu” in Las Vegas in 2015.WireImage

Newton-John initially purchased the land — located in the town of Dalwood in New South Wales — in the 1980s and rebuilt the home in the early 2000s.

The French country-style property is made up of eight lots, with a three-bedroom, two-bathroom main house and a one-bedroom guest suite, the previous listing notes. 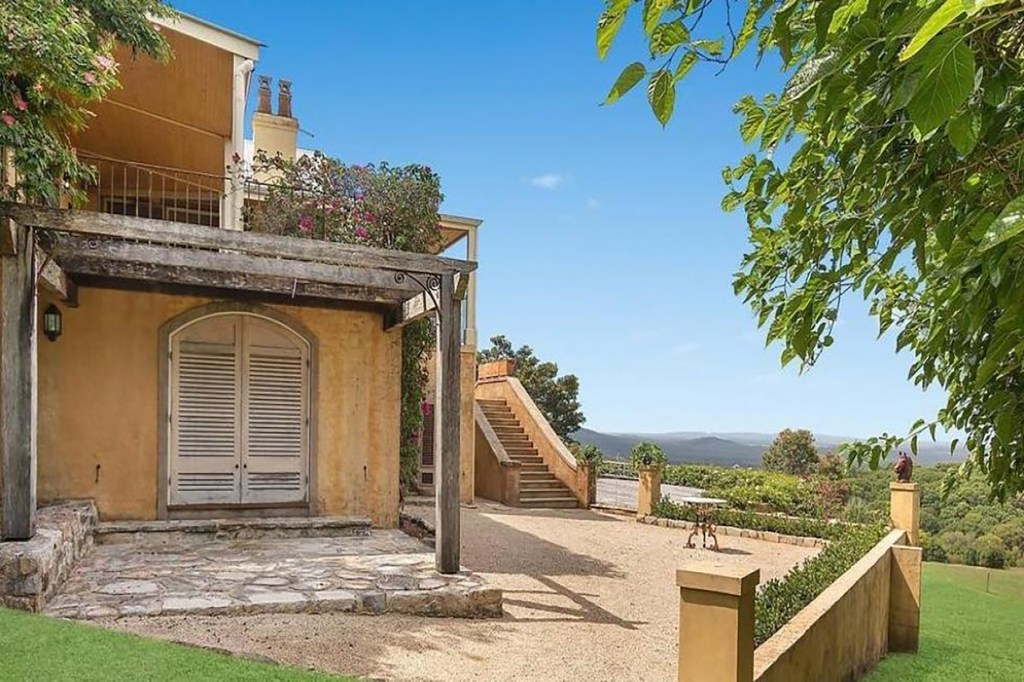 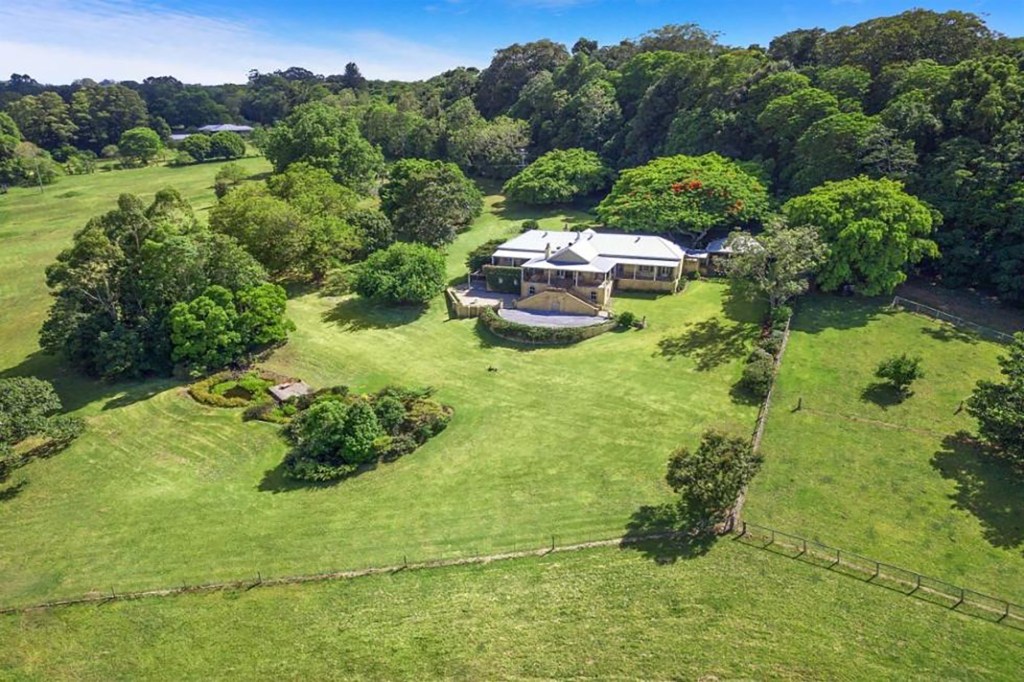 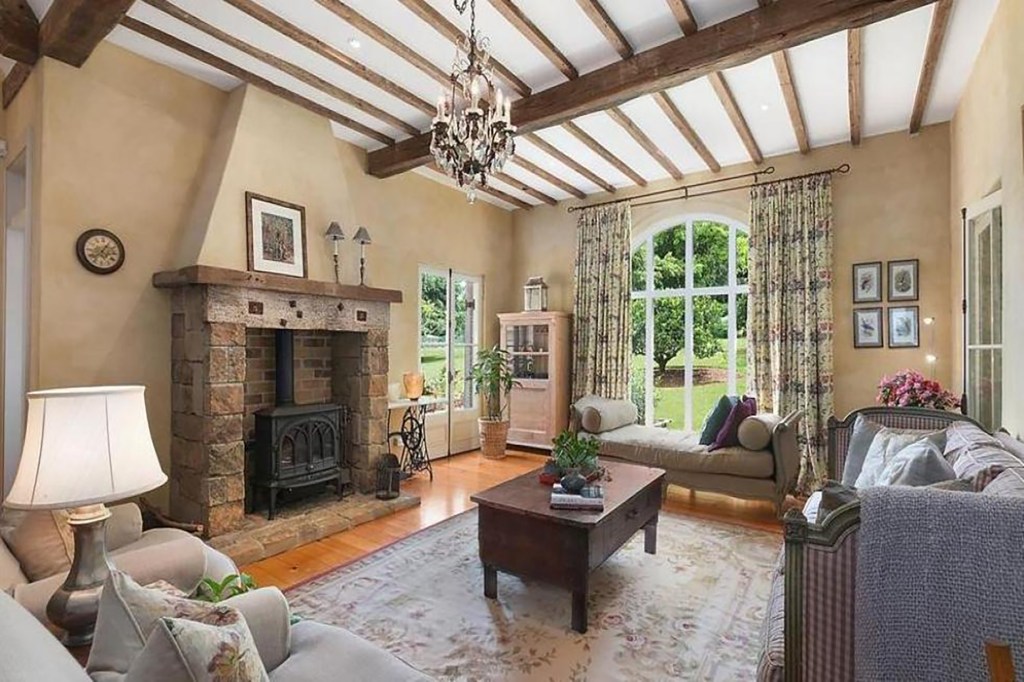 The home features a terracotta-colored exterior and rustic interiors, as well as wraparound terraces.

The compound has its own robust rainforest with a natural waterfall, two dams, a creek and large bird populations, according to the previous listing. It also borders a national park called Victoria Park Nature Reserve, which adds to the privacy of its secluded location.

Over the years, the late Australian singer, actor and entrepreneur had invested in her Olivia Newton-John Cancer & Wellness Centre at Melbourne’s Austin Hospital. She established the facility in 2012 at a cost of $189 million — with state and federal funding plus philanthropic support bringing it to fruition. 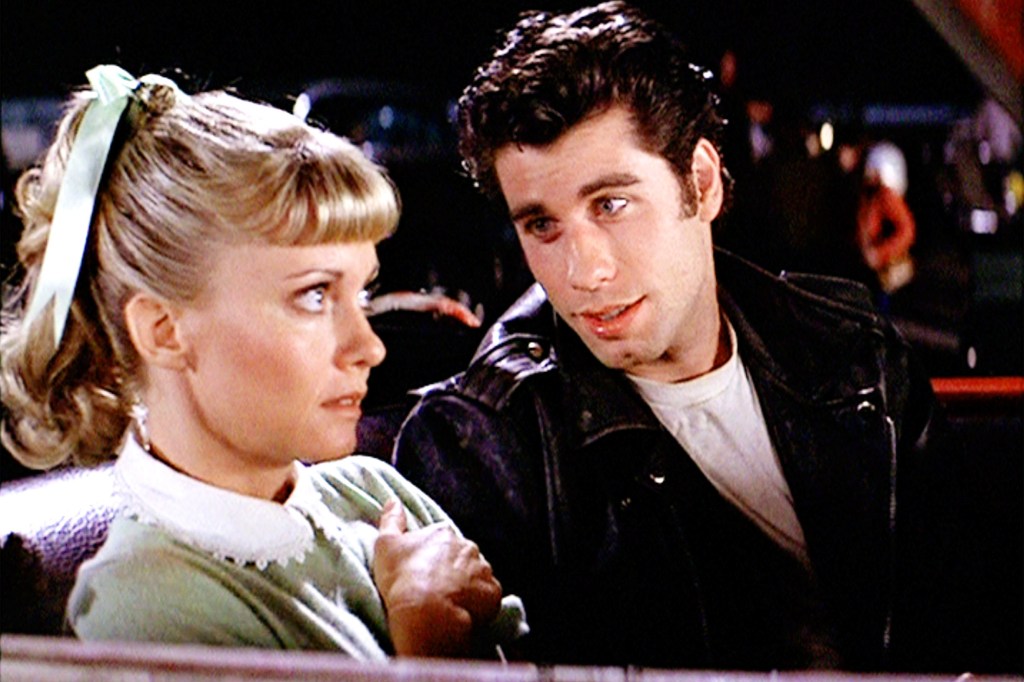 In 2005, she co-founded the award-winning Gaia Retreat & Spa — a health retreat in the Bunjalung Country of Byron Bay, a region often known as the healing heartland of Australia.

She also launched the Olivia Newton-John Foundation in recent years.

“The idea is to fund research into kinder ways to treat cancer, to prevent cancer, and to live well with cancer,” she said in a 2020 interview with Forbes. “So, all those things, I believe, we will eventually see a world beyond it where it’s just treated as any other illness that you can kind of control and live well with and, of course, hopefully cure it. Living well is something that I do, and I’m hoping that I can help others do that.”

She was first diagnosed with breast cancer in 1992, then again in 2013, before her third and final diagnosis back in 2017. 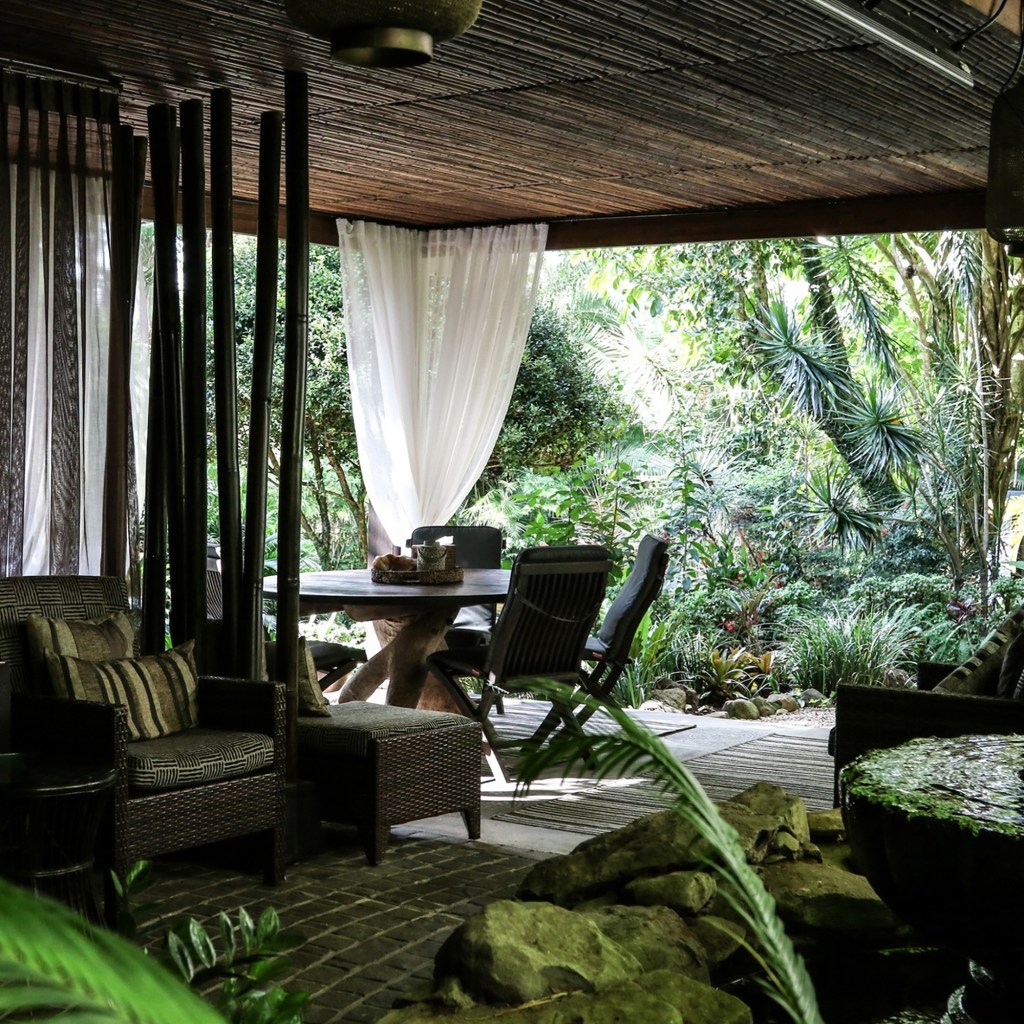 The lounge area of the Gaia retreat is surrounded by nature.@gaiaretreat

Newton-John passed away in her Southern California ranch at the age of 73.

“Olivia has been a symbol of triumphs and hope for over 30 years sharing her journey with breast cancer,” her husband of 14 years wrote in a statement posted to social media on Monday. “Her healing inspiration and pioneering experience with plant medicine continues with the Olivia Newton-John Foundation Fund, dedicated to researching plant medicine and cancer.”

The four-time Grammy Award-winner is most remembered for her role as Sandy in the critically acclaimed film “Grease,” which co-starred John Travolta.

She was born in England in 1948 before relocating to Australia at the age of 14.