Olivia Newton-John has passed away at the age of 73.

The “Grease” legend died at her ranch in Southern California Monday morning, surrounded by family and friends following a long battle with cancer.

The sad news was announced on her official Facebook page in a statement which read: “Olivia has been a symbol of triumphs and hope for over 30 years sharing her journey with breast cancer. Her healing inspiration and pioneering experience with plant medicine continues with the Olivia Newton-John Foundation Fund, dedicated to researching plant medicine and cancer.”

The “Physical” songstress is survived by her husband of 14 years, John Easterling, and her daughter, Chloe Lattanzi, 36. 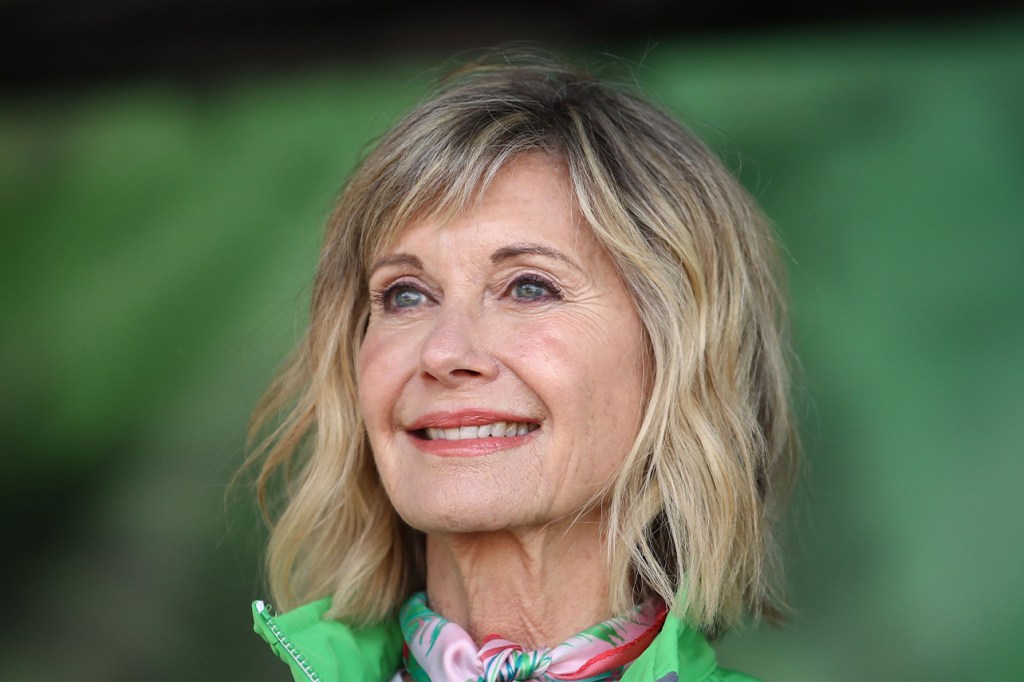 Newton-John died Monday morning at her ranch in California following a long battle with cancer.

Newton-John was born in England in 1948, before relocating to Australia at the age of 14.

She began singing in the late 1960s, eventually releasing her first solo album, “If Not for You,” in 1971, with the title track originally written by Bob Dylan and recorded by George Harrison.

The song hit No. 1 on the US Adult Contemporary chart and No. 25 on the pop charts, but Olivia Newton-John didn’t crack the US until her casting opposite John Travolta in 1978’s movie musical “Grease”.

The film adaptation of the Broadway hit had the character Sandy changed to an Australian Sandy Olsson from American Sandy Dumbrowski, in part to accommodate Olivia’s accent.

It was the biggest blockbuster of 1978, with Olivia’s duet with co-star John Travolta “You’re the One That I Want” topping the pop charts and “Summer Nights” hitting No. 5. Olivia’s big solo ballad, “Hopelessly Devoted to You,” climbed to No. 3. 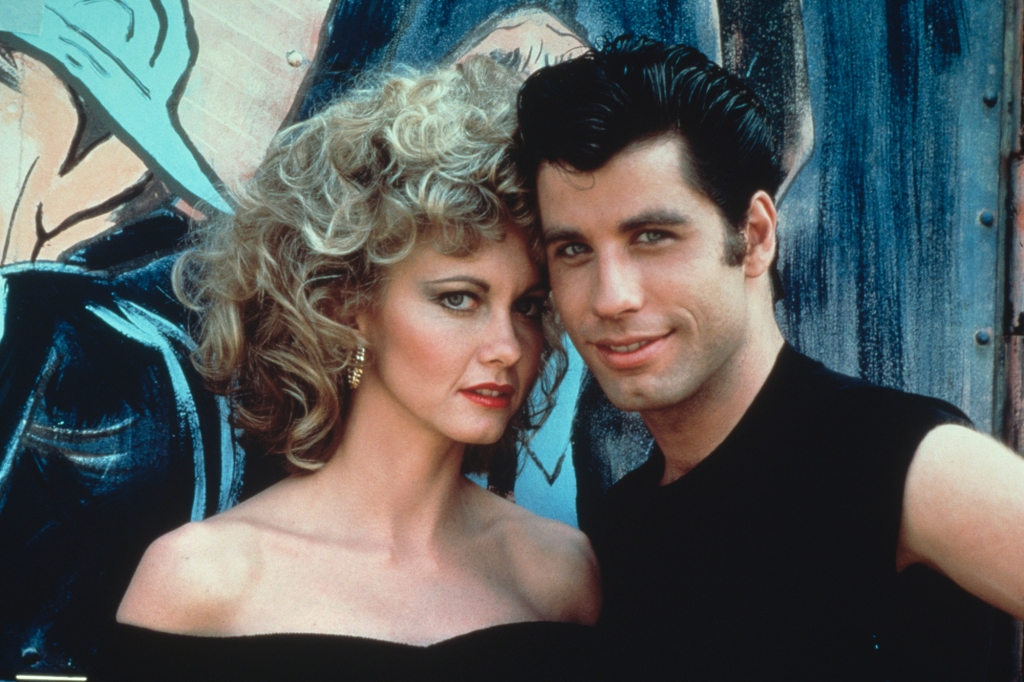 The movie transformed Newton-John into one of the world’s biggest stars, with her next solo album, titled “Totally Hot,” racing up the charts later that same year.

In 1980, Newton-John tried her hand at a second movie musical hit with “Xanadu,” but the film flopped with critics and didn’t resonate with audiences.

The soundtrack, however, was a success, going double platinum and cementing Newton-John’s status as a pop superstar.

Then, in 1981, the blonde scored her biggest with the sexually-charged anthem “Physical”, which track spent 10 weeks at No. 1 on the Billboard pop charts.

It was eventually named the biggest song of the 1980s.

The provocative lyrics led two Utah stations to ban the track, with Newton-John later telling Fox News of the “Physical” phenomenon: “I never really thought of it as sexy. So I thought that title was funny. I mean, I was having a panic attack when it came out because I thought, ‘Oh, I’ve gone too far! We just need to do a video about exercise.’ And that made it even bigger! But I’m very thankful to have that song in my life.” 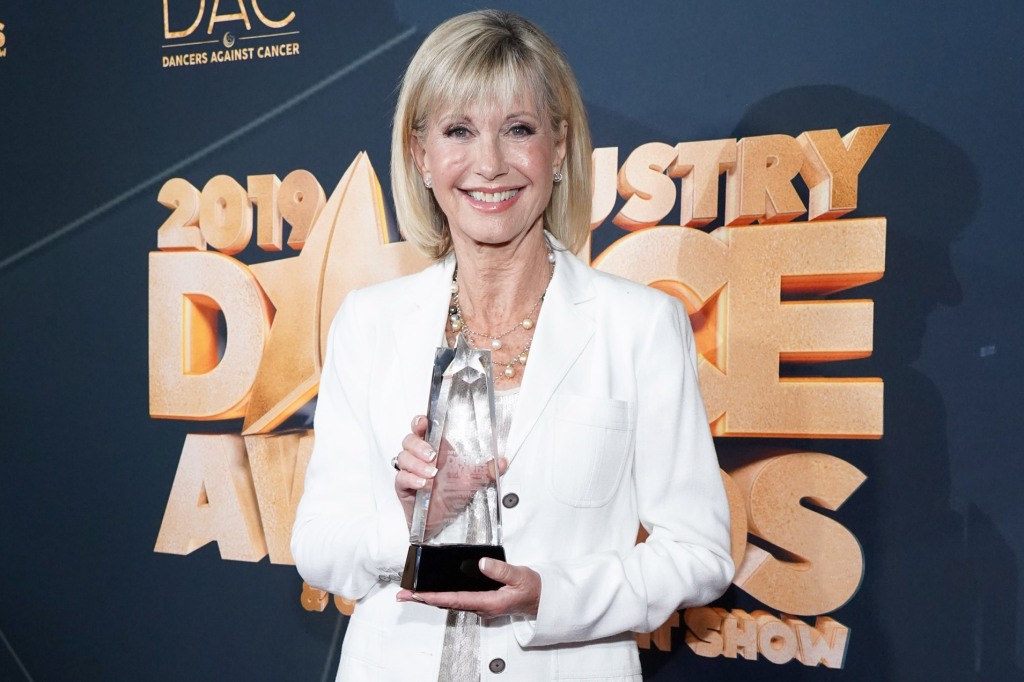 Newton-John was first diagnosed with with breast cancer back in 1992, when she was aged just 43.

Doctors discovered a malignant tumor in her right breast and she underwent a modified radical mastectomy and chemotherapy before eventually being declared cancer free.

In 2013, however, an X-ray taken after a car accident revealed Newton-John had cancer in right shoulder. The star was treated, but did not publicize the cancer diagnosis at the time.

In 2017,  Newton-John found returned and metastasized to her lower back. With the 2017 recurrence the cancer had spread to her bones and progressed to stage IV.

In September of that year, Newton-John said she didn’t focus on her illness, but on things that make her happy, as a means of getting through the day with a positive attitude.

“I’m a very privileged person, and I’m very aware of that,” she said. “I have a wonderful husband, I have all the animals I adore, I have an incredible career. I have nothing really to complain about.”