Tonight’s NBA game between the struggling Oklahoma City Thunder and the middling Memphis Grizzlies was projected to be a 107-104 victory for Memphis. The margin of victory was slightly more lopsided.

When the final horn sounded, the Grizzlies had throttled OKC by historic 73 point margin, 152-79.

Seventy three points is, by far, the largest margin of victory ever in an NBA game. Second place goes to a Miami Heat-Cleveland Cavaliers contest 30 years ago, which the Heat won by 68 points. Memphis’s 152 point total is the highest in franchise history. And they did it without their all-star guard Ja Morant, who’s averaging 24 points this season. (To be fair, OKC was without its own superstar guard, Shai Gilgeous-Alexander, who did not play due to concussion protocols.)

Even without Morant, Memphis shot an astounding 62.5% from the field. The Grizzlies’ bench players alone outscored the entire Thunder roster, 93-79. The rebounding totals were equally lopsided, at 53-26, in favor of Memphis. 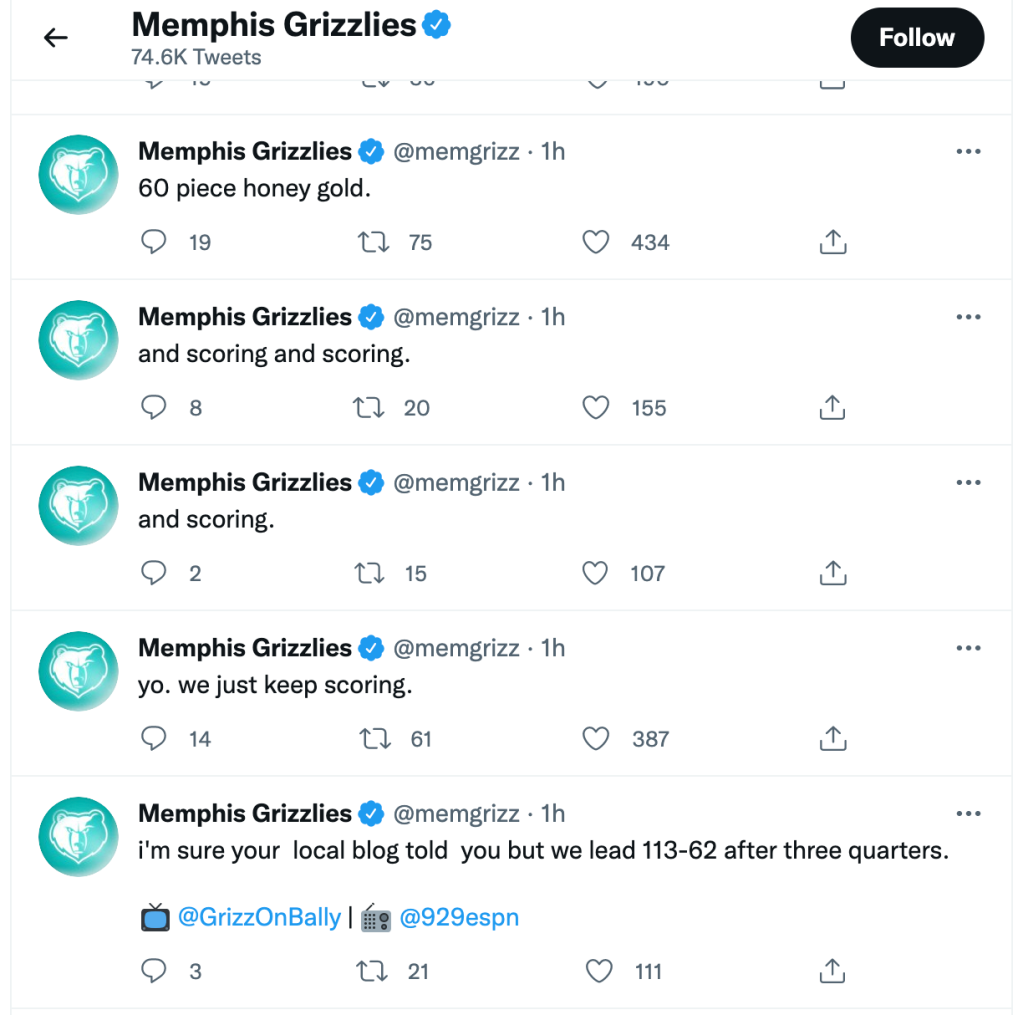 Thunder Twitter was more sedate with a simple, “regroup and back at it Monday.”

regroup and back at it Monday pic.twitter.com/xNhPToSr83