If the NFL had a sense of humor, Odell Beckham Jr. would flip the coin before the Thanksgiving game between his two primary suitors.

Beckham signs with the Cowboys if it comes up heads and with the Giants if it comes up tails. The attention-seeking Beckham certainly would love it, and it seems only fitting because Beckham’s high school head coach recently handicapped the recruitment for the free-agent wide receiver’s services as a “flip of a coin” between the two NFC East rivals, during a conversation with The Post’s Ian O’Connor.

Alas, Beckham’s decision won’t be made until after Thanksgiving, when he will visit the Cowboys facility, according to owner Jerry Jones, and is expected to visit with the new Giants’ brass. Wednesday served as the eight-year anniversary of the one-handed catch Beckham made for the Giants in a prime-time loss to the Cowboys that elevated the promising rookie from NFL player to a football phenom and Hollywood celebrity.

“Hopefully things are going great in the recruiting process,” Cowboys quarterback Dak Prescott said. “He knows how much I want him here.” 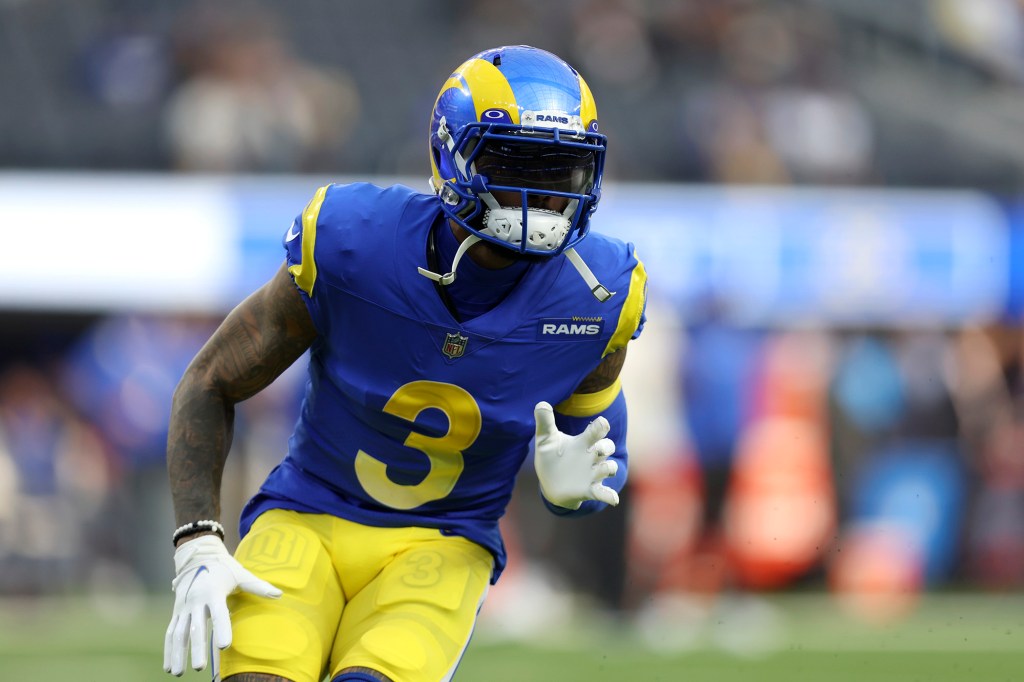 If Beckham is looking for the biggest contract and security as he returns from his second torn ACL repair, the Cowboys have more salary cap flexibility.

If he is looking for the best chance to go deep in the playoffs, the Cowboys and Giants have identical 7-3 records but Dallas has won 10 of the last 11 meetings and is a 10-point favorite on Thanksgiving, so an upset by the Giants would go a long way toward proving legitimacy.

If he is looking to feel the most love, the Cowboys — from Jones to stars Prescott, Ezekiel Elliott and Micah Parsons — practically are tripping over their feet in the rush to make OBJ feel wanted.

The Giants have taken a much quieter approach, with head coach Brian Daboll passing on several opportunities to comment specifically on Beckham. General manager Joe Schoen admitted to conversations with Beckham’s representatives checking in on his health. Only Saquon Barkley, who along with Sterling Shepard attended Beckham’s 30th birthday party in Los Angeles this month, made anything resembling a public recruiting pitch, though the close friendship between the three allows for private influencing.

With Shepard and Wan’Dale Robinson out for the season, the Giants are more desperate than the Cowboys for receiver help.

“That’s something that Joe and I will talk about,” Daboll said of adding receivers. “Just like all the spots, this will be another discussion that we’ll have. And we’ll see where it goes.”