Odell Beckham ‘half’ serious about signing with whoever wins NFL opener The Odell Beckham Jr. sweepstakes could be decided on the field.

On Tuesday, the free-agent wide receiver appeared to indicate in a tweet that he will sign with the winner of Thursday’s season opener between his former Rams team and the Bills.

Both teams are said to be frontrunners to land the Pro Bowl wideout, who’s recovering from a torn ACL after injuring his knee in the Rams’ Super Bowl win over the Bengals in February.

“Whoever wins Thursday !!!!! can’t wait … to all the boys goin into the season!” Beckham tweeted Tuesday, adding a wink face emoji. “May God bless u wit peace of mind and physical strength to endure the season. God watch over all my brothers this year let them shine and stay healthy !! LUV.”

Beckham then walked back his statement when CBS NFL insider, Josina Anderson, quoted-tweeted the receiver with three exclamation points.

“LOL JO don’t hold me 2 it!” Beckham replied to Anderson. “I [email protected] mean it, but these two teams are both just… just sayin I think the two teams that are opening up the season could be playin each other again at the end…..” 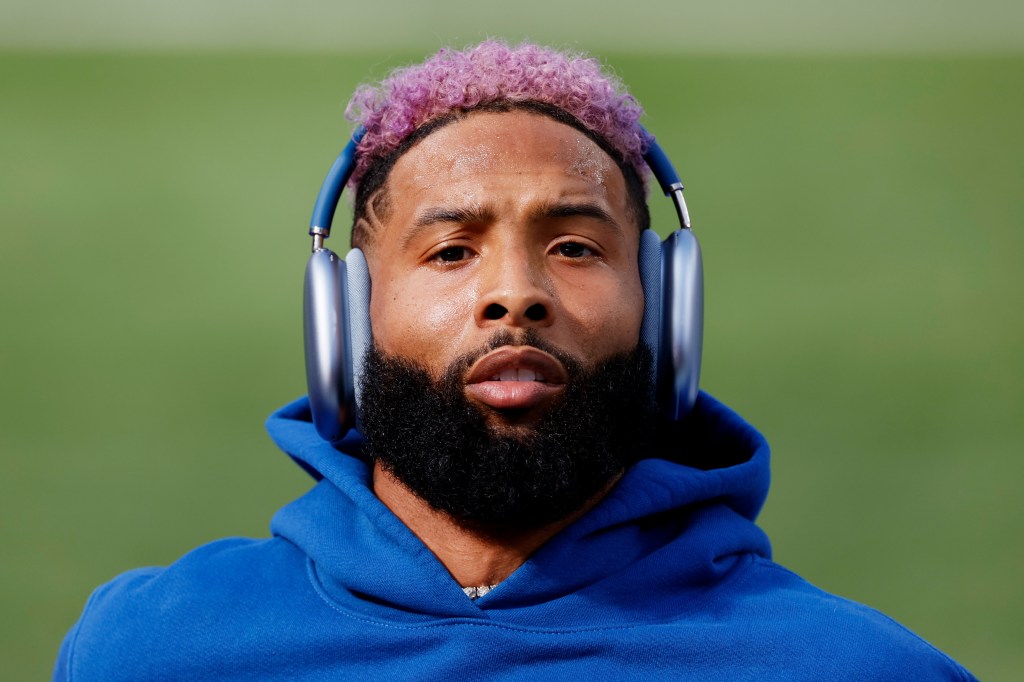 Odell Beckham Jr. ahead of Super Bowl LVI between the Rams and Bengals at SoFi Stadium in Inglewood, California, on February 13, 2022. Getty Images

Although there is no deal imminent for Beckham ahead of Week 1, the Rams and Bills have made it known they would welcome the 29-year-old receiver.

On Sunday, The Athletic reported that the Rams “kept a full locker, plus nameplate, open for Beckham in their locker room at Thousand Oaks.”

Los Angeles has been lobbying for Beckham’s return since they won a Super Bowl together in February — and even after they signed wide receiver Allen Robinson in free agency.

Rams coach Sean McVay said in May that he “really wants Odell back on [their] team.” 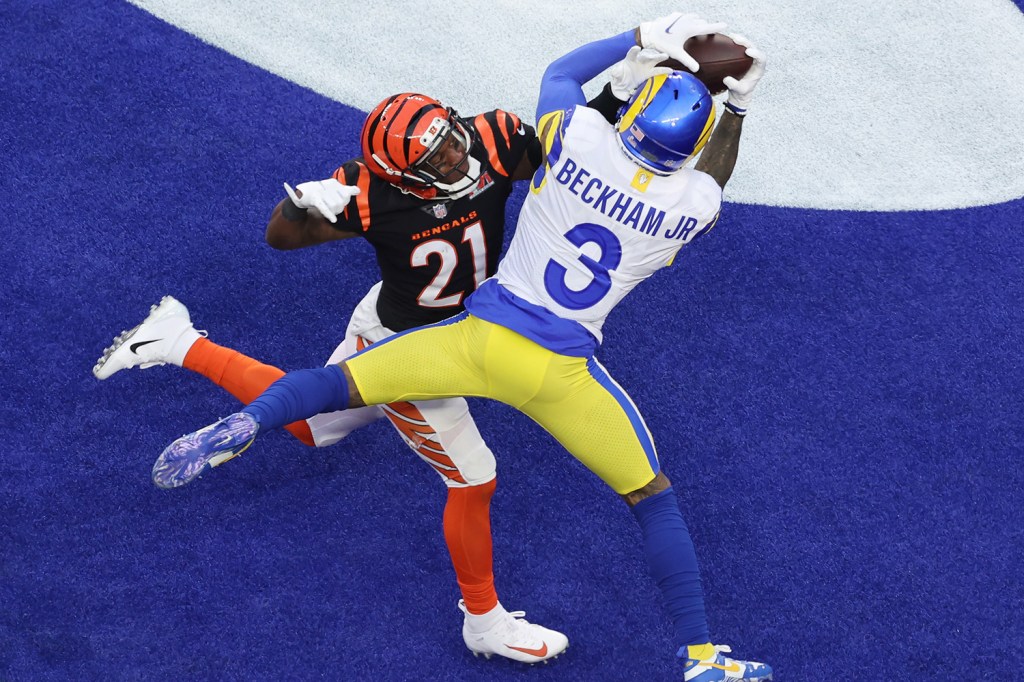 Odell Beckham Jr. playing in Super Bowl LVI between the Rams and Bengals at SoFi Stadium in Inglewood, California, on February 13, 2022. Getty Images

McVay doubled down on his comments at training camp in July, when he sent a direct message to Beckham during an appearance on the NFL Network.

“Guys that we were able to add you lose big time guys like an Andrew Whitworth, you lose a Von Miller. Hopefully we’ll get Odell back at some point. If you’re out there Odell I know you heard that, OK,” McVay said at the time.

Miller, who was integral in getting Beckham to the Rams last season, has now campaigned for his pal to join the Bills after the veteran pass rusher signed a six-year, $120 million deal with Buffalo in March.

“The door is open for him to come to the Buffalo Bills… and him being here would be the icing on the cake and put us over the top,” Miller said on “The Pat McAfee Show” last month.

Last month, Bills star receiver Stefon Diggs said Beckham “definitely fits [the] mold” of receivers Buffalo would add to its roster, adding, “He’s hands-down one of the best players in the league.” 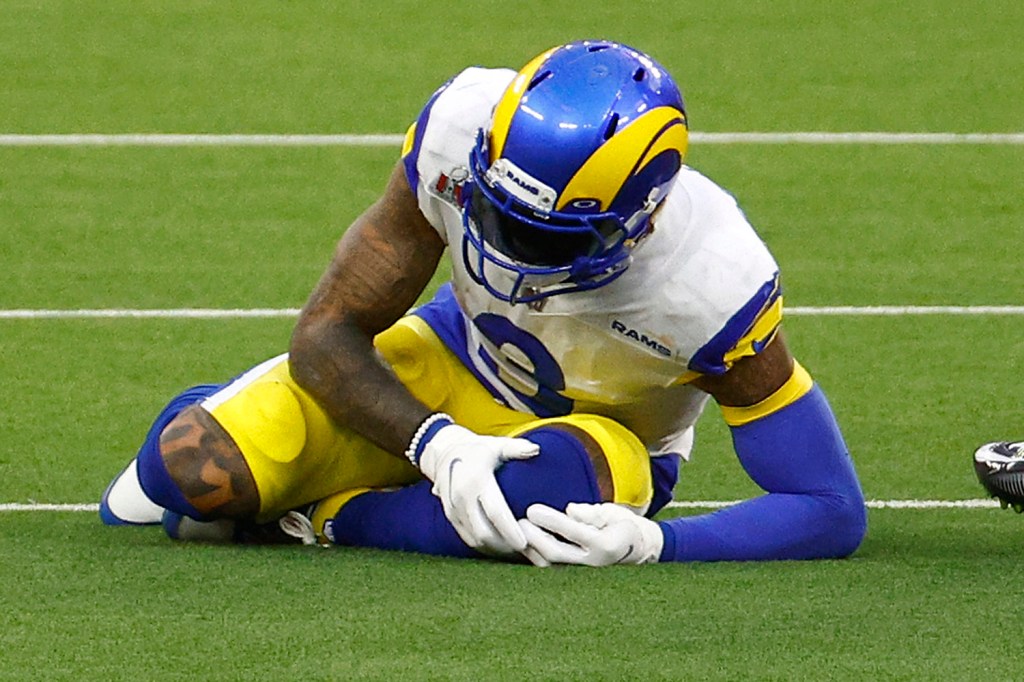 Odell Beckham Jr. injures his knee in Super Bowl LVI between the Rams and Bengals at SoFi Stadium in Inglewood, California, on February 13, 2022. Getty Images

Beckham had a triumphant 2021 season after a messy split with the Browns in November. He recorded 27 catches for 305 yards and five touchdowns in eight games with Los Angeles, adding 21 catches for 288 yards and two touchdowns in four postseason games.

Beckham tallied two catches for 52 yards and a touchdown in Super Bowl 2022 before going down with a knee injury.

It’s unclear when Beckham will return to action.

odell beckham serious about signing whoever opener
Read The Rest at
nypost.com