Disney+‘s “Star Wars” series “Obi-Wan Kenobi” ended its six-episode run on Wednesday and fans saw the return of a popular character that many were hoping to see all along.

Liam Neeson’s character from 1999’s “Star Wars: Episode I — The Phantom Menace” Qui-Gon Jinn made a surprise appearance in the miniseries’ finale.

Despite the cameo being a brief one, Obi-Wan (Ewan McGregor) had tried on countless occasions to connect with Qui-Gon, but much time had passed since the Padawan apprentice saw his mentor.

In the last minutes of the show, Obi-Wan finally reunited with Qui-Gon, even though he was a Force ghost.

Neeson, 70, reassured Obi-Wan that he was in fact, watching over him the whole time.

Qui-Gon was slaughtered by Darth Maul (Ray Park) in “The Phantom Menace.” The Disney+ episode also featured an appearance from Ian McDiarmid, who reprises his role as Emperor Palpatine.

Shortly after the episode aired, viewers rushed to social media to collectively gasp at the shocking cameo.

“‘I was always here Obi Wan, you just weren’t ready to see me yet’ LIAM NEESON LOOKS SO GOOD BACK AS QUI GONN #ObiWan #kenobi,” one fan excitedly tweeted.

“AFTER 23 YEARS, MY FAVORITE PREQUEL ERA JEDI IS BACK!! LIAM NEESON AS QUI-GON JINN OMG!!” one exclaimed.

Another asked, “Can we get more Ewan McGregor and Liam Neeson please? @starwars#ObiWan.” 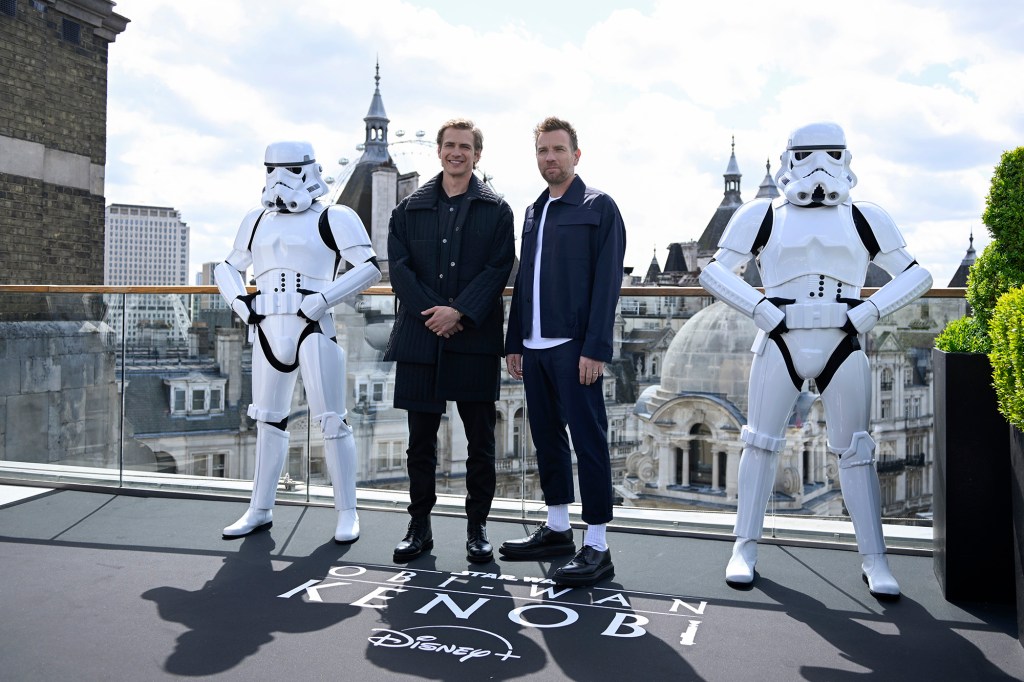 Hayden Christensen and Ewan McGregor attend a photocall for the Disney+ limited series “Obi-Wan Kenobi” at the Corinthia Hotel on May 12, 2022, in London, England.Gareth Cattermole/Getty Images

“Nah but like why did Qui-Gon showing up actually make me cry? Seeing Liam Neeson in play the character again in live-action really makes me feel old af. #obiwankenobi,” someone added.

In the premiere of “Obi-Wan Kenobi,” late last month, a different character arrived and made fans go wild.