Heber scored on a penalty kick in the 23rd minute as surging New York City FC posted its franchise-best fifth straight shutout with a 1-0 victory over the visiting Chicago Fire on Sunday at Citi Field.

Former Fire goalkeeper Sean Johnson made one save as NYCFC (7-3-2, 23 points) eclipsed the previous franchise record for clean sheets set in July 2018.

NYCFC posted their third win in a row and improved to 6-0-1 in their last seven matches. They emerged victorious despite playing without Valentin Castellanos (team-leading seven goals), who served a one-match suspension for yellow card accumulation.

Gabriel “Gaga” Slonina turned aside three shots for the Fire (2-6-5, 11 points), who are winless in their last nine matches (0-6-3). Chicago’s last victory was a 3-1 decision over Sporting Kansas City on March 19.

NYCFC took advantage of a hand ball near the back post by Miguel Angel Navarro in the 20th minute to open the scoring. VAR confirmed the decision and Heber deposited the ball into the right corner of the net to open the scoring with his second goal of the season. 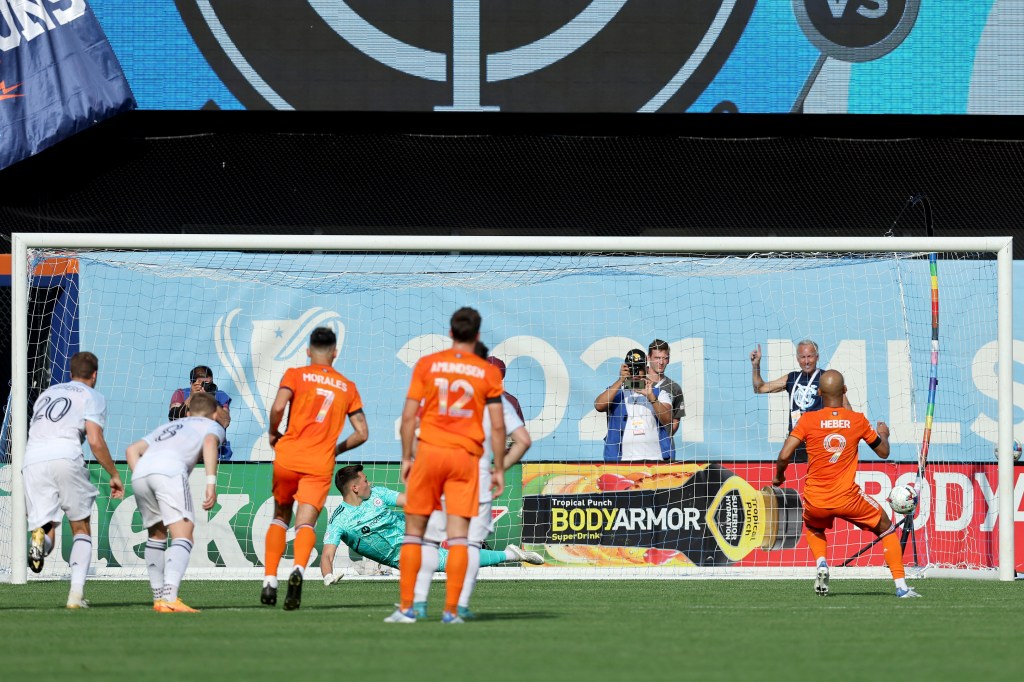 Heber scores a penalty to give NYCFC the lead. USA TODAY Sports

NYCFC nearly doubled the advantage on a number of occasions in the first half, notably with Slonina extending his body to make a diving save on Gabriel Pereira in the 39th minute.

Thiago Andrade’s bid sailed wide of the net in the waning moments of stoppage time in the first half.

NYCFC’s Maxi Morales unleashed a blast from the top of the box that caromed off the crossbar in the 64th minute.

Chicago nearly forged a tie two minutes later, but Chris Mueller was deemed to be offside before he set up an apparent goal in the box.

Johnson preserved the shutout in the 90th minute after making a two-armed save on Carlos Teran’s turnaround shot from the top of the box.