The best-of-7 series between the Calgary Flames and Dallas Stars (Game 6 tonight at 9:30 p.m. on TNT) is an outlier. While scoring is up across the 2022 NHL playoffs in Round 1, the Stars and Flames have played a low-event series that has featured just 18 total goals, which includes four that were scored with an empty net. The two teams have combined for just eight goals at 5-on-5 through five games.

As you could probably tell, betting the under has been a profitable strategy in this series. In an era where most totals close at 6.5 (even in the playoffs), bookmakers have been dealing 5.5’s for Calgary vs. Dallas, with plenty of juice on the under. The only contest that went over 5.5 was Game 3, which featured an empty net goal with one second left.

100% First Deposit Match up to $250 with promo code NYPBONUS

Given how these two teams have played and the form that both goaltenders are in, there’s no reason for bookmakers to budge from their stance. No matter the juice on the under, the money will still show up.

It’s in times like these when bettors should bet against the narrative. It’s clear that oddsmakers are going to make you pay a tax on the under in this series, which in turn means that there will be value going the other way. Although being contrarian isn’t some sort of secret formula to having long-term success betting on sports, it’s a good habit for bettors to get used to – zagging when everything points to zigging. 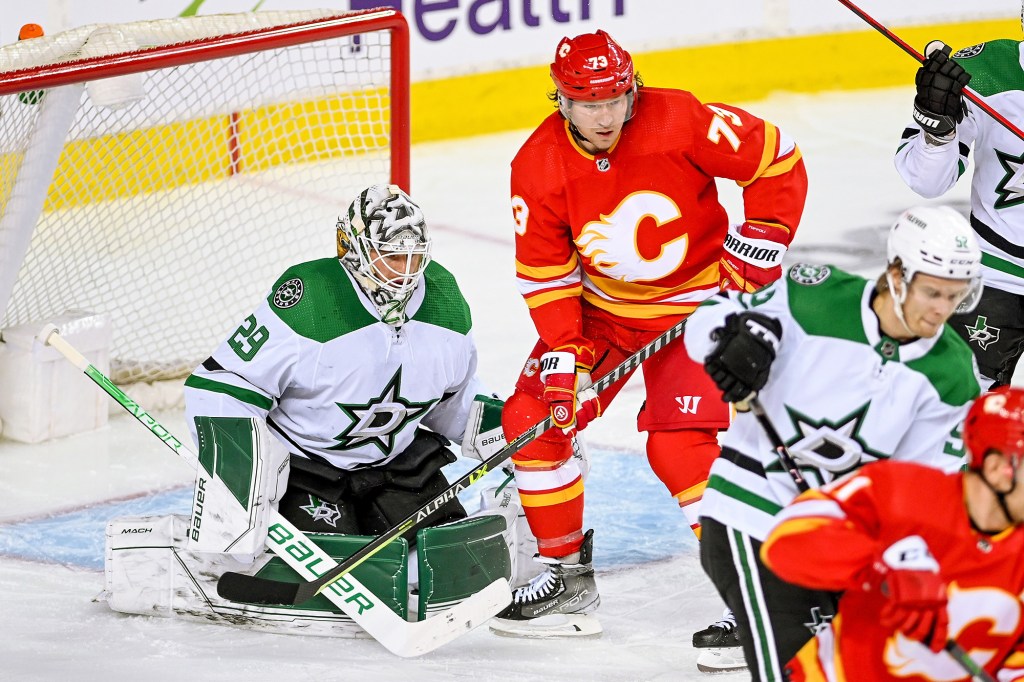 There are also some other signals pointing to this game opening up a bit. While Calgary and Dallas have both struggled to score at 5-on-5, their expected goals numbers suggest some positive regression is coming for both offenses. The Flames have scored five goals at 5-on-5 this series, but have created 10.5 xG; the Stars have scored three times compared to an xG of 7.5. Of course, goaltending has played a big role in the under-performance we’ve seen from both offenses, but it’s hard to imagine that both Jake Oettinger and Jacob Markstrom will continue to save 95% of the shots they face.

Check out the best sports betting sites and apps

Some positive regression from the offenses and a dip in form from the goaltenders should open this game up just a little bit, and with Dallas needing to win to stave off elimination, that could create a game environment where we actually see these teams trade scoring chances.

The best way to play Game 6 between the Stars and Flames is to go against the grain and find some derivative bets (alternate totals, team totals or alternate spread) that are correlated to this game being wide open.