A new video shows Sunday’s wild “basebrawl” between the Seattle Mariners and Los Angeles Angels — and it might be the closest look at what went down in the dogpile after both benches cleared in Anaheim.

On Tuesday, Instagram user @travel.by.lance shared a closeup video of the on-field brawl that appeared to be filmed from just behind the netting near the third baseline at Angel Stadium.

The video surfaced on the same day Major League Baseball announced multiple-game suspensions and fines stemming from the incident that resulted in eight ejections, including six players and both managers. In total, a combined 12 members of the Mariners and Angels were disciplined for their roles in the benches-clearing scrum.

The footage shows both teams clashing into the net while entangled in the scuffle. At one point, someone appears to yell, “Get off him.” 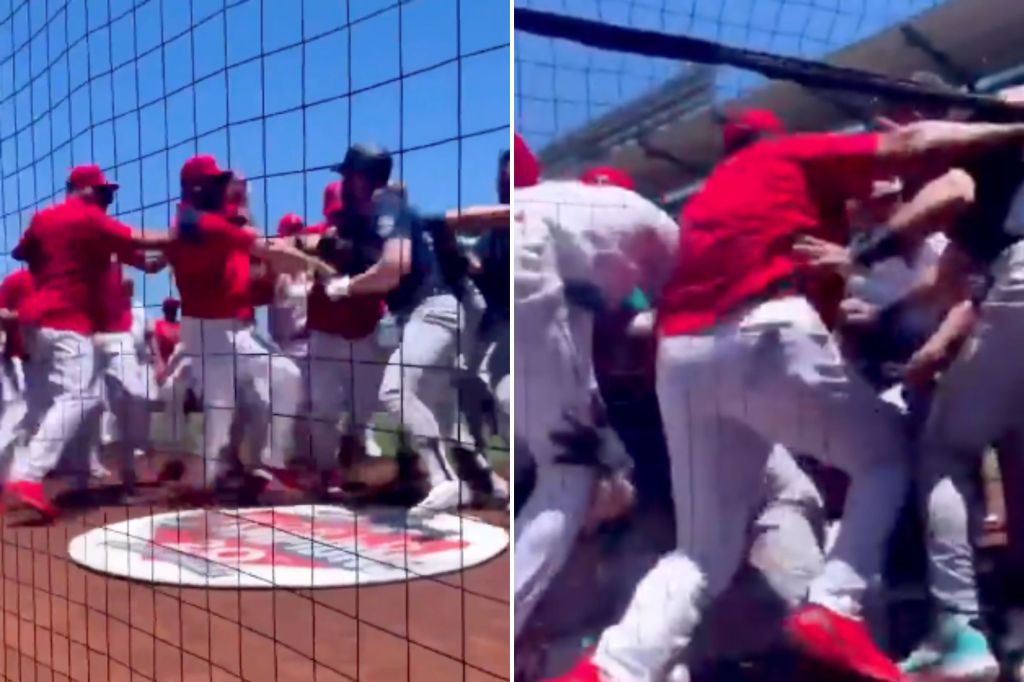 A screengrab of the video that shows the Mariners-Angels brawlInstagram

The chaotic scene unfolded at the top of the second inning when Angels pitcher Andrew Wantz drilled Mariners right fielder Jesse Winker in his leg with a pitch. That didn’t go over well with Winker, who attempted to confront Wantz at the mound, before both benches and bullpens rushed the field.

While umpires attempted to defuse the situation, Angels pitcher Raisel Iglesias chucked a massive bucket of sunflower seeds onto the field. 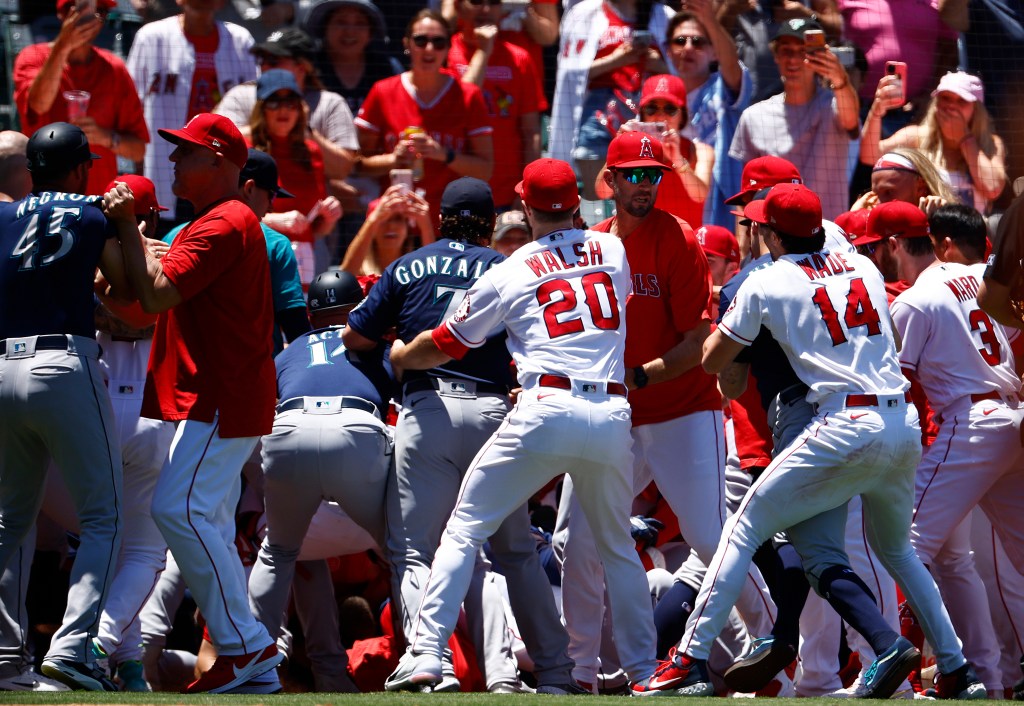 Things had already seemed tense between the teams heading into Sunday’s game. The night before, Mariners reliever Erik Swanson threw near Mike Trout’s head, who later on expressed his frustration.

The Angels won Sunday’s game 2-1, after a Luis Rengifo home run and a David MacKinnon RBI single in the seventh. The victory marked their first win of the three-game series against Seattle.