There are all sorts of statistics that validate the work of the Mets’ recent trade acquisitions.

Vogelbach, acquired from the Pirates, has reached base in all 13 of his Mets starts. Tyler Naquin, who came over from Cincinnati, has posted a 1.254 OPS with the team, the sixth-best ever by a Met through his first 10 games. Darin Ruf, a former Giant, has played in five games and has driven in five runs while batting .333.

And then there is the simplest statistic: Since trading for Vogelbach and beginning to shore up the DH and bench spots, the Mets are 15-2.

“The front office did an amazing job of bringing in the right group of guys that are going to fit in and that are going to help us win,” Francisco Lindor said after the newcomers contributed plenty again in a 10-2 win over the Reds at Citi Field. 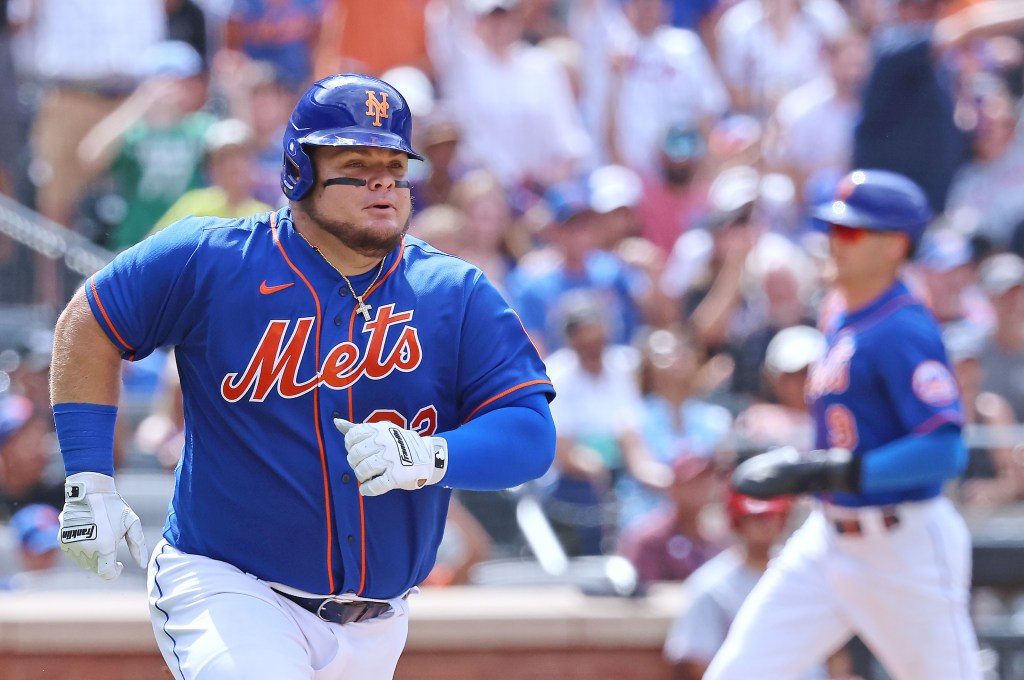 In every game since the offensive depth arrived, that depth has helped.

Naquin, whose lefty bat is typically keeping Mark Canha on the bench against righty starters and keeping Jeff McNeil in the infield, provided another big swing against Cincinnati, launching a third-inning home run to make it 6-0. He added a fifth-inning double, which made seven of his first 11 hits with the Mets extra-base hits.

Vogelbach — who stepped to the plate to Kelis’ “Milkshake” on an afternoon many Mets changed their warmup music for the first Women’s Day at Citi Field — ripped an RBI single in the third and added a two-run double in the sixth, which would have been a three-run double if Pete Alonso had not been not thrown out at the plate.

In 15 games with the Mets, Vogelbach is hitting .341 with a .473 on-base percentage — all while he, Naquin and Ruf are helping keep the other Mets fresh.

With the added bats, they were able to rest Brandon Nimmo on Tuesday and Starling Marte on Wednesday. Canha and Eduardo Escobar are in platoon roles. No matter who is playing, the Mets keep rolling.

“I think that’s another byproduct of the arteries of those moves that Billy [Eppler] and we wanted to make,” manager Buck Showalter said after the Mets’ sixth straight win. “Because it made the other players better and more sound physically.”

The Mets have scored five or more runs in nine straight games, the longest streak in the majors this season.

“We miss J.D. Davis, but the guys that came in are helping us win ballgames as well,” Lindor said. “I’m happy that they’re here.”

faces behind break stretch
Read The Rest at
nypost.com