The Nets have made a point of not putting extra pressure on any specific players.

From the time it was announced last Tuesday that Kyrie Irving wouldn’t be a part of the team until he was able to do so on a full-time basis due to his refusal to follow New York City’s COVID-19 vaccine mandates, the mantra has been that they need more from everyone.

That is true to a point. The Nets don’t have anyone from their supporting cast who can replace Irving’s elite offensive production on their own. But his absence, for however long it lasts, creates an opening in the backcourt. Someone — or a combination of players — will need to take his minutes.

That’s where Patty Mills and Jevon Carter step in. The two newcomers were brought in to provide quality depth off the bench. That still may be their role, if the Nets opt to start Joe Harris in the backcourt alongside James Harden. But, clearly, more will be asked of this experienced duo now, particularly Mills.

The 33-year-old veteran was stellar off the bench for the Spurs last year, averaging 10.8 points, 2.4 assists and shooting 37.5 percent from deep. He was even better during the Summer Olympics playing for Australia when the 6-foot-1 guard scored 23.3 pints per game and 6.3 assists, leading his country to the bronze medal.

“He’s huge,” longtime teammate LaMarcus Aldridge said, when asked about the significance of the Nets bringing in Mills. “I’ve played with him, this is my third team with him, so I’ve definitely seen him grow. But he’s an offensive threat, a competitor, brings the energy and juice off the bench.

“Can get going in pick-and-roll, makes the right reads, I just think he’s going to be huge for us just adding more shooting to the lineup.” 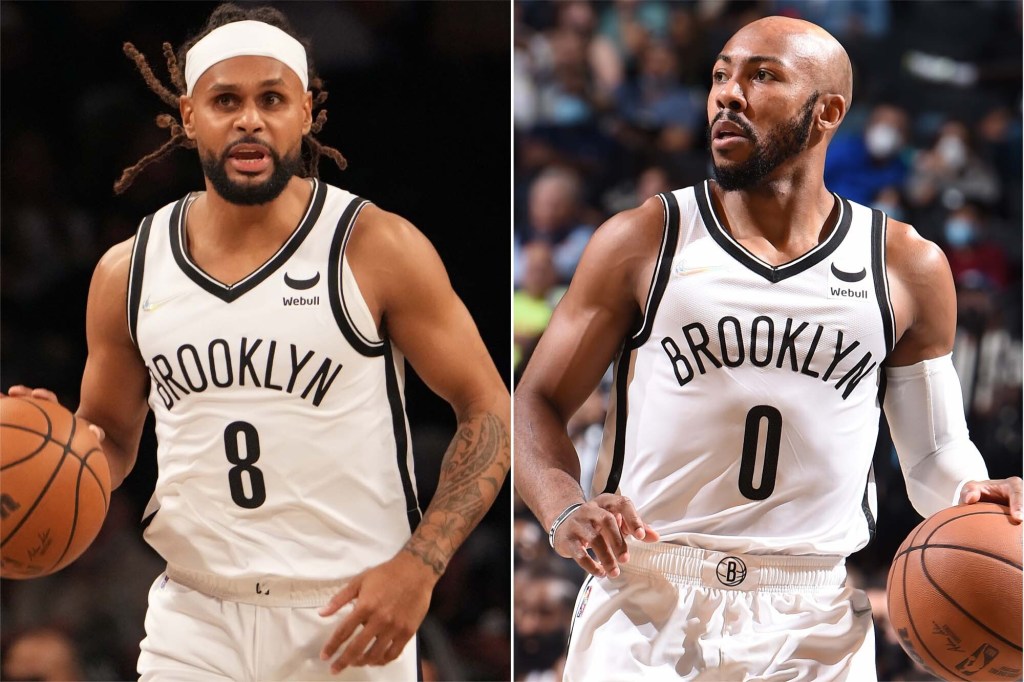 There is one concern: Mills didn’t have a very good preseason, managing just 5.3 points in 20.5 minutes and shooting 30 percent from the field. In the past, he’s played well in exhibition games. But coach Steve Nash didn’t seem concerned. Mills, he pointed out, is getting used to his new surroundings in a new home with new teammates.

“I’m not worried about Patty. He brings a lot to our team, leadership in general, character, IQ, pace of play, skill level,” Nash said. “He’ll find himself and I think he’s going to be really good for us. That’s what preseason’s for, finding your rhythm. He had a break after the Olympics. He didn’t play the first four days of camp. He’s still trying to get back into game shape himself.”

Don’t expect these performances to get Mills down. He’s raved about his time in Brooklyn so far, and negativity isn’t part of his character. He uses the abbreviation “GVO” often, as in good vibes only.

“He’s a guy that comes in, he brings that positive energy,” Aldridge said. “He’s a very upbeat guy, always happy. He just brings that juice.”

Then there is Carter, a star player at West Virginia who has yet to really find his footing in the league. He spent the past two years with the Suns after getting drafted by the Grizzlies in the second round of the 2018 NBA Draft, and is known for his defensive tenacity and quick hands. The Nets landed him in the Landry Shamet deal. Early on, they have seen an offensive skill set — he averaged 10.8 points and shot over 44 percent during the preseason — that has surprised them.

“There’s more opportunity, but I think we thought there was an opportunity for him anyway,” Nash said. “We’ll keep working with him, keep developing him, but I think he’s a guy that’s gonna play for us.”