During an interview with a reporter, Shawny Mack of the Nelk Boys’ “Full Send” podcast, a frustrated Diaz knocked the microphone away and then smacked Mack in the head.

Usually, the Nelk Boys featuring Nick, Kyle, Lucas, and Elliot have an excellent relationship with the UFC and Dana White, but Diaz is as unpredictable as anyone in the sport. 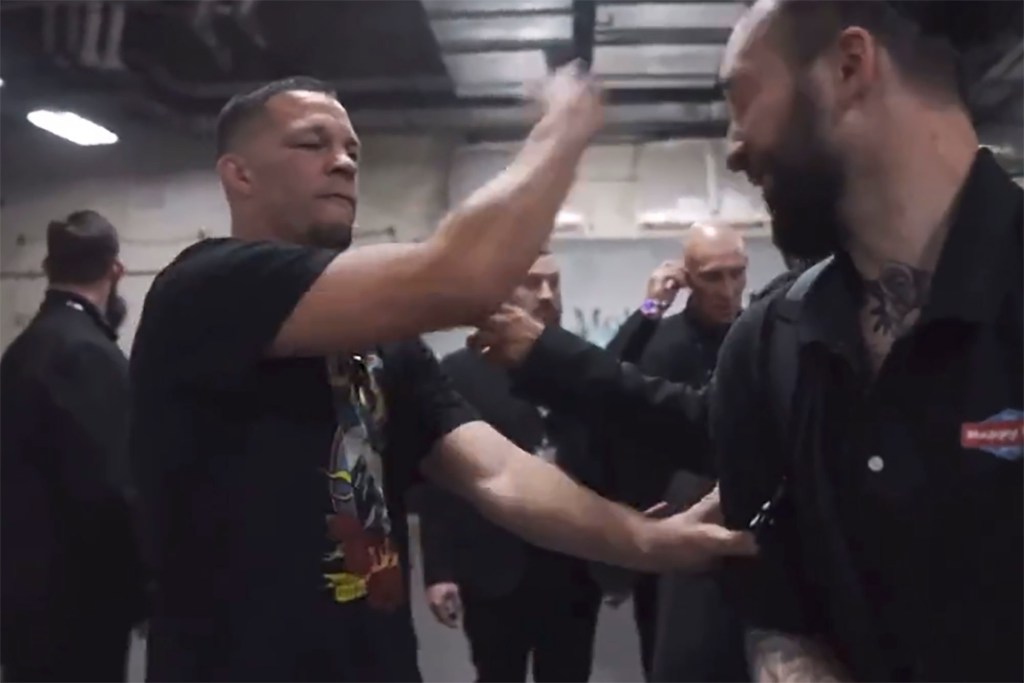 Nate Diaz smacks the hat off a reporter at UFC 276.Twitter

Assuming this is not a staged moment (it doesn’t appear to be), Diaz is likely referring to a post made by the reporter on his Instagram.

In the video on the reporter’s page, Diaz is calling for his teammate, Nick Maximov, to fight the dominant Khamzat Chimaev.

Chimaev is the No. 3 ranked welterweight, whereas Maximov is currently unranked. Maximov appears to look surprised when Diaz called out Chmiaev on his behalf. 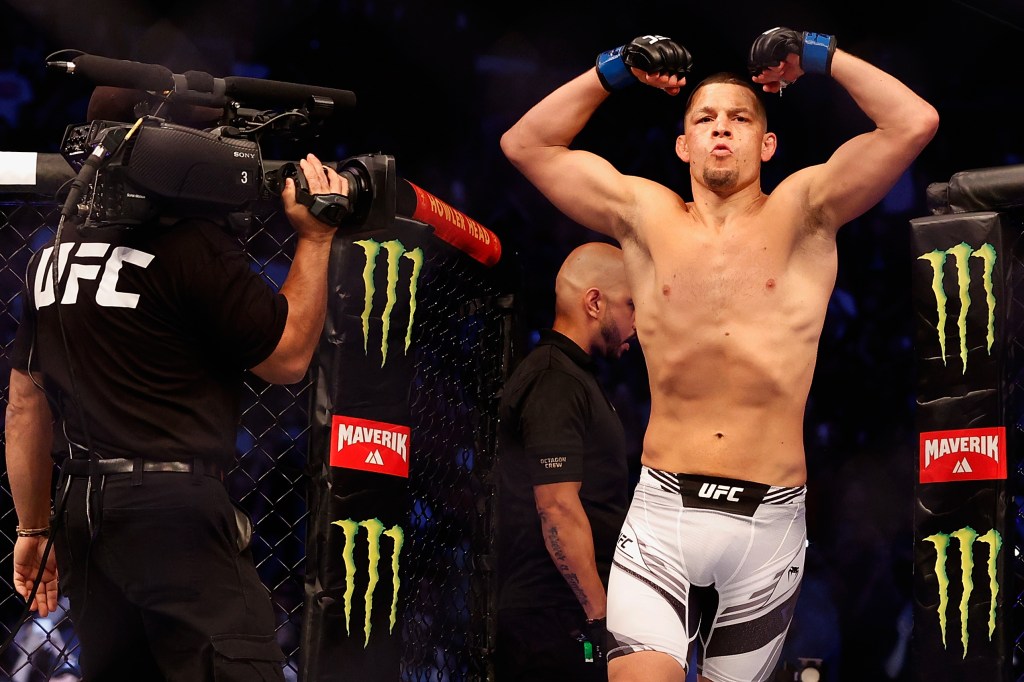 Diaz has been frustrated with the UFC since his fight with Leon Edwards last year, constantly calling for his release. Diaz has one fight left on his contract but has wanted to fight Jake Paul for months in hopes of a huge payday.

slaps reporter altercation after
Read The Rest at
nypost.com