Movie auction could make ‘Superman’ costume most expensive in history A Christopher Reeve “Superman” outfit could fetch up to $500,0000 at an upcoming auction — making it the most expensive superhero costume in history.

The outfit is one of the most anticipated items from a movie-memorabilia sale by the online auction house Propstore, along with Darth Vader’s gloves from the original “Star Wars,” the Bible from “The Shawshank Redemption,” Santa’s sleigh from “Elf” and a “Gladiator” chariot.

Once tossed or given away at the end of filming, movie props have become huge business for collectors and museums, with items such as Dorothy’s ruby slippers from “The Wizard of Oz” being sold for $2 million at a 2012 auction. (Buyers Steven Spielberg and
Leonardo DiCaprio donated them to the Academy of Motion Picture Arts & Sciences in Los Angeles.)

Here are a few of the treasures from the Propstore auction, which begins Nov. 3. To register, click here. 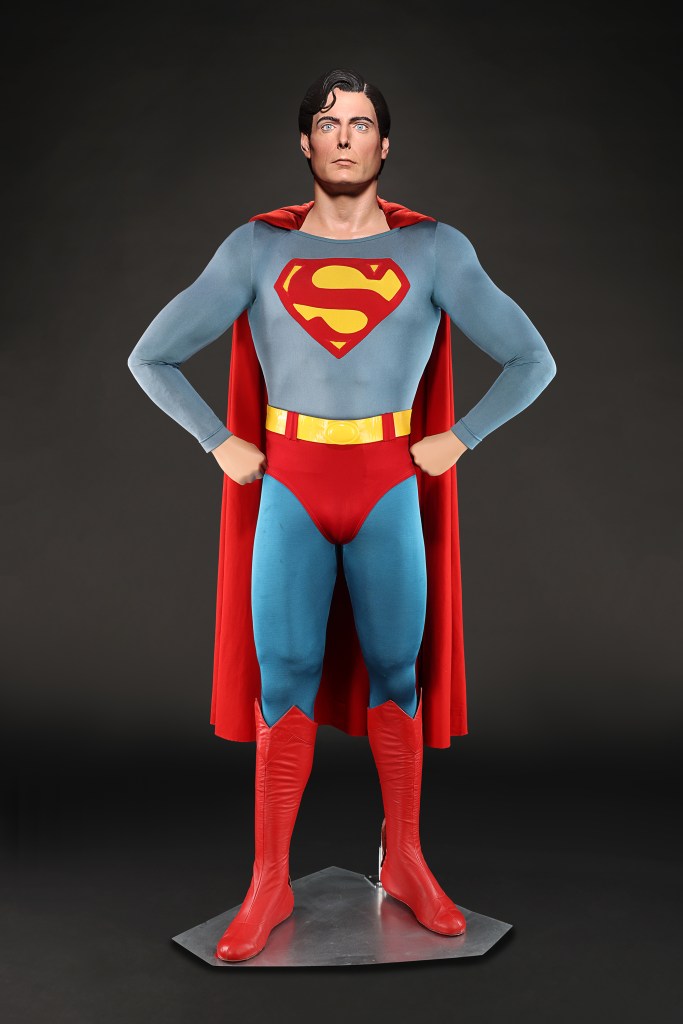 In the late 1990s, the collectible market was flooded with suits and capes that sellers claimed were authentic. Lane had recently set up his online business when a collector got in touch asking if he could tell if one particular Superman costume was the real deal.

The iconic costume was sketched by the first film’s award-winning designer Yvonne Blake, who had already passed away; but Lane discovered they were produced by Noel Howard in the English costume house Bermans & Nathans — who confirmed it.

“[Howard] was instrumental in the making of the costume because it was a really tricky one to construct,” Lane told The Post. “If you think back to the late seventies, Spandex didn’t exist in the form it does today, nor did Lycra. So, they were trying to find a costume that would fit around the form of Christopher Reeve. 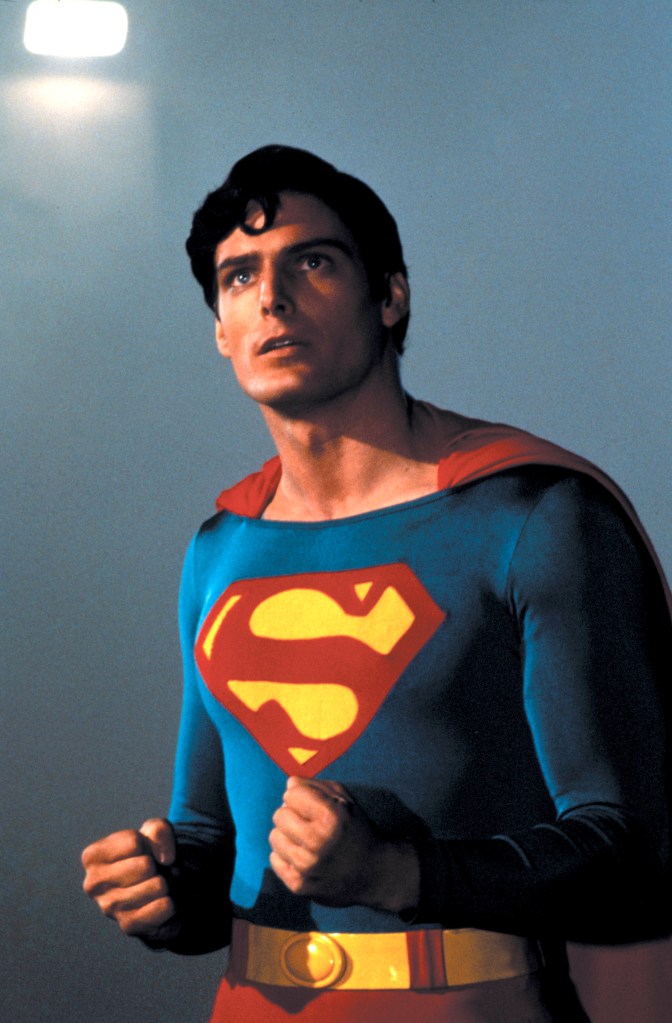 The costume department of “Superman” struggled to find a sweat-proof and stretchy blue fabric.Courtesy Everett Collection

“At the same time, they had major issues with the color because the blue would show sweat. In the end, [Howard] sourced this material from Germany which had a very specific weave of fabric — the elasticity they needed to hug around Reeve’s form, but it also wouldn’t show the sweat as he worked on all these high-action sequences.

“This is really one of the last superhero [movie costumes] which was made of this sort of soft and stretchy material,” Lane added. “Now they are heavy with a lot of body armor.”

Also surprising is that there were so few duplicates, and the outfits were reused in later films.

“The first and second ‘Superman’ films were made back-to-back, but we know which one each of the items in this costume comes from as they were numbered by the wardrobe department,” Lane said. “So the tunic part of this costume is from ‘Superman III,’ while the cloak was used in ‘Superman I’ and ‘II.’ 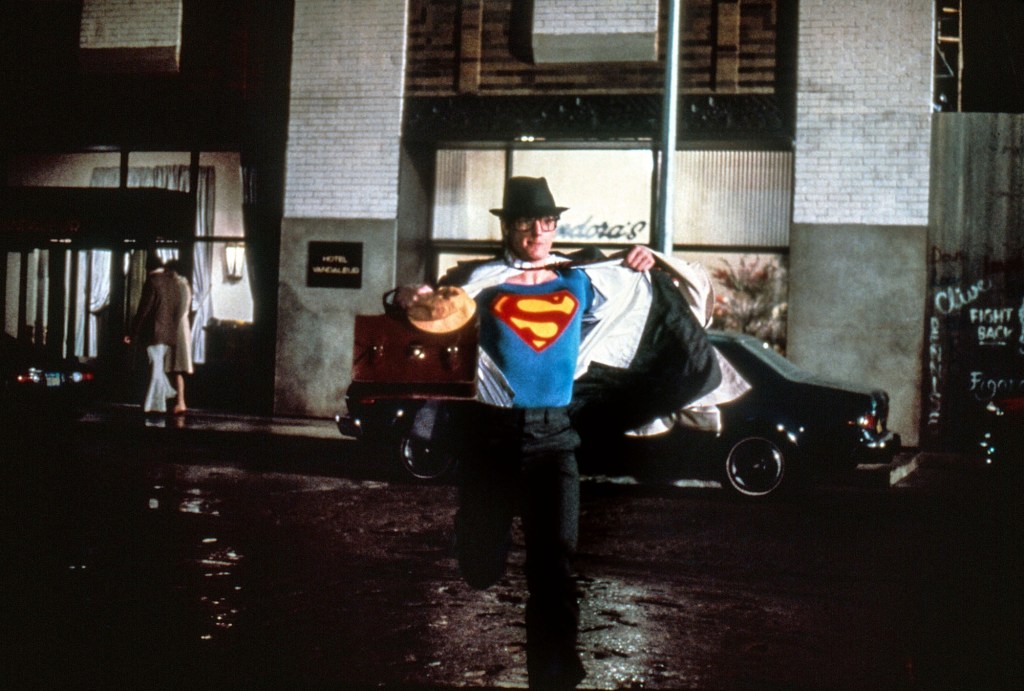 “It started life as a ‘flying cape’ — which means it had holes at the side to allow wires to go through [to make Reeve ‘fly’], but you can also see how they were stitched up so it could be repurposed for the next film because they were trying to keep budgets down.”

The costume was taken home by a wardrobe assistant who worked on the film, which was made in Britain. He then sold it via eBay, for $15,000, to the collector Lane helped all those years ago.

Stephen estimates there are just five or six complete original “Superman” costumes in private hands today. In 2019, one of the capes from the first film sold for $193,750, making it the most expensive superhero cape sold at auction. 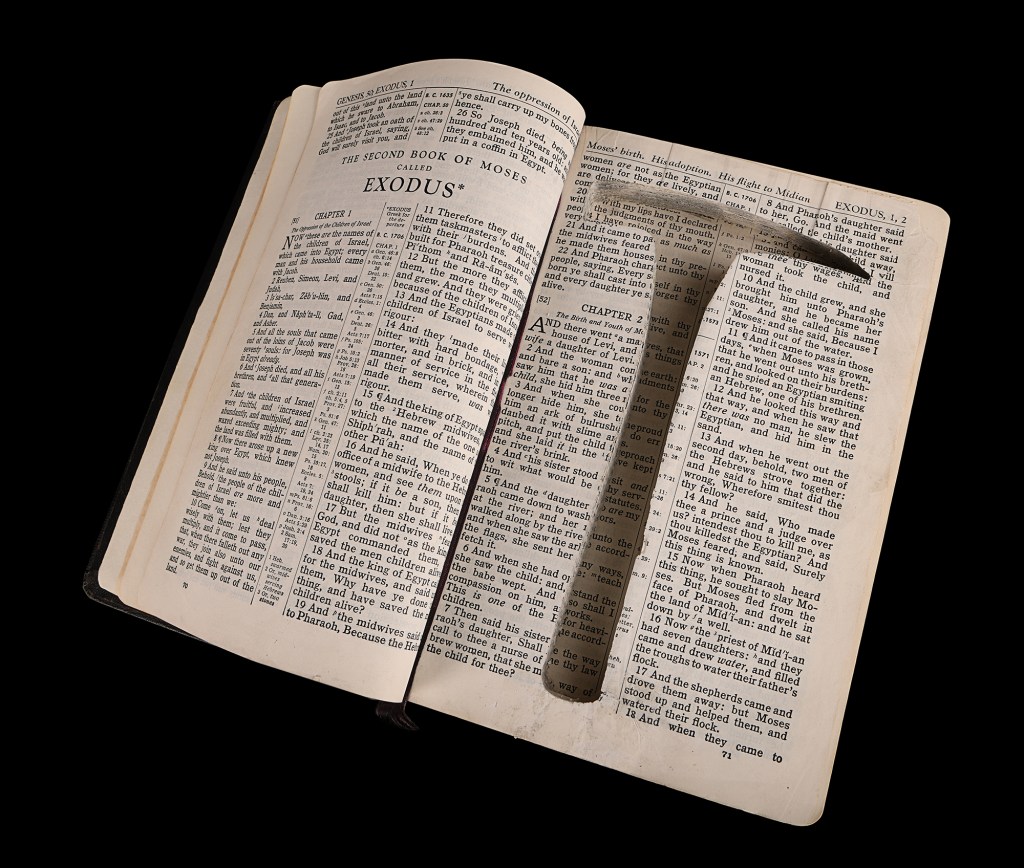 This one isn’t just a prop — it’s also an important plot point.

The Bible, which opens to a cut-out hole for a rock hammer, is a moment of real discovery in the 1994 film about an audacious prison break.

Lane showed the Bible to “Shawshank” writer and director Frank Darabont, who confirmed it was the only one in existence. Creating the hole had been intensive work for the props
department. 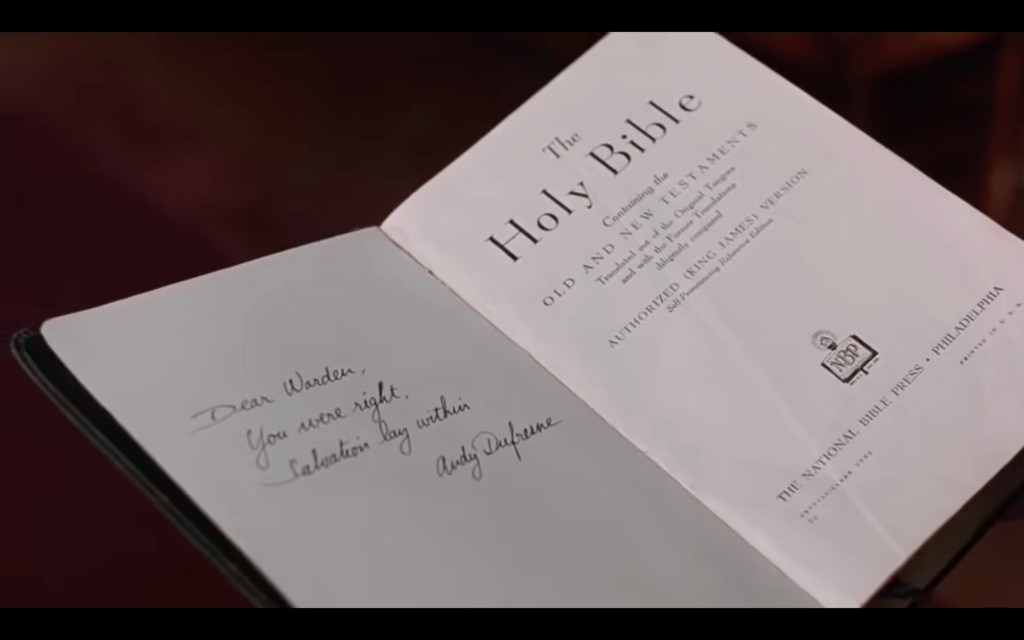 Writer and director Frank Darabont says this is the only Bible prop from “The Shawshank Redemption” in existence.

“The cutting of all those pages into the shape of a rock hammer must have taken forever,” Lane said. “Today it might have been lasered or screen-cut, but [back] then someone would have been sitting there cutting through page by page of that Bible with a knife. It really is one of a kind.”

The object was brought in by someone who worked on the props for the film. Propstore negotiated a deal after “screen matching” — looking at the item in the movie, shot
by shot.

“It blew our minds that this bible was still in existence,” Lane said of himself and colleagues.

James Bond’s pilot helmet from ‘You Only Live Twice’ 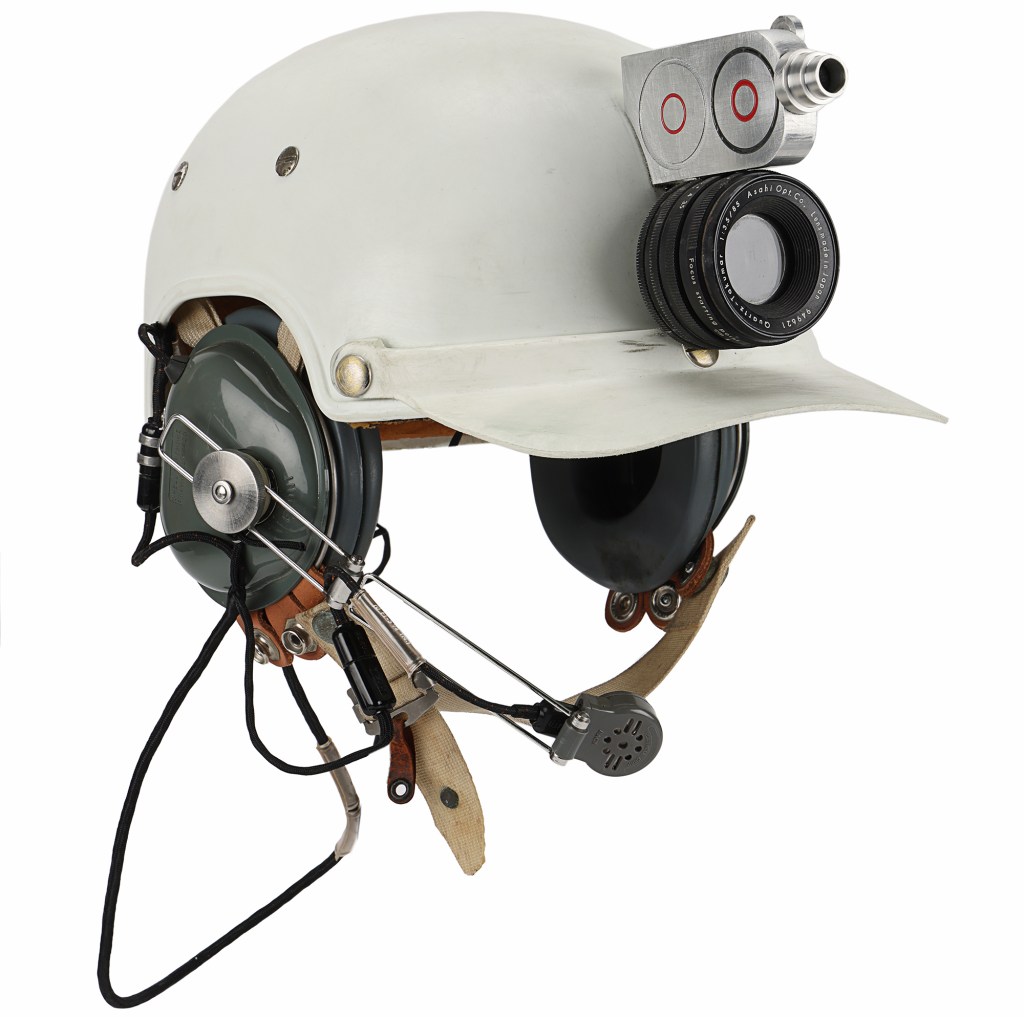 There were just two of these helmets made for the classic James Bond film: one for Sean Connery and one for his stunt double, aviator Wing Commander Ken Wallace.

After being used to promote the 1967 film at the London department store Selfridges,
the headgear ended up in the care of Wallace — a real flying ace in WWII. It passed through various collectors, as well as a Bond exhibit, before going to auction. 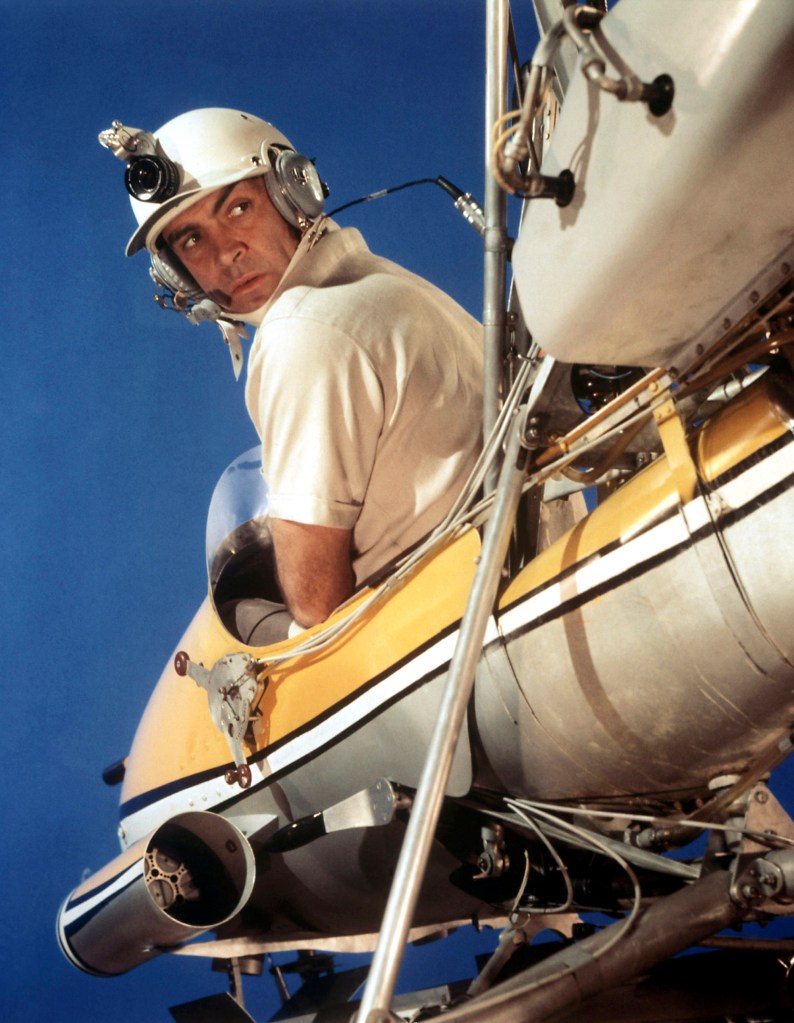 Just two pilot helmets were made for “You Only Live Twice.”

Props and costumes from the Bond franchise, along with “Star Wars” and “Batman” films, are among the most popular for collectors, partly because their enduring popularity means they continue to be in the public eye. 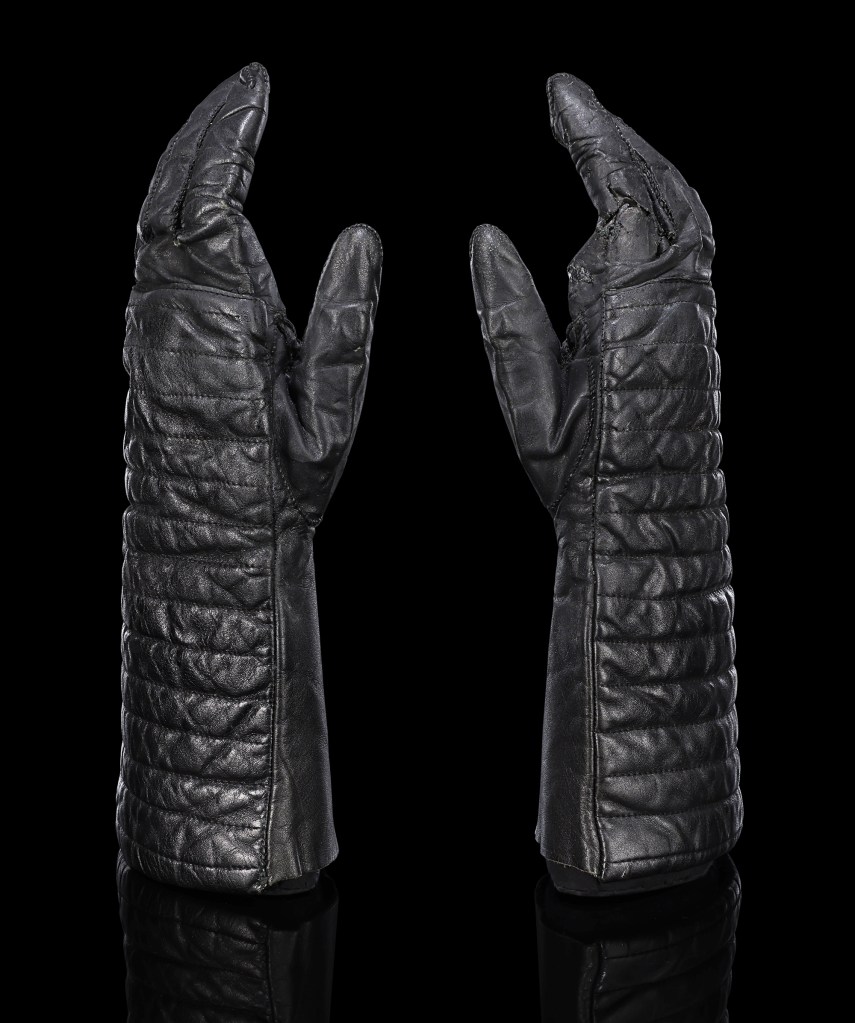 Just one pair of gloves was made for Darth Vader for the original 1977 “Star Wars” movie. After filming, they were used heavily for promotion.

“With this first film, no one expected it to be a success. [Writer-director] George Lucas had great reservations about its potential to even find an audience, let alone become the international phenomenon that it is today,” said Brandon Alinger, Propstore’s Chief Operations Officer and the author of the official book “Star Wars Costumes.”

“Most of the costumes were thrown away when production finished. The incredible thing is that there are very few components of this first Darth Vader costume that still exist — it is something of a legend among ‘Star Wars’ fans. There is part of the mask and then there are these gloves.”

Propstore verified them through photo-matching. 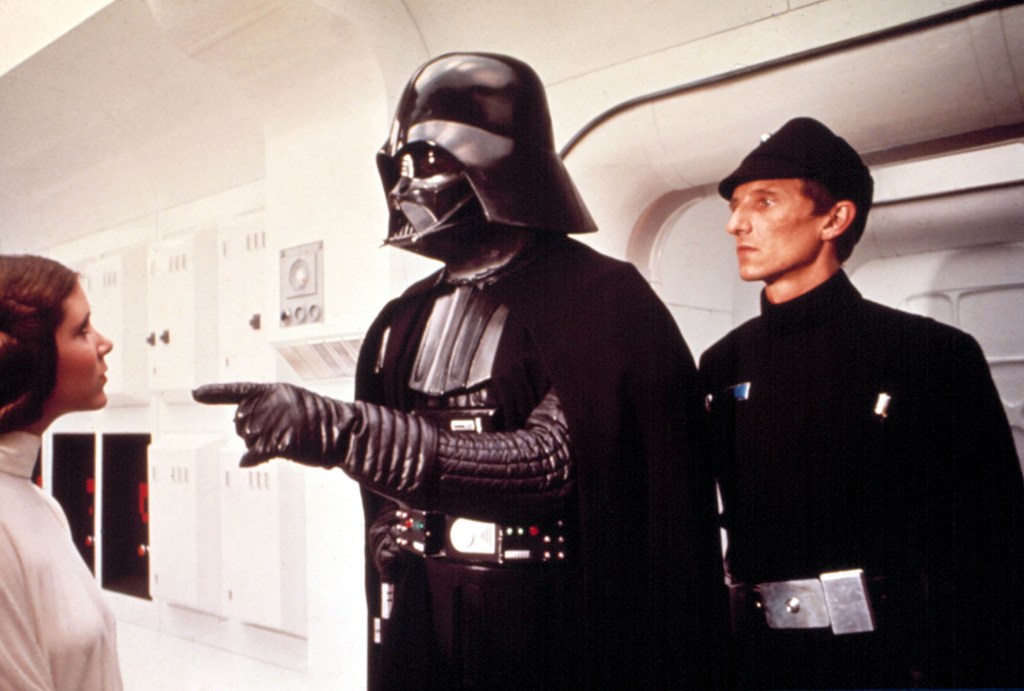 “You can even see the same little tiny fold lines as were in the gloves 46 years ago, which is kind of amazing,” Alinger said. “The gloves had a bit of a life after the filming of the original movie. Darth Vader was used to help promote the film, and the costume was flown from the UK, where the film was made, to Los Angeles where an actor called Bryce “Kermit” Eller would wear them in shopping malls and meet kids.

‘Eventually, the gloves made their way to a private collector … I can’t tell you how exciting it was to even touch them,” Alinger added. “There is arguably nothing more identifiable with Star Wars than Darth Vader, and so this auction object feels very special.’ ‘Gentleman Prefer Blondes’ is about...