Miss Kentucky Elle Smith has been crowned 2021 Miss USA, with the beauty pageant now being dubbed the “wokest” ever.

The 23-year-old beat 50 other contestants at the event Monday night at the River Spirit Casino Resort in Tulsa, Oklahoma.

“A little over a year ago, I sat in bed and watched Miss USA,” Smith said in an emotional Instagram post. “I remember watching … so many incredible women grace the stage, and thinking, ‘I want to be on that stage. I want to be like them.’ … I made that dream reality.”

Miss USA has been running since 1952 and has traditionally been a celebration of thin, mostly white, able-bodied women — but this year’s pageant was noted for the diversity of its contestants.

Organizers of the proudly progressive contest have been actively pushing to make it more inclusive, according to NBC. The event was dubbed “Pageantry Reimagined,” and featured just nine blonde contestants.

Smith graduated from the University of Kentucky and was the vice president of the college’s National Association of Black Journalists chapter. She works as a reporter for WHAS11 News.

Among Smith’s competitors was 27-year-old Kataluna Enriquez — who scored international headlines as the first openly transgender woman to appear in Miss USA. 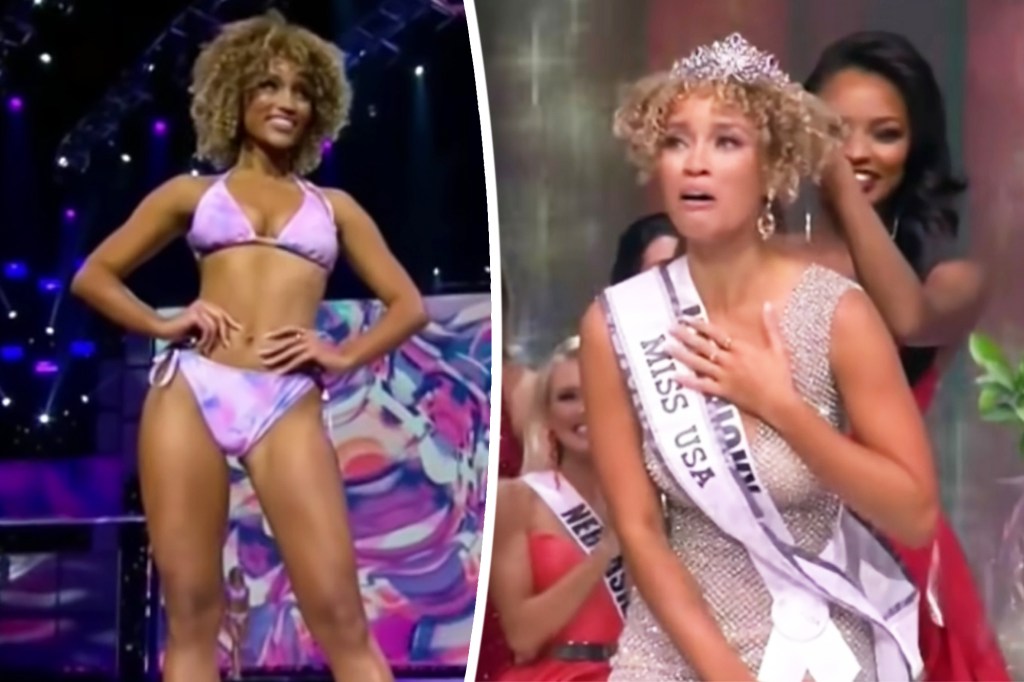 Miss Kentucky Elle Smith was crowned 2021 Miss USA at Monday night’s pageant. During the pageant, Smith said honesty was the “most important core value,” and she spoke about the need for corporations to be more environmentally conscious.FYI/HULU 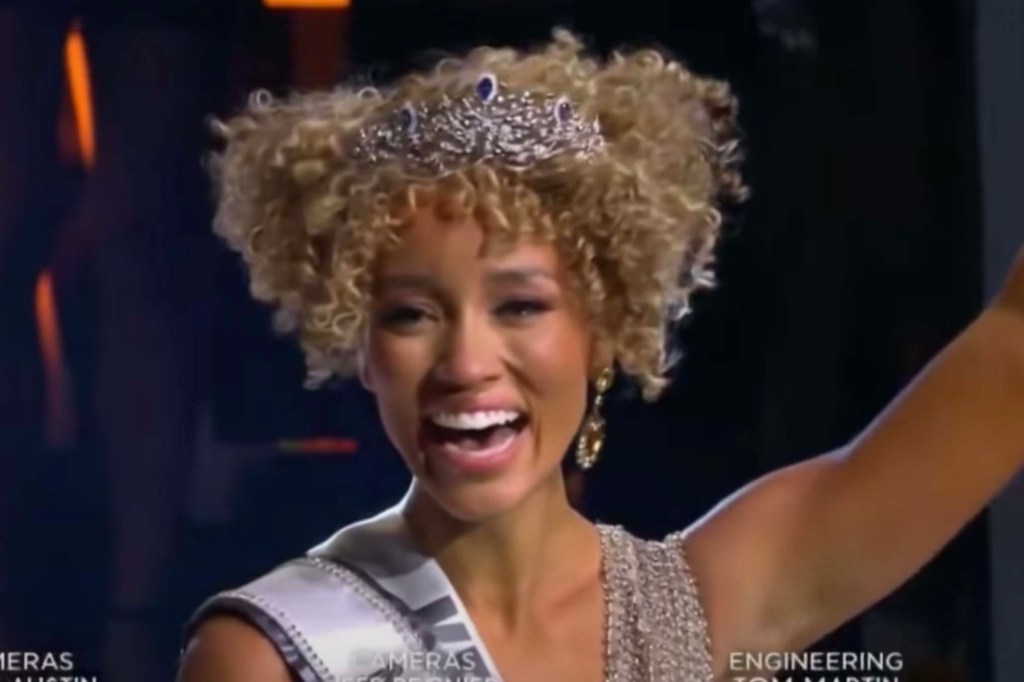 Enriquez, a model who represented Nevada at the competition, transitioned from male to female at 14 after battling thoughts of suicide. She was crowned Miss Nevada at a pageant in June, and has been open about the prejudice she has faced in the past.

She further told the Las Vegas Review-Journal: “One thing that is important for me is inclusivity, diversity and representation. It’s something I did not have growing up and is still lacking in today’s world. With pageantry, people think it is only about beauty. But it’s how you present yourself, what you advocate for, what you’ve done and the goals you have.” 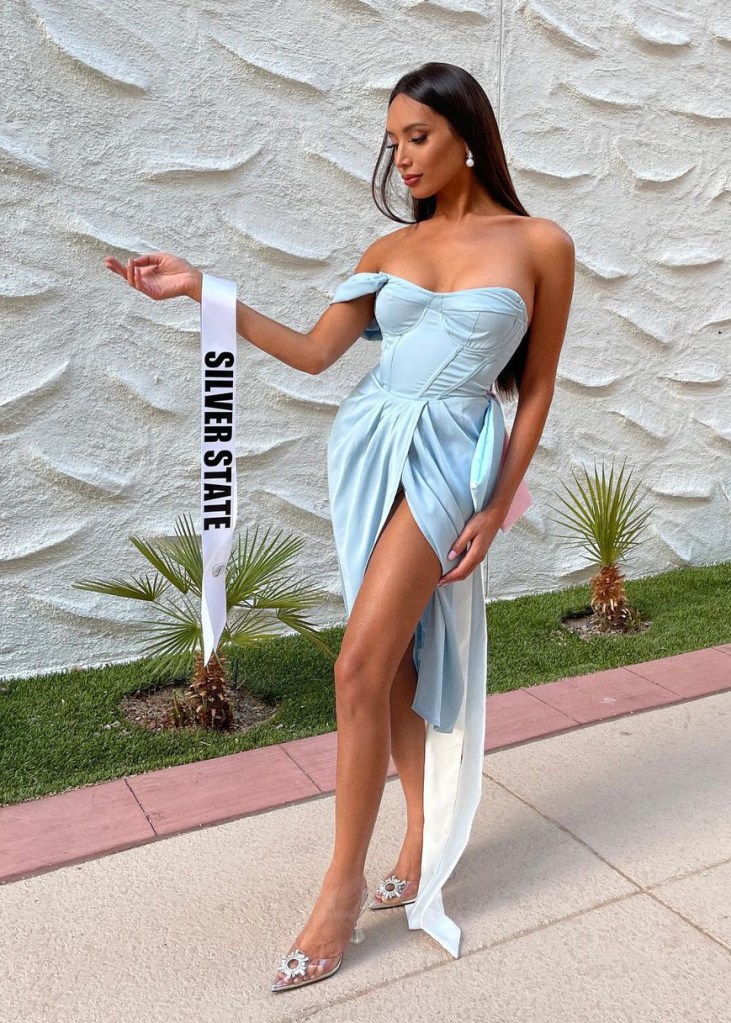 Kataluna Enriquez is the first trans contestant to compete in Miss USA. The beauty was crowned Miss Nevada in June. Instagram

Another contestant spoke openly about her mental health struggles — a groundbreaking feat for Miss USA, where competitors usually keep things light and bright and ask for “world peace.”

“Being a veteran, I was unfortunately diagnosed with PTSD, and that’s something I want to look more into,” she said at the event.

“I want to continue to advocate for my fellow veterans who have PTSD. I’m one of the lucky ones. I’m trying to put my foot down and overcome it, and I know some people aren’t as lucky as I am,” she added.

Smith will represent the USA in the Miss Universe pageant Dec. 12 in Eilat, Israel. Event organizers are scrambling, however, after one Miss Universe contestant tested positive for COVID-19 after arriving in the Middle Eastern nation.

The infected contestant was not identified, and it was unclear whether she had tested positive for the Omicron variant.

Organizers said the fully vaccinated woman was tested upon her arrival to Israel and subsequently taken to a government-run hotel to quarantine. Most of the 80 contestants have already arrived in Israel for the pageant,

Some Miss USA viewers took to Twitter to hit out at the contest for seeming to push for diversity.