Quarterback Mike White and some of his teammates arrived at Sunday’s game against the Vikings in Minneapolis wearing jerseys from “The Mighty Ducks” movies.

White was rocking a Charlie Conway captain jersey as he and four teammates made their way to the visitors’ locker room, video captured by SNY shows.

The jersey coordination comes a day after several Jets players wore “Mike F’n White” T-shirts for their flight to Minnesota on Saturday.

The 27-year-old White became the toast of the town again after his nearly flawless performance last Sunday while leading the Jets to a win over the Bears, days after head coach Robert Saleh decided to bench Zach Wilson, last year’s No. 2 overall pick. 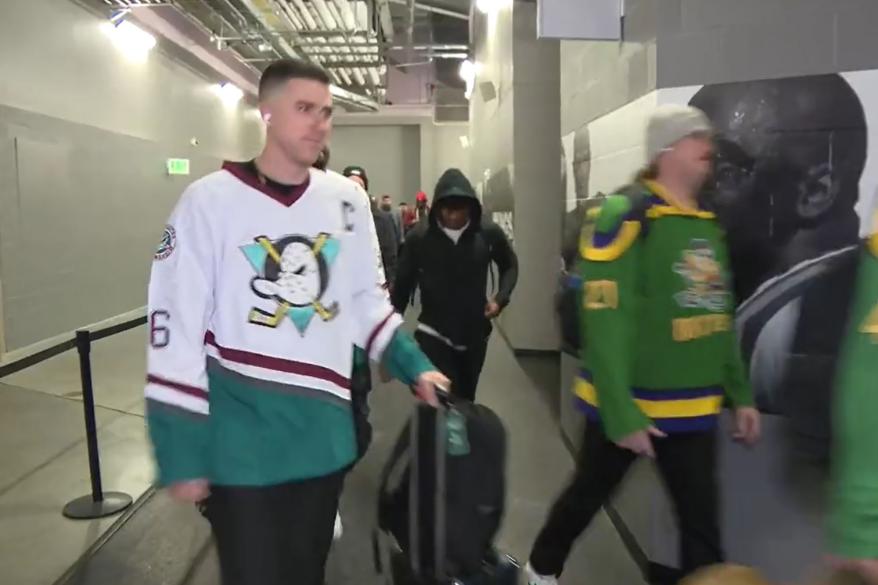 Jets quarterback Mike White and four of his teammates showed up to the Vikings game on Sunday wearing Mighty Ducks jerseys. SNY 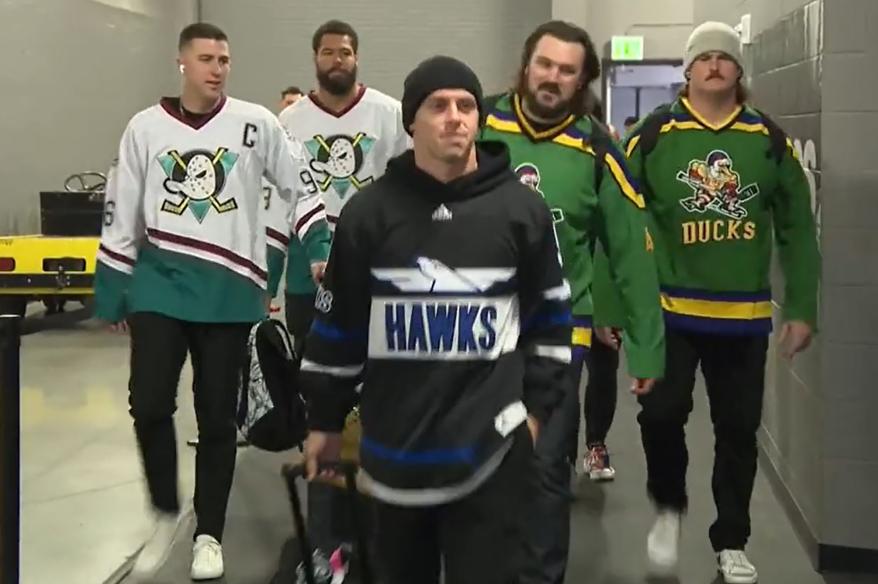 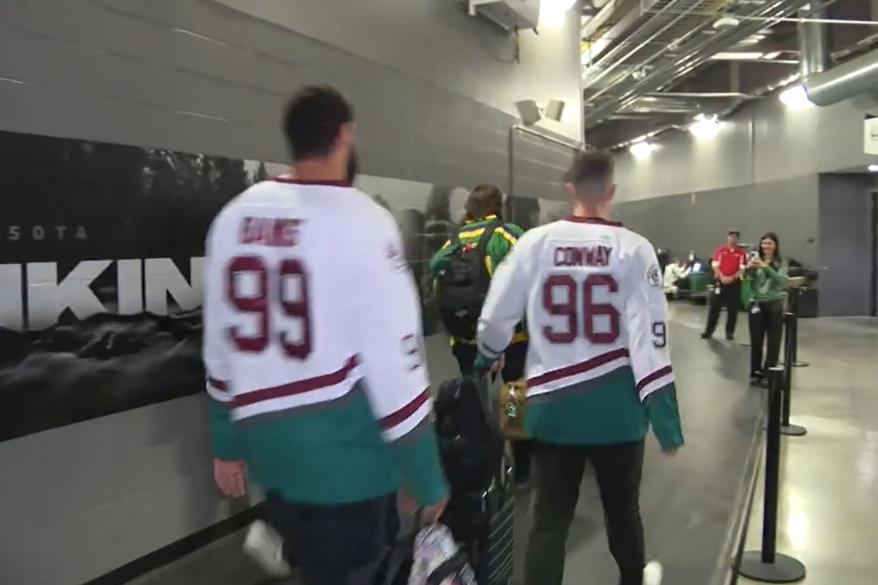 White went 22-for-28 with 315 yards, three touchdowns, and no turnovers in the 31-10 romp, earning him another start on Sunday against the 9-2 Vikings, a step up in competition from the 3-9 Bears.

White had a similar moment last season when he led the Jets to a stunning win over the Bengals. He followed with a brief strong effort against the Colts before leaving injured. White crashed back to earth the following week, throwing four interceptions in a blowout loss to the Bills.

Sunday will go a long way to determining whether White can keep flying this time around.