Mike Tyson fuels up on weed and shrooms before fights: ‘I take psychedelics every day’ Mike Tyson’s fighting fury is plant-based — but it’s not as health-conscious as it sounds.

Ahead of fights these days, the legendary once-heavyweight boxing champion fuels up on magic mushrooms and weed, allowing the high to tame his infamous “aggressive” rage in the ring.

“I like taking mushrooms and smoking before fighting. I take psychedelics every day, mushrooms,” Tyson, 56, explained to Muscle and Health Magazine this week.

The heavy-hitter’s admission to drugging up came just before he was spotted in a wheelchair, being rolled through Miami International Airport by an attendant Tuesday. The alarming scene closely trailed sights of him using a walking cane, owing to a sciatica flare-up in his back, while in New York City last month. 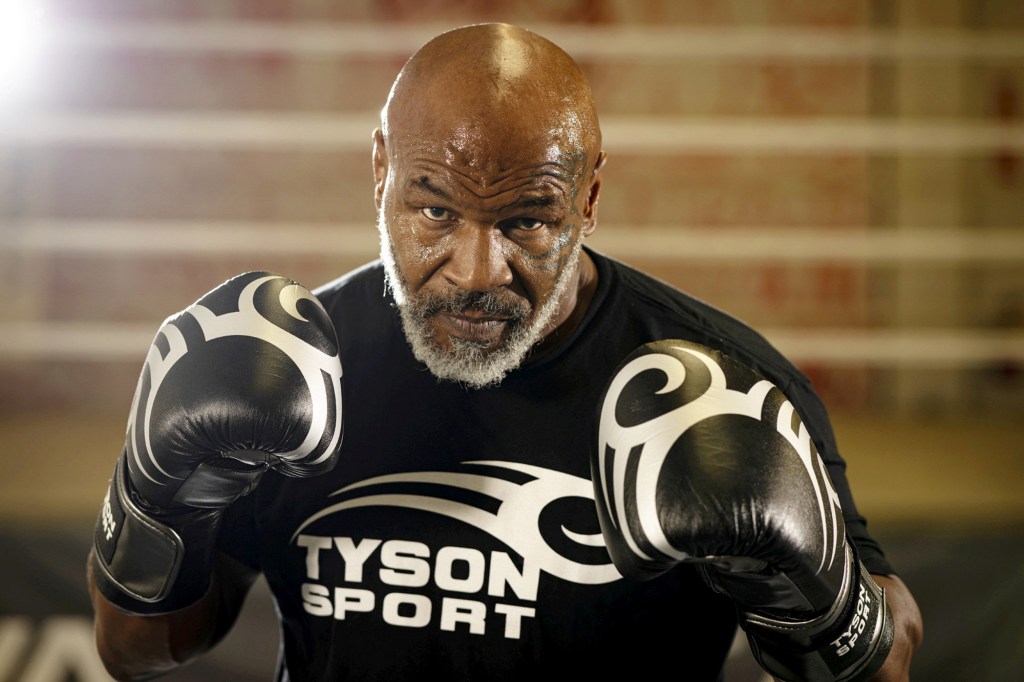 Tyson says he gets high on weed and mushrooms every day in an attempt to improve his boxing performance.Peter Svenson / SWNS

His physical wellness notwithstanding, Tyson told Muscle and Health that weed is his cure-all before working up a sweat.

“Cannabis is good to workout on for me. I just wish I was smoking back when I was fighting — I really lost out there from an athlete’s perspective,” added the sports icon, notoriously known for biting off a chuck of opponent Evander Holyfield’s ear during their WBA Heavyweight Championship match in 1997.

“If I’d smoked during my boxing career, I probably wouldn’t have been so aggressive,” he continued. 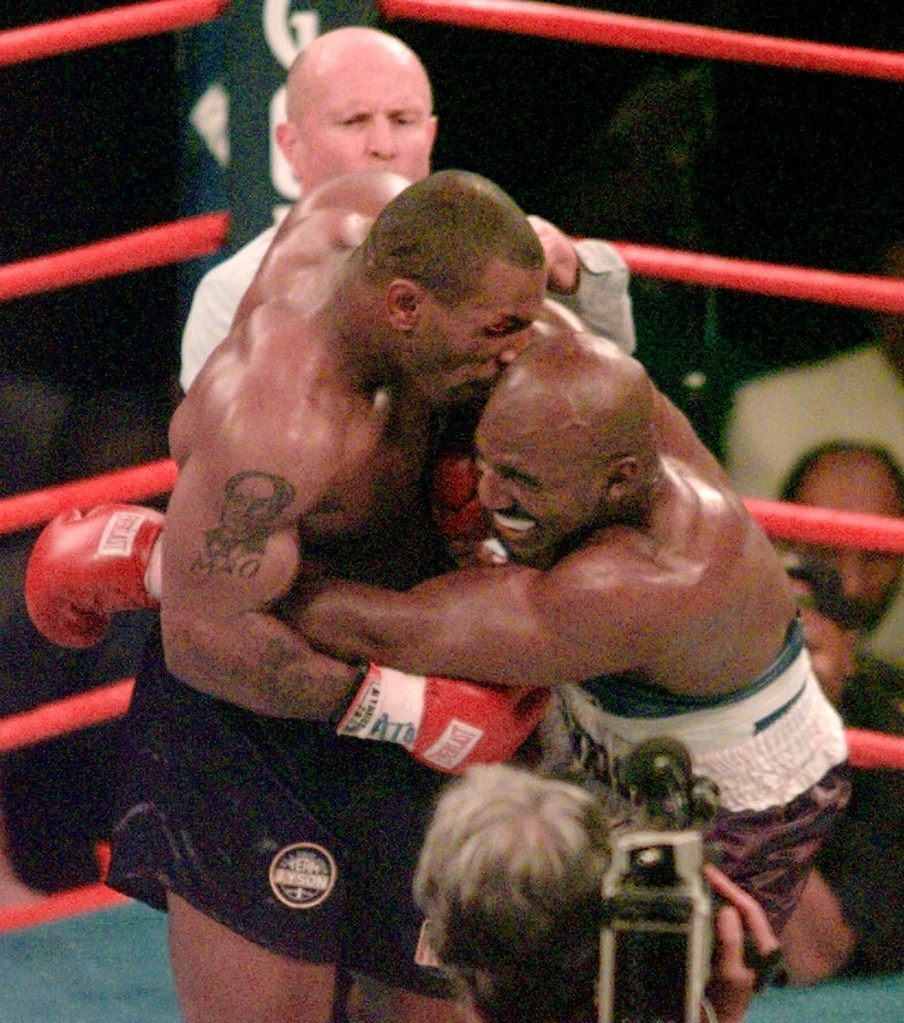 Tyson was suspended from boxing after sinking his teeth into Holyfield’s ear during their face-off in ’97. AP

Tyson — who was indefinitely suspended from boxing after the bloody attack and has recently returned to the ring — is now posed to roll out his eponymously titled cannabis company Tyson 2.0.

As the CEO of the brand, the Brooklyn native is most proud of his best-selling “Mike Bites,” which are THC-laced edibles cheekily named as a nod to his assault on Holyfield, now 56. The sweet weed treat is also molded to replicate Holyfield’s ear.

“I can now regain what I lost because I’ve been so successful with Mike Bites and other ear-related merchandise,” said Tyson, endearingly hailed “Iron Mike” in his prime.

“It’s like making lemon out of lemonade when you think about it, because I got severely fined for the ear bite and all these years later it’s turned into a blessing,” he added. 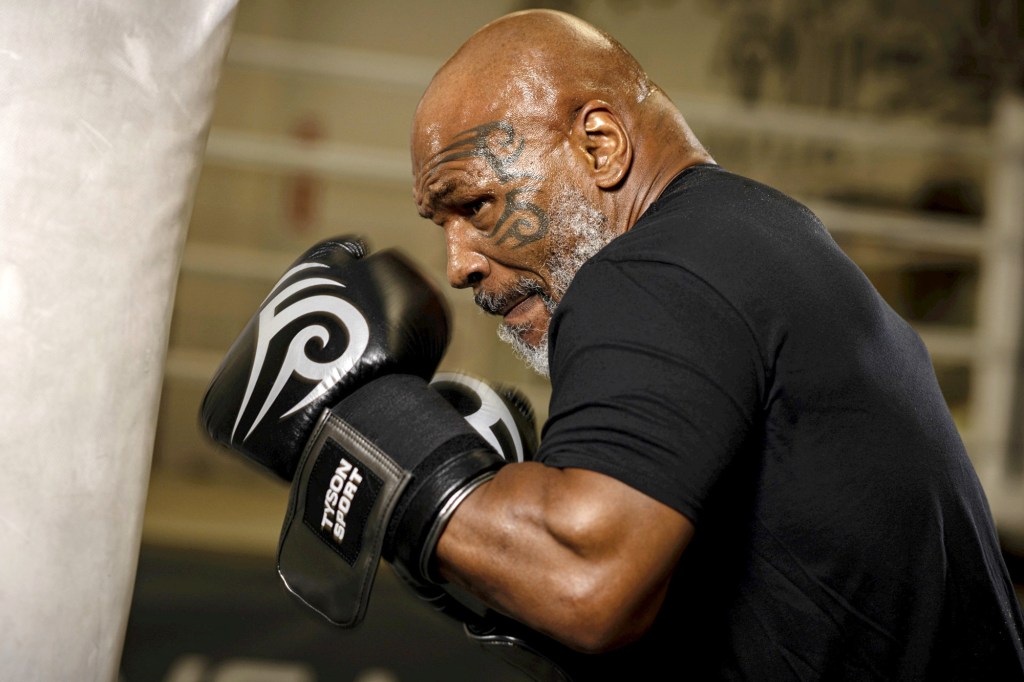 In 1997, Tyson shockingly bit a chunk out of opponent Evander Holyfield’s ear during a championship fight. Peter Svenson / SWNS

And he says diehard boxing buffs are eating up his self-deprecating jab at the incident.

“I’ve been making hundreds of thousands of dollars just from images of biting people’s ears,” he went on. “It’s just incredible and I’m very grateful. It could have been bad. It could have turned out really bad.”

And when he’s not busy popping a shroom, smoking a joint or dealing ear-shaped goodies, Tyson is lending his signature zing to the silver screen. 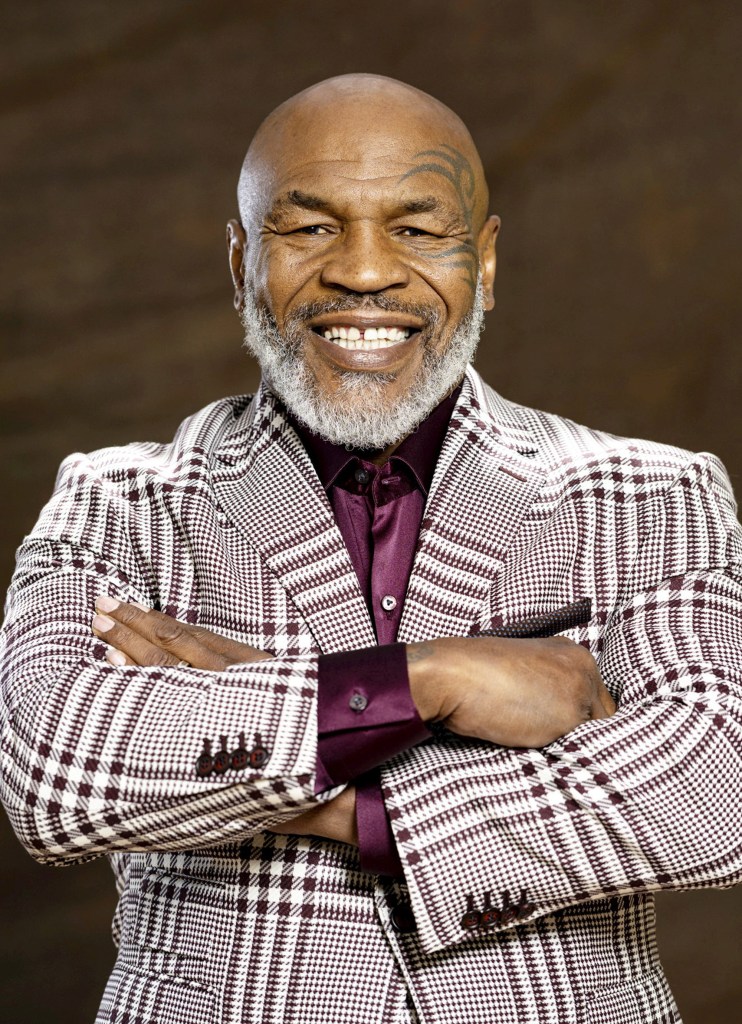 In the decades since his attack on Holyfield, Tyson has been able to parlay the incident into a lucrative merchandise chain. Peter Svenson / SWNS

“I’ve just finished filming ‘Vendetta’ with Bruce Willis,” explained the multi-hyphenate, who shined as a guest star in the “Hangover” trilogy.

“I didn’t have the chance in our movie to interact [with Willis] personally, but we’re good friends,” he said. “I was acting alongside Thomas Jane who played the lead role in The Punisher. I got to play with some really fun guns.”

But Tyson isn’t limiting his acting chops to comedies and action flicks.

“I’ve also been working on a Bollywood movie. I enjoy being on a stage. I like being on stage,” he confessed.

“I could even belly dance if someone taught me!”

tyson fuels shrooms before fights psychedelics every
Read The Rest at
nypost.com