Some 17 million viewers tuned in for Michigan’s 45-23 victory over Ohio State on Saturday. That makes it the most-watched regular season game ever on Fox, and the largest on any network since 2011.

The matchup between the Big 10 rivals saw the viewership peak at 19.6 million viewers, up three percent over last year’s game on Fox. 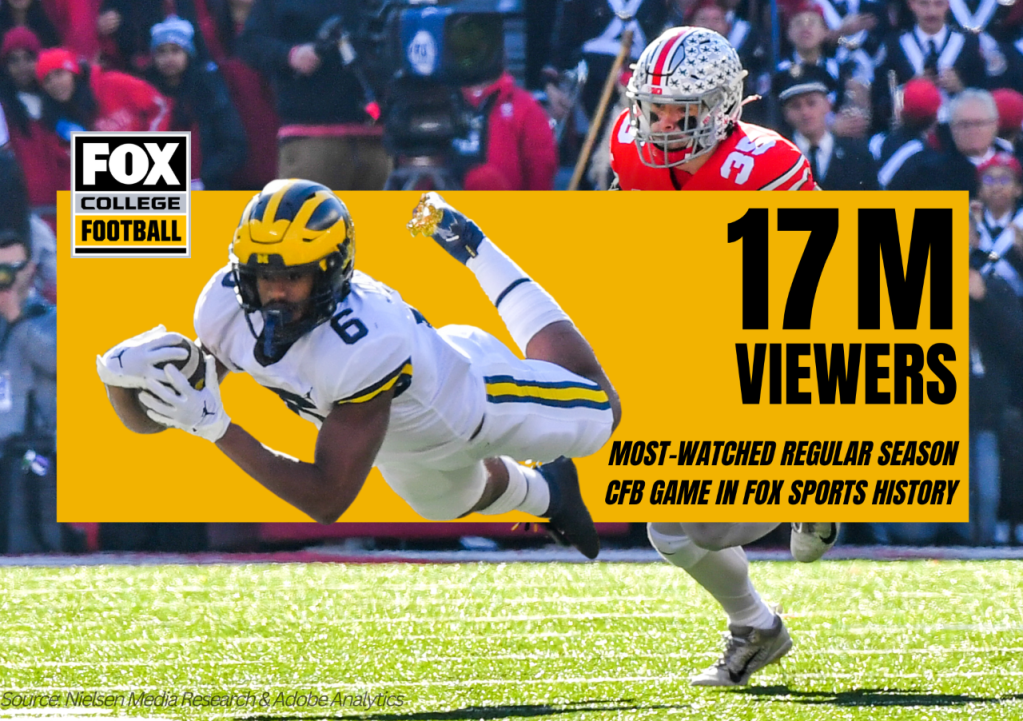