The former First Family was no stranger to being locked down.

Former First Lady Michelle Obama was the guest on “The Late Show with Stephen Colbert” for the first time since the Covid-19 Pandemic to promote her new book “The Light We Carry.”

Michelle called the book “a little Covid project,” filled with tools and methods she used to ride out the uncertainty of the world during the lockdown.

“The goal from me, through this book, is to start a conversation,” Michelle explained. “We need to reconnect.”

All the lockdown talk prompted the “Late Show” host to ask how the Obamas dealt with their time in isolation.

“You know, the interesting thing is, Barack and I probably did better than most in lockdown because we kinda lived in lockdown for eight years.”

The 58-year-old former First Lady revealed that during Obama’s presidency, the family has always lived in a lockdown-ish environment.

“You literally can’t even go outside for a walk without notifying somebody. Your footprint is smaller than you imagine,” she explained to Colbert.

The Chicago native explained that she already had techniques to “stay sane” and “keep moving” because of the restrictions that came with her husband’s occupation.

But, when their girls came home from college, “that was a whole other thing,” Michelle explains.

The former First Lady said it was nice to have her daughters, Malia and Sasha, back from college.

Michelle was amazed that her daughters were able to continue their schooling over zoom. 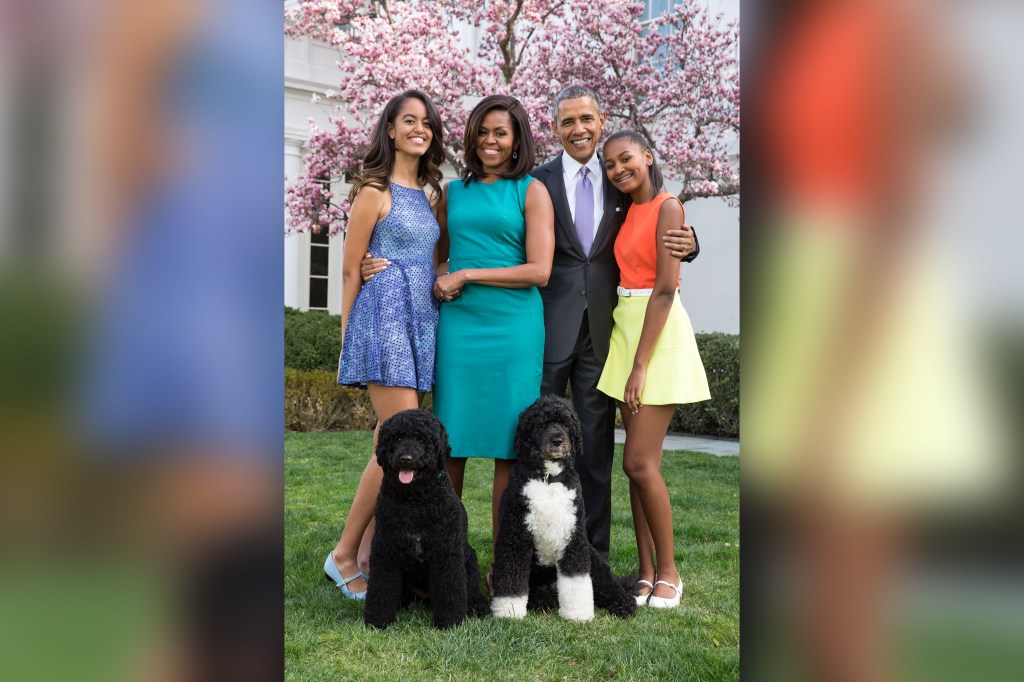 Even though the world halted during the lockdown, Michelle was happy to have her daughters back home. Getty Images

“If I were them, I’d probably be cutting or turning the sound off.”

The Chicago native went on to explain that before the lockdown went into full effect, she made sure that their home was well stocked with games, art supplies, and sowing needles. Anything to keep them occupied during the uncertain times the world was going through.

Colbert then asked her what she did to keep herself occupied during the lockdown.

“I was knitting,” Michelle excitedly proclaimed.

The nights during the dog days of lockdown in the Obama house would involve things like playing spades and art competitions involving paintings each family member would work on.

The Late Show host finished by asking the former First Lady who had the best painting.

“Mine,” she responded, with a smile.