He noticed it quickly, seeing 91 mph and 93 mph on his fastballs when he stole glances up at the scoreboard. On a cold April night in which he probably had to warm up more, Michael King did not have his best stuff.

His sinkers and four-seamers were a tick slower than usual. Not much was crisp.

But it didn’t matter. Feeling good or feeling cold, he is stringing together scoreless outings and has become perhaps the biggest weapon out of a bullpen filled with them.

King pitched another 2 ¹/₃ innings without allowing a run in the Yankees’ 5-2 win over the Orioles at the Stadium on Wednesday night, presenting an every-few-days option that manager Aaron Boone is happy to use.

“Not having anything, I felt like I still had good command of my sinker and a good slider today. But if I didn’t have anything and I still got outs, that would be the happiest I am with my own performance,” said King, who had the entire arsenal working in his previous appearance, a three-inning, eight-out masterpiece against Cleveland on Friday. 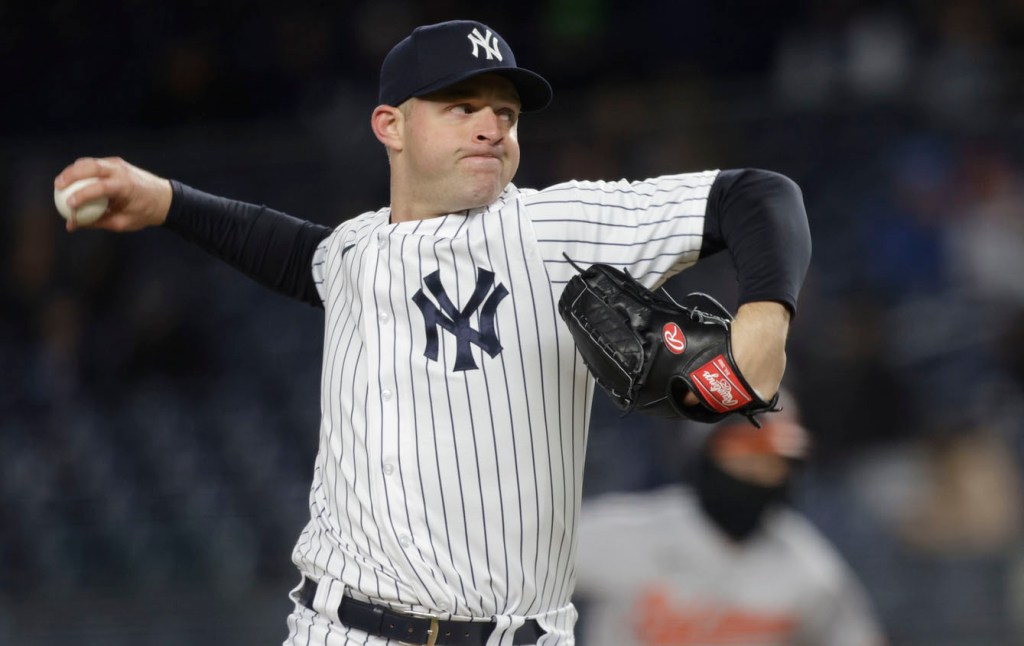 “When I have all four pitches, I should be able to get outs,” King added. “So definitely not having the velo early and then figuring it out late and still getting outs is nice.”

Through his past 8 ¹/₃ innings in four games pitched, the potential swingman has not allowed a run while striking out 14, surrendering just four hits and two walks.

He is typically being asked for multiple innings at a time, which is why he hadn’t pitched in five days, but when he is fresh he has been untouchable. No reliever in baseball has more strikeouts than King’s 20.

On Wednesday, King stayed away from his changeup and ran four-seamers, sinkers and sliders at Baltimore batters. He inherited a runner from Jordan Montgomery in the sixth inning, and King allowed a lightly hit, chopped single past first base to put runners on the corners. But the righty induced a pop out from Robinson Chirinos to escape unscathed.

Through the seventh and eighth innings, King didn’t allow a ball to reach the outfield and only allowed a base runner on a walk to Trey Mancini. He passed the ball to Clay Holmes, who recorded his second save on a night King recorded his second win.

The Yankees’ 2.71 bullpen ERA was sixth-best in baseball upon the conclusion of their game, and King’s ERA is all the way down to 0.69.

“He’s got a full arsenal that he can attack with,” Boone said. “I just think he continues to improve in the strike-throwing department, and that’s probably just a result of experience and being more and more sound and comfortable in his delivery.