MJ, the new musical inspired by the life of Michael Jackson, will begin performances on Broadway December 6, with an opening night set for Tuesday, February 1, 2022, at the Neil Simon Theatre, producers announced today.

As previously announced, MJ, which will star Tony Award nominee Ephraim Sykes, features a book by two-time Pulitzer Prize winner Lynn Nottage and a score made up of Jackson’s hits. Christopher Wheeldon will direct and choreograph.

Producers Lia Vollack Productions and The Michael Jackson Estate made the announcement this morning. 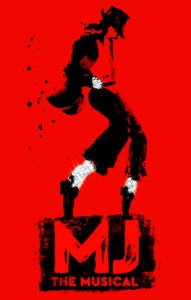 Anyone who previously purchased tickets to MJ at Ticketmaster.com will be notified via email about pre-sale priority access to purchase tickets for the new dates. Tickets will be on sale for the general public beginning Tuesday, May 18 at 10 am ET.

MJ originally had been set to begin Broadway previews on July 6, 2020, with an opening night of August 13, then initially postponed to March 2021 due to the pandemic shutdown.

The musical, which is not expected to focus on Jackson’s personal life or controversies, depicts the Thriller star and his collaborators as they rehearse for the 1992 Dangerous Tour.