Mets’ resiliency not enough in crushing loss to Cardinals The Mets aren’t going down without a fight, but that alone wasn’t enough on Tuesday night.

After temporarily staving off defeat with Javier Baez’s game-tying home run in the bottom of the ninth, the Mets still suffered a crushing loss in 11 innings, falling to the Cardinals 7-6 at Citi Field.

Jake Reed, who was activated off the injured list earlier in the day, gave up three runs on three singles in the top of the 11th after the Mets had already used up Aaron Loup, Jeurys Familia, Trevor May, Edwin Diaz and Heath Hembree to cover four innings of relief — with Seth Lugo unavailable because of his recent workload.

Pete Alonso drilled an RBI double in the bottom of the 11th to make it 7-5 before the Cardinals intentionally walked Baez. After Jeff McNeil grounded into a fielder’s choice, Kevin Pillar reached on an error that scored Alonso to get the Mets within one run.

But pinch-hitter Albert Almora Jr. grounded out to end it as the Mets (72-74) dropped their second straight game with their playoff hopes taking another hit — now four games back of the Cardinals (75-69) for the second NL wild card with 16 games left. 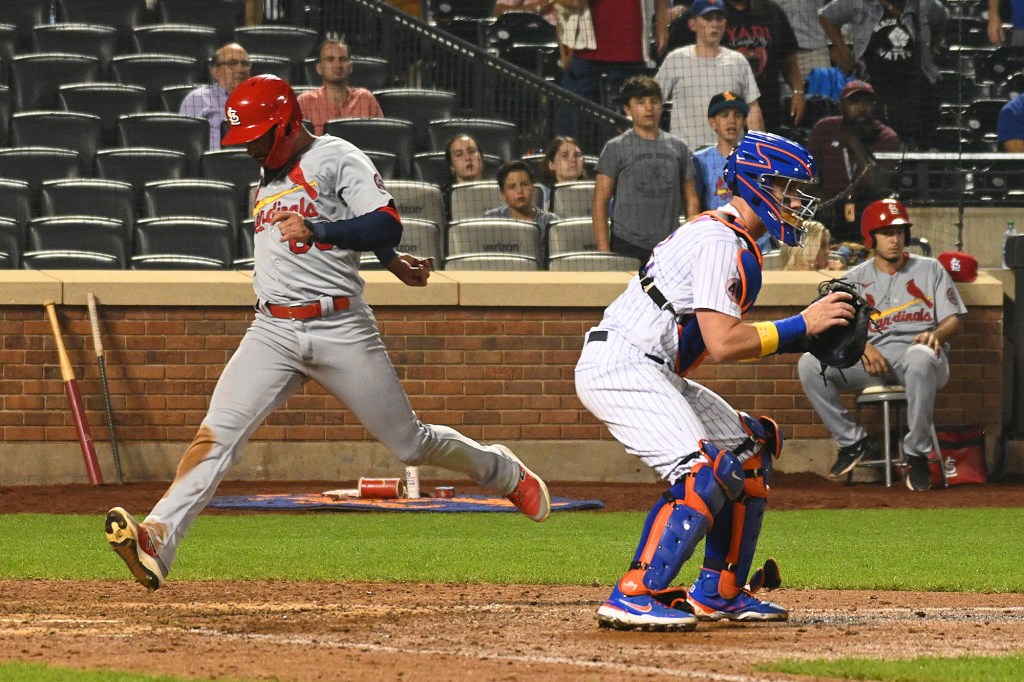 The Mets fell to the Cardinals in extra innings Tuesday.Robert Sabo

“Pretty frustrated,” said Marcus Stroman, who gave up two runs over six innings but was removed after 89 pitches. “Obviously we work extremely hard and our goal is to make the playoffs and go deeper. Definitely not happy at all.”

The Mets had a prime chance to win it in the bottom of the 10th after putting runners on the corners with one out. But Alex Reyes got Francisco Lindor to ground into a double play — perfectly executed by Paul Goldschmidt, who fielded the ball, stepped on first and threw home to Yadier Molina, who gunned out Pillar in a rundown to escape the jam. 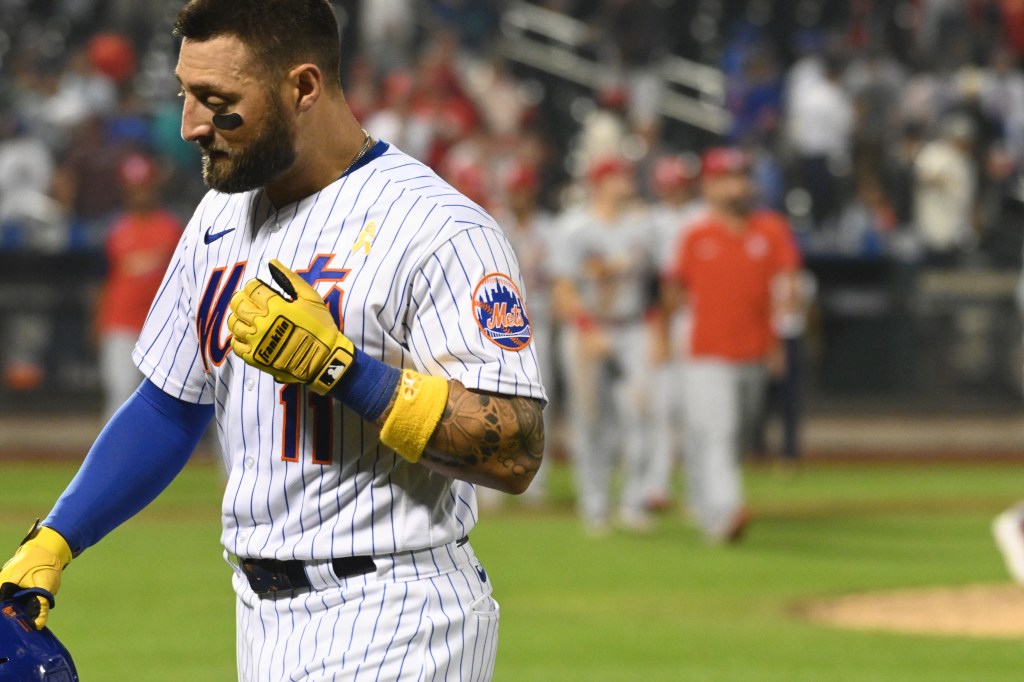 Kevin Pillar walks off the field after the Mets’ final out.Robert Sabo

Stroman’s early exit was one of multiple pitching decisions that left manager Luis Rojas to be second guessed. Rojas did not push Stroman into the seventh, citing his heavy workload this season — he started his league-leading 31st game Tuesday and climbed to 169 innings after not pitching last year.

“He couldn’t come back out,” Rojas said. “Stroman tonight, he was fatigued for all the innings that he’s [been] used.”

Loup needed just seven pitches to retire the bottom of the Cardinals order in the seventh. But Rojas went to Familia for the eighth — entrusting him with a one-run lead to start the eighth inning for the first time all season — liking the way his sinker matched up against the top of the order. Instead Familia walked Goldschmidt before serving up a two-run homer to Tyler O’Neill on a sinker that turned a 3-2 Mets lead into a 4-3 Cardinals advantage.

“At this point in the season, we would love for everyone to leave their arm out there — that would be, for me, ideal — but sometimes it’s just not real,” Rojas said. “I can’t ask any more of the guys. Right now it would be unfair. I can’t put them in a situation where it would compromise anything else — their stuff, their health.”

Baez had worked his magic in the bottom of the ninth, leading off with a solo home run that tied the game 4-4 and had the crowd of 21,825 chanting his name, which he answered with a curtain call. It was the Mets’ first hit of the game since Baez’s bunt single in the first inning.

The Mets’ missed opportunities offensively were also responsible for the loss. Michael Conforto put them ahead 3-2 in the fifth with a sacrifice fly after three walks loaded the bases, but they couldn’t add on as Pete Alonso struck out (slumping to 0-for-19, which became 0-for-20 before his 11th-inning double) and broke his bat over his knee.