Before the Mets’ game Sunday, manager Buck Showalter noted that Pete Alonso doesn’t get enough credit for how smart a hitter he is.

As it turns out, being a little lucky doesn’t hurt either.

Alonso capped off a strong series against the Braves with a dash of good fortune, allowing him to give the Mets a lead for the third straight game in what became a 5-2 win at Citi Field.

In the second inning, with one out and runners on first and second, Alonso roped a ground ball down the third-base line that hit off the bag and sprung over Austin Riley’s head. The ball trickled into left field as Alonso reached on a double that scored both runners to put the Mets up 2-0.

A day after giving the Mets the lead first in both games of a doubleheader sweep, Alonso registered his 94th and 95th RBIs, extending his National League lead and pulling him with in two of Yankees outfielder Aaron Judge for the most in MLB. 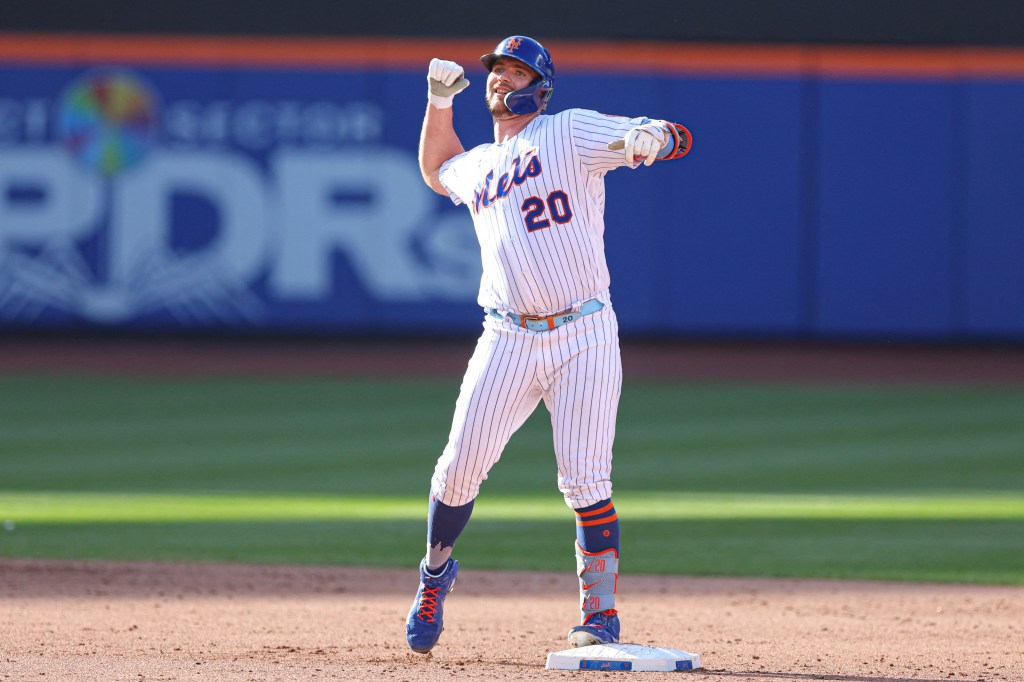 “With Pete, sometimes we miss how good a hitter he is,” Showalter said.

The Mets piled up 34 runs in the five-game series, only six of which scored on home runs (that included a two-run shot by Alonso on Thursday night). Instead, they leaned on station-to-station rallies, putting the ball in play and making things happen on the bases.

“We’ve definitely elevated our game,” Alonso said. “We want to continue to do that as the season progresses. We just want to continue to pass the baton and put together high-quality at-bats. I feel like we’ve been doing a really good job of that as of late.”

Of Alonso’s 95 RBIs, 18 have been game-winners and 28 have been go-ahead RBIs, showing his knack for coming through in the clutch, a quality that Showalter said he believes is real. The manager pointed to Alonso’s mindset to explain what makes him prone to delivering in the clutch.

“It’s remarkable how consistent he is personality[-wise] and from a competitive standpoint,” Showalter said. “I’ve never heard anybody come up to me and say, ‘Pete’s in a bad mood. Pete’s having a bad day.’ We talk through some things and get his opinion on it. I don’t think people realize how smart a hitter he is.” Handling of Braves about as perfect as it gets...