ATLANTA — Max Scherzer wasn’t going to let his mind wander after the tarp was dragged onto the field during the third inning Wednesday.

Unsure if he would get to pitch again, Scherzer remained in the tunnel leading to the visitor’s dugout at Truist Park and focused on the potential task ahead.

After a 34-minute rain delay, Scherzer resumed pitching. Overall he lasted 6 ¹/₃ innings and allowed four earned runs on three hits and three walks with eight strikeouts in the Mets’ 9-7 victory over the Braves. 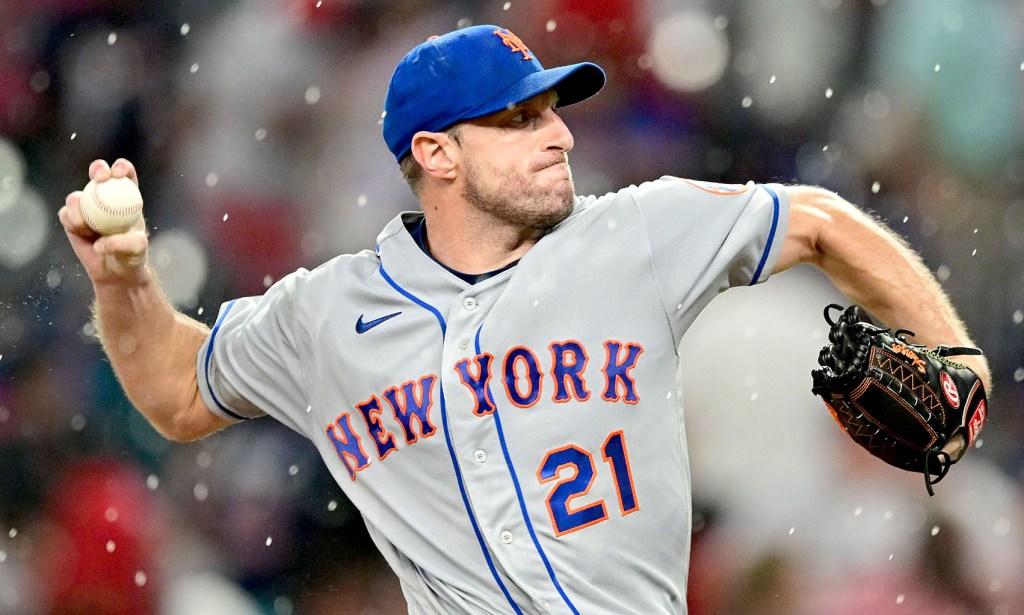 “You have to stay locked in mentally,” Scherzer said, referring to the rain delay. “You can’t come off one ounce mentally. You are in the game. There are plenty of times where it gets long and deep and you almost think you are going to be pulled out of the game and then all of a sudden it breaks and you are back in there.

“For me I was locked in, stay in the tunnel. The rain let up, I was able to get into the bullpen and throw a few pitches and it did affect me a little bit of how I was getting my mechanics back in there, but was able to settle back in and pitch deep into the game.”

It was especially important for Scherzer to continue, given that the Mets’ previous two starters, Carlos Carrasco and Taijuan Walker, each was removed after only two innings because of injuries, taxing the bullpen.

Scherzer retired 13 straight batters, before the final three he faced reached base in the seventh inning. All three later scored. The four earned runs he allowed matched his season high, and his ERA jumped from 1.93 to 2.15. With the win, Scherzer improved to 199-99 lifetime.

Manager Buck Showalter said as long as the rain delay remained under an hour, he planned to have Scherzer continue in the game.

“The key to the game was Max — he’s something,” Showalter said. “To have all those different things thrown at him and get through that amount of innings, he finally found his step a little bit when we started playing baseball consistently. He never ceases to show me why he is who he is.”

scherzer stayed locked during delay
Read The Rest at
nypost.com Jonah Hill will no longer promote his new...