The Mets have two of the best pitchers in baseball on the mend, with Max Scherzer expected back as early as Sunday and Jacob deGrom believed likely back around the time of the All-Star Game. However, with other injury concerns in their rotation (and surely some continuing deGrom uncertainty), the Mets are among a few teams showing early interest in Reds starting pitcher Luis Castillo.

They’d presumably have interest in other starters, as well, including his teammate Tyler Mahle, who they talked about in winter, and A’s star Frankie Montas, who they’ve scouted, too. Word is, the Twins (who acquired Sonny Gray from Cincinnati) and ultra-aggressive Padres (who wouldn’t seem to have rotational needs) also are in on Castillo, who has another year before free agency and should draw interest from every contender.

In another interesting twist, while the Mets entered Thursday tied atop MLB with the Yankees with 353 runs, they may be in the market for a hitter, too. The trade market isn’t expected to be stocked with bats, but Josh Bell and Andrew Benintendi are among a select few who’d help.

The Mets were seen early as being among the NL teams best equipped to fill DH, as they had multiple candidates. But with Robinson Cano long gone, Dom Smith hovering around the Mendoza line and J.D. Davis’ OPS below .700, there’s room for improvement.

MVP candidate Pete Alonso leads the NL with 20 home runs but is mostly alone as a slugger in a Mets lineup that’s thrived by hitting a league-high .261, hitting better than anyone with men in scoring position (.289) and generally setting the standard for opportunism. Another big bat — preferably a lefty (or switch hitter like Bell) — behind Alonso, could make the Mets more formidable. 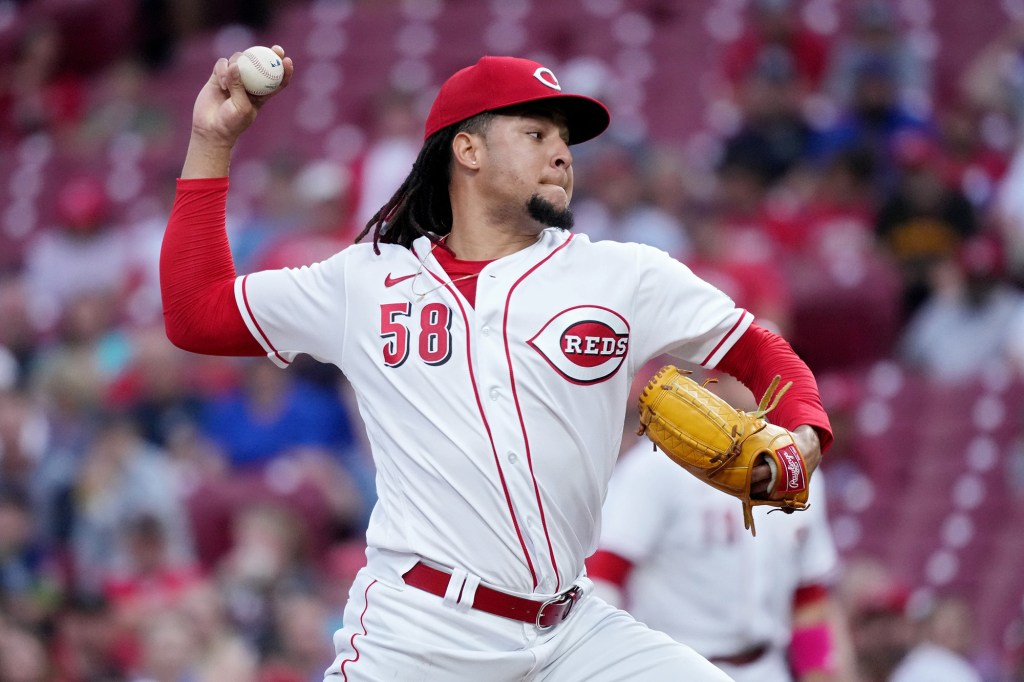 With superstar Juan Soto all but certain to stay with the Nats, and hitters in short supply, it will be a seller’s market. The Mets (and many others) would have loved a shot at Soto, but a couple of his teammates (not just Bell but also the ageless Nelson Cruz) may be among the better options in a market where overpays are expected with a very limited supply.

Bell (.852 OPS) is having perhaps the best year among available hitters, but Benintendi could also may fit since he plays outfield, where the Mets have experienced occasional injury absences. Other hitters expected to hit the market include Trey Mancini, David Peralta, Carlos Santana, Ian Happ, C.J. Cron and Jed Lowrie (obviously not a Mets option following his hitless Mets career). Yet another Mets’ option could be a surprise call-up of top prospect Francisco Alvarez, who’s tearing it up lately at Double-A Binghamton. While a catcher by trade, a DH role at age 20 might be more realistic (though he has only about 200 at-bats at Double-A).

Although the Mets haven’t been overly offensively productive at catcher, starter James McCann is expected back soon, and his game-calling is appreciated; the pitchers have a 2.67 ERA with him behind the plate. The Mets are also expected to look to improve the bullpen, particularly from the left side. There will be many relievers available, but with huge demand, that, too, will be a seller’s market.